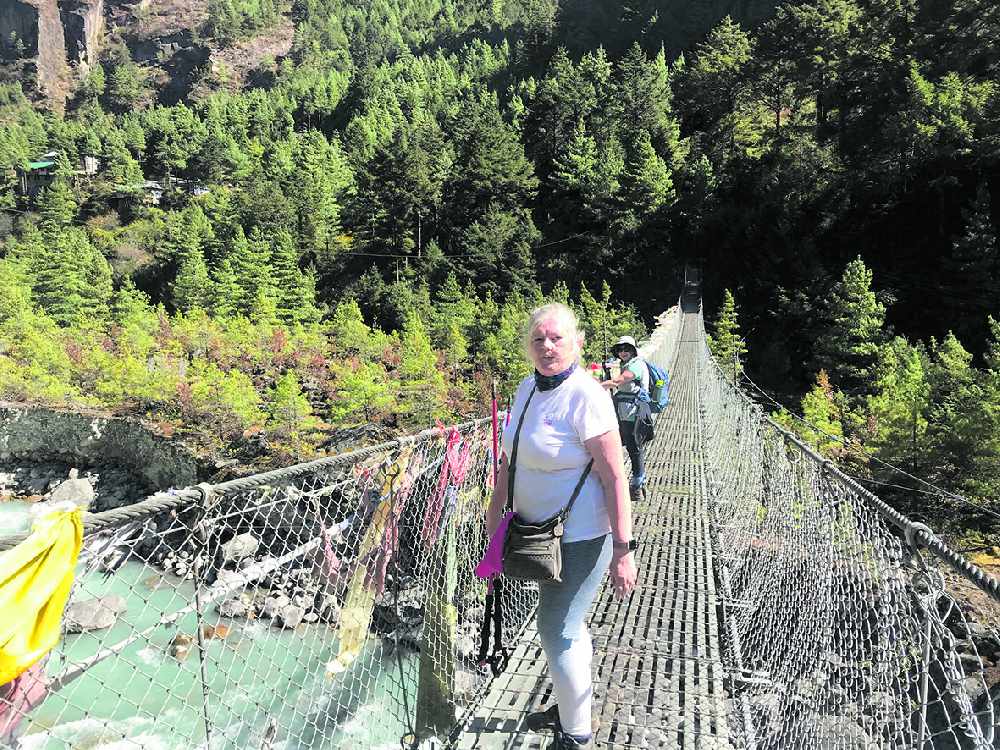 There ain’t no mountain high enough for Glossop’s Debbie Lees who took on the challenge of trekking to Everest Base Camp to raise £3,265 for Prevent Breast Cancer

They faced sub-zero temperatures and tough terrain to raise an incredible £117,253 for the Manchester-based charity, the only one in the UK that focuses solely on the prediction and prevention of breast cancer.

It’s a cause that is particularly close to Debbie’s heart, as she was diagnosed with breast cancer in 2002.

After samples from her breast and lymph nodes showed that she had the disease, she was told she would need a mastectomy.

Debbie, 61, who was born with facial paralysis, found it a difficult decision to make.

She said: “As I have had facial paralysis, I felt that if I ever did get something like breast cancer, I wouldn’t want a mastectomy.

“Having lived with a disfigurement all my life, I didn’t want another. However, my prognosis without it wasn’t very good, and I knew I needed to do it for my children.”

Debbie was treated at The Nightingale Centre in Wythenshawe, where Prevent Breast Cancer is based, so she said she felt it was meant to be when she received the newsletter about the Everest Base Camp Trek.

Debbie added: “The trek is one of the toughest things I have ever done, but the fabulous amount that we have raised and my wonderful fellow trekkers – some of whom I am sure will be life-long friends – also made it one of the most amazing experiences of my life.”

Nikki Barraclough, Executive Director of Prevent Breast Cancer, who also took part in the trek, said: “It’s thanks to people like Debbie that we are able to promote awareness of Prevent Breast Cancer and raise vital funds to go towards research, to make sure that we’re doing everything we can to protect future generations from this devastating disease.”

To donate to Debbie, visit: https://uk.virginmoneygiving.com/Team/MadOldBirds

DEBBIE LEES: Taking a break on a bridge on the way to Everest base camp.