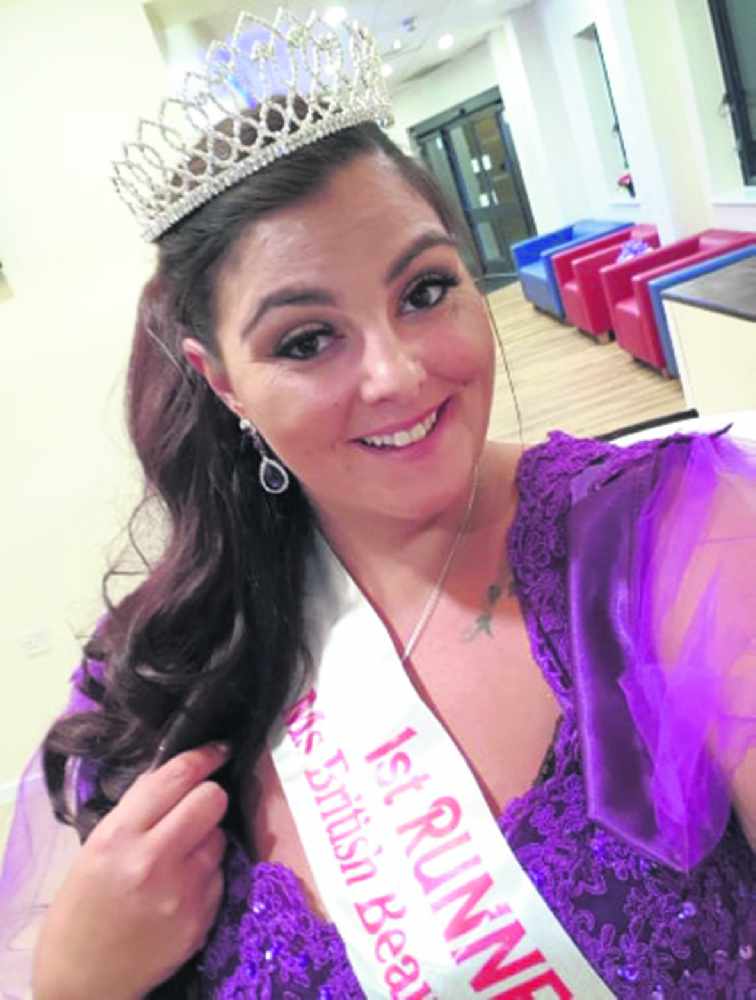 A Gamesley mum who has tackled PTSD, depression and struggled to go out with her children has come first runner-up in a prestigious national beauty pageant.

The competition aims to celebrate ‘diversity in beauty’ and is open to anyone over a size 14.

Stef (pictured), who works as a receptionist, has been competing for four years in a row - first entering in 2015 following a very difficult period.

“I had a tough time. I’d had a miscarriage, then a premature baby and was diagnosed with PTSD, anxiety and depression, but at the beginning of 2015 I said to myself that I’d try to get better.

“I went to see Curve Fashion Festival in Manchester and all the queens from the competition were there. I got chatting and I essentially got bullied into signing up,” she laughed.

“I got on with all the girls terrifically and felt so supported - but it was strange putting on swimwear and walking across a stage in front of so many people when I would never do that at home!”

Stef thanked sponsors Glossop Business Network and Temple Spa Hadfield and High Peak, as well as her ‘long-suffering boyfriend’, two children and parents who made the trip to Kent to watch her strut her stuff.