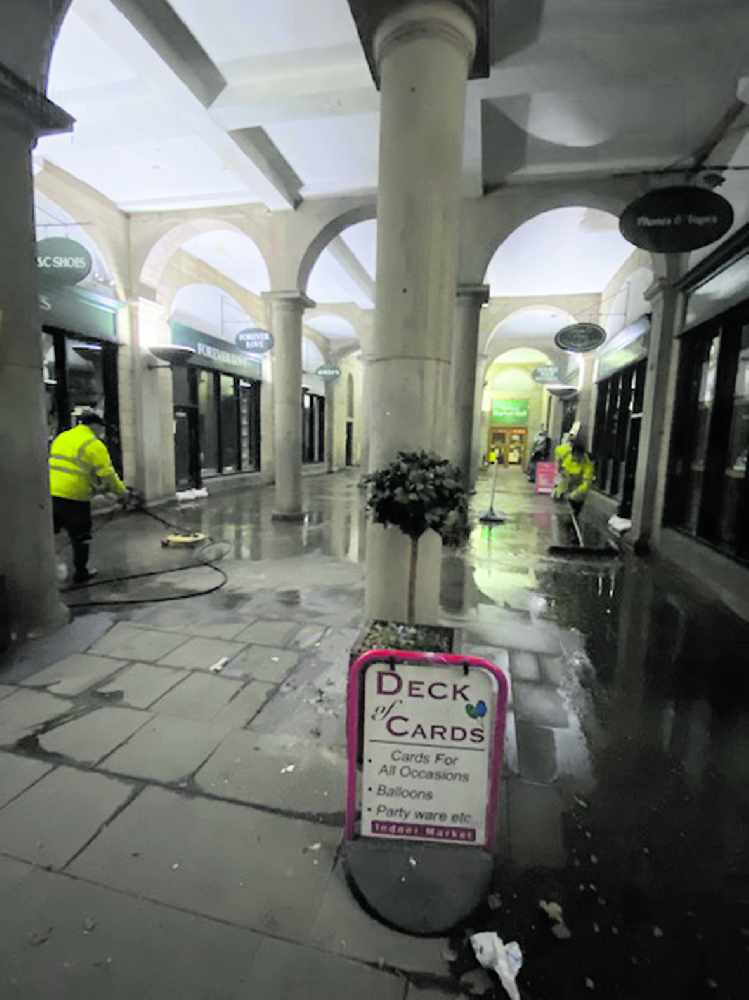 Former councillor Nick Longos thought the worst when he walked past Glossop Market Arcade at around 7pm on Monday and found the metal gate unlocked and wide open.

He said: “There was a generator parked on the roadside with its tubes and pipes leading into the open arcade.

“Fearing the worst, due to recent snow, wind and rain with associated recent Arcade floods, I tentatively entered and was at first shocked to see sandbags piled up around each shop doorway and water everywhere.”

However it was pigeons and not puddles to blame for all the activity.

He said: “The council workmen soon reassured me however that they were cheerfully cleaning up the excessive build-up of years of pigeon droppings.

“The recent cleaning operation was already proving most effective as the interior was looking much brighter due to the cleansed stonework.”