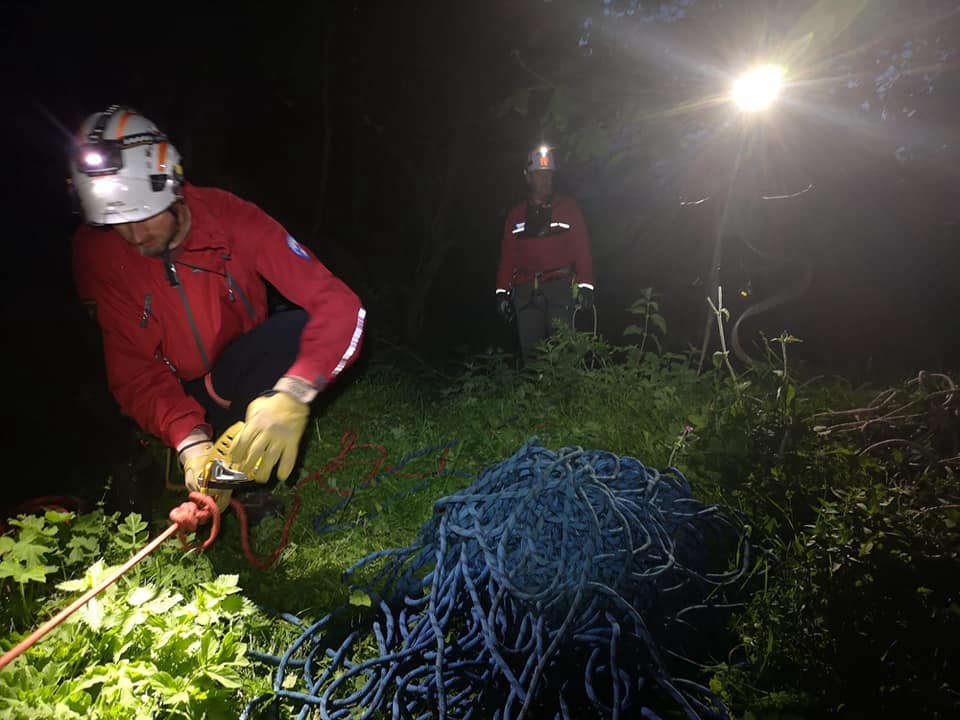 A concert at a Peak District cavern was cancelled after a man dangling from a ledge above it had to be rescued.

Comedian John Shuttleworth was performing his show at Peak Cavern, known as the "Devil's Arse", at Castleton on Thursday evening (19 May) when it emerged that a walker trying to get to the event had got lost, slipped and was clinging to a tree 100ft (30m) above the cave entrance.

Edale Mountain Rescue were called out by Derbyshire Police shortly before 9pm and managed to get the man - who suffered only cuts and bruises - to safety.

A spokesperson for Edale MRT said the man had "followed his sat nav while walking from his overnight accommodation to the cavern" but had "somehow managed to end up on a footpath above the cavern". 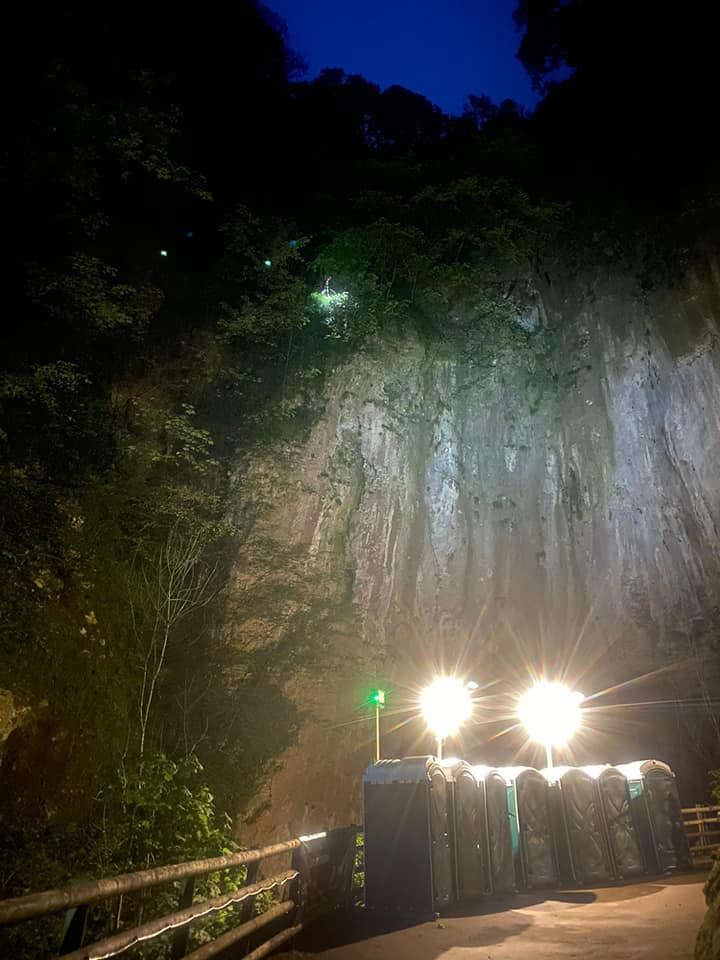 They added: "He came into extreme difficulties and slipped, just managing to catch a tree to arrest his fall, inches from a 100ft drop to the cavern floor.

"Unfortunately the concert had to be cancelled, and people had to be evacuated from the area due to the danger of rocks being dislodged on to the concertgoers below."

A member of the rescue team was lowered to the man and then both were lifted to safety.

After being checked by paramedics and not needing further hospital treatment, the man was given a lift back to his accommodation by a team member.