Changes to Poppy Appeal in Glossopdale this year 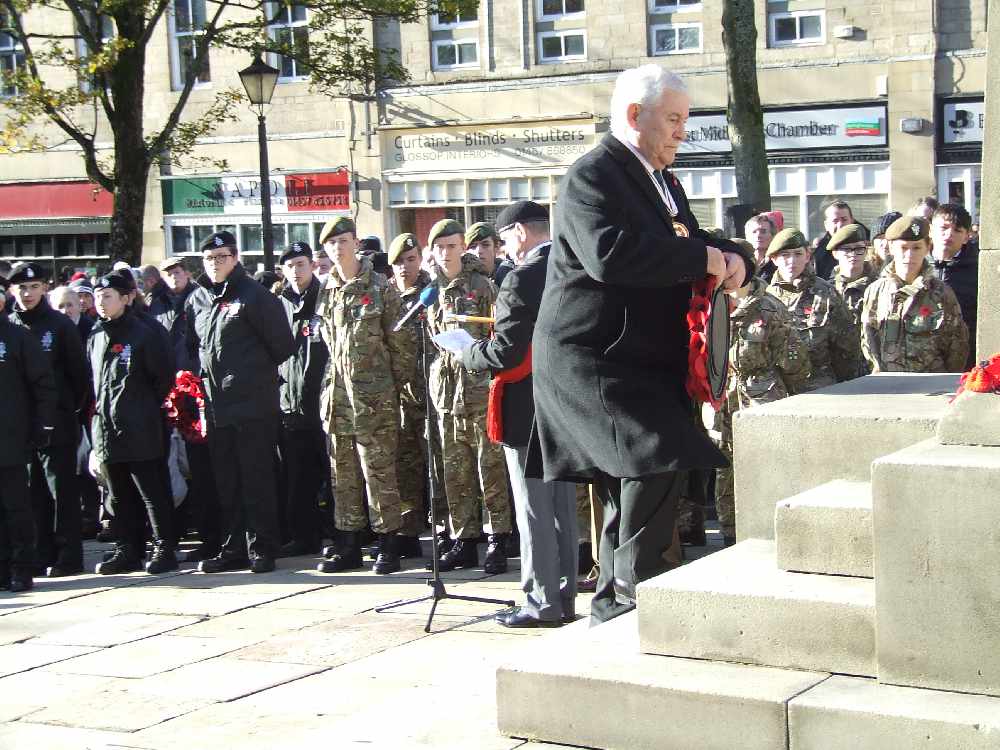 Glossopdale's Poppy Appeal takings are expected to be considerably down this year due to Covid-19 restrictions.

There will be fewer poppies on sale and less places to buy them from.

He said: “There will be no one on the streets selling poppies from trays. The only places they will be on sale are in shops and pubs."

It’s also unlikely that there will be teams of volunteers selling poppies in local supermarkets.

Last year the sale of poppies and wreaths in Glossopdale totalled almost £25,000.

Cllr Wharmby realistically agreed that such a figure is unlikely to be achieved again this year.

But he said the 2019 record amount would cushion this year’s expected down-turn.

Counting the collection cash - which usually takes place in Glossop - will also see a change.

It’s likely to be taken to an out of town counting centre along with the takings from other Royal British Legion branches.

There is some good news however on the sale of wreaths to local groups.

Cllr Wharmby is already taking orders from organisations who want to lay them on the Norfolk Square War Memorial.

Although he confirmed what we revealed last month that there will be no mass organised wreath laying at the Remembrance Sunday service.

High Peak Borough Council is responsible for organising the Norfolk Square service of Remembrance and the exact details have still be finalised.

There will be no parade and no band, just the traditional service at 11am.

It is likely the council will lay a civic wreath, with organisations and members of the public asked to lay their wreath in their own time.