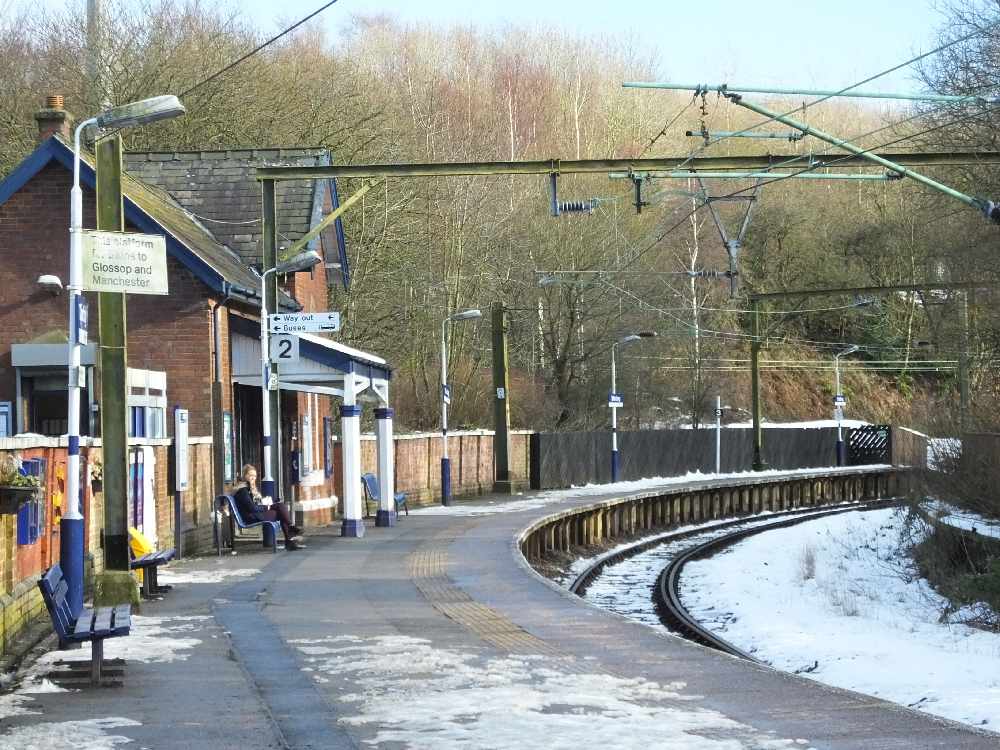 Dinting station has become the third in Glossopdale to have CCTV installed and no one is more delighted than Robert Largan.

The High Peak MP said: "I am pleased that Northern has listened to the hundreds of local people who signed my petition.

"Installing CCTV at Dinting station will help make everyone safer.

"Given that I was once mugged on the train between Glossop and Dinting, it’s fair to say that I’m really happy about this outcome!"

He added: "I am passionate about fighting for better transport infrastructure for our area and making it much easier to travel by public transport. Thank you to everyone who has supported my campaign.”

Mr Largan has been campaigning for over two years to get CCTV installed at the station.

Glossop and Hadfield stations previously had CCTV upgrades and many residents have been concerned that Dinting was the odd station out.

There have been some incidents of anti-social behaviour at the station, which has become significantly busier ever since Glossopdale School relocated to its Hadfield site on Newshaw Lane.

Since being elected, Mr Largan says he has repeatedly raised the issue with British Transport Police, Northern and Network Rail.

Northern are also said to be exploring more improvements at Dinting station.