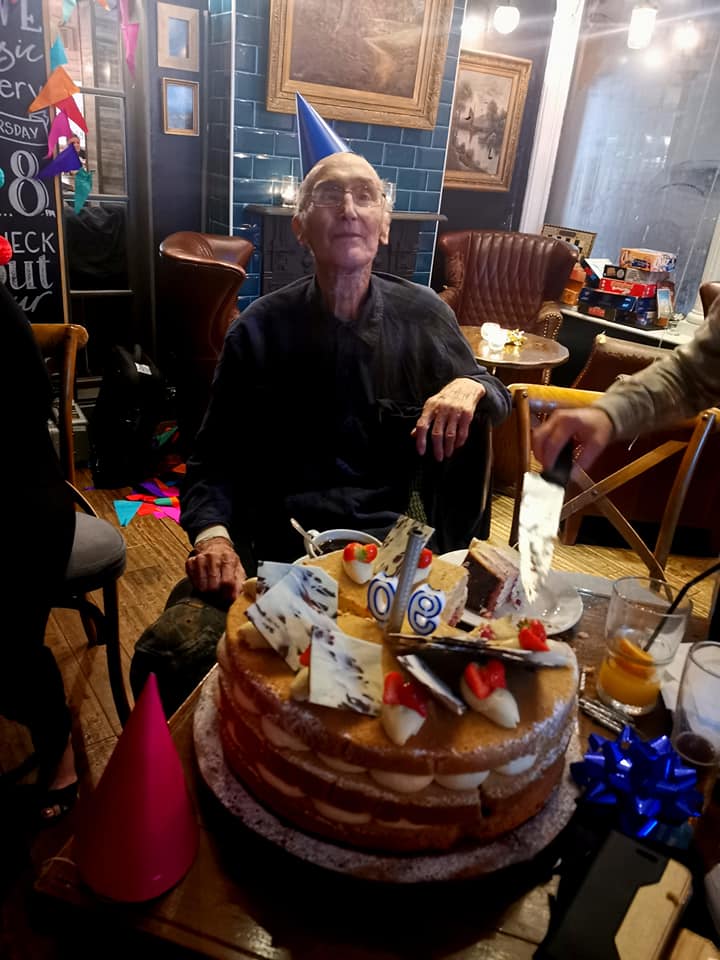 Glossop rallied round once again for Carl Marshall - this time to celebrate his 90th birthday in style.

It included a surprise party, a phone call with a world-famous explorer and even a spot on BBC’s The One Show!

Carl (pictured), who was the subject of an amazing community-wide project that transformed the home he has lived in all his life, made national news last month after the scope of work donated freely by people far and wide was revealed.

His plight was discovered by staff at The Oakwood Pub last year after Carl grew ill due to appalling living conditions in the home - prompting the ‘Helping Mr Carl Marshall’ campaign.

Carl’s unexpected bash started with a call from one of his heroes, the explorer Colonel John Blashford Snell, who founded Operation Raleigh and the Scientific Exploration Society.

A film crew also followed Carl throughout the day, from a lovely meal at The Bulls Head to the surprise party thrown at The Oakwood complete with a cake from Panaderia.