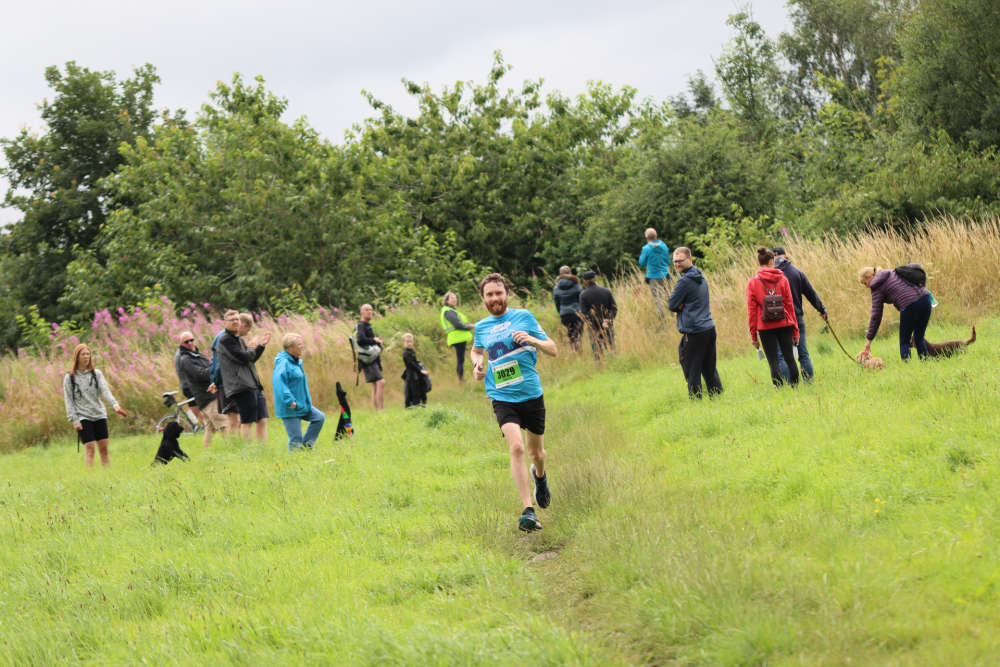 Campaigners trying to save a green space in Hadfield say the recent Tour of Tameside has given their cause a boost.

Day three of the event was held on Roughfields, just off Padfield Main Road - the site High Peak Borough Council has earmarked for housing.

Residents set up the Save Roughfields campaign in December 2020 after they discovered the site was part of the High Peak Borough Council’s Local Plan and had been given ‘accelerated status’ for the development of 102 houses and a new primary school.

Part of the green space has already been lost when it was sold to a housing developer to build the Valehouse Estate.

Roughfields as it currently stands is the final piece of accessible amenity green space between the two villages of Hadfield and Padfield situated in the Dark Peak. The majority of the former farmland has been developed into housing estates over recent years.

Previous campaigns managed to save the current stretch of Roughfields, however as it now stands, the last piece of Roughfields could be lost to a developer.

Save Roughfields campaigner Halina Billingham says the Tour of Tameside proves how important the land is.

She added: “It was brilliant to see so many people turn up to enjoy the fields. Many local people turned out to watch the event and it’s made them even more aware of the importance of this space. Roughfields showed itself to be invaluable to the Tour of Tameside.

“After the event we had lots of people wanting to join our campaign and it’s heartening to see so much support to save the last little bit of green space we have in our village.

“To have people come and see it and appreciate its beauty has been amazing. Since the tour took place I have noticed a lot more people using it to walk their dogs, go running and there are more walkers from out of the area.”

Halina is now planning to hold more events on the fields, including a kite festival, teddy bears’ picnic and activities for young people. A series of well-being walks have already been established.

The Save Roughfields Campaign has more than 1,600 members. It’s won some financial help from Cllr Ollie Cross’s Deputy Mayor Fund which will be used to provide activities for younger people. Peak Active Sport has also been asked to come up with a programme of events to get even more people using the fields. Photographers have also been taking pictures of people using Roughfields to compile an exhibition of how well used the area is.