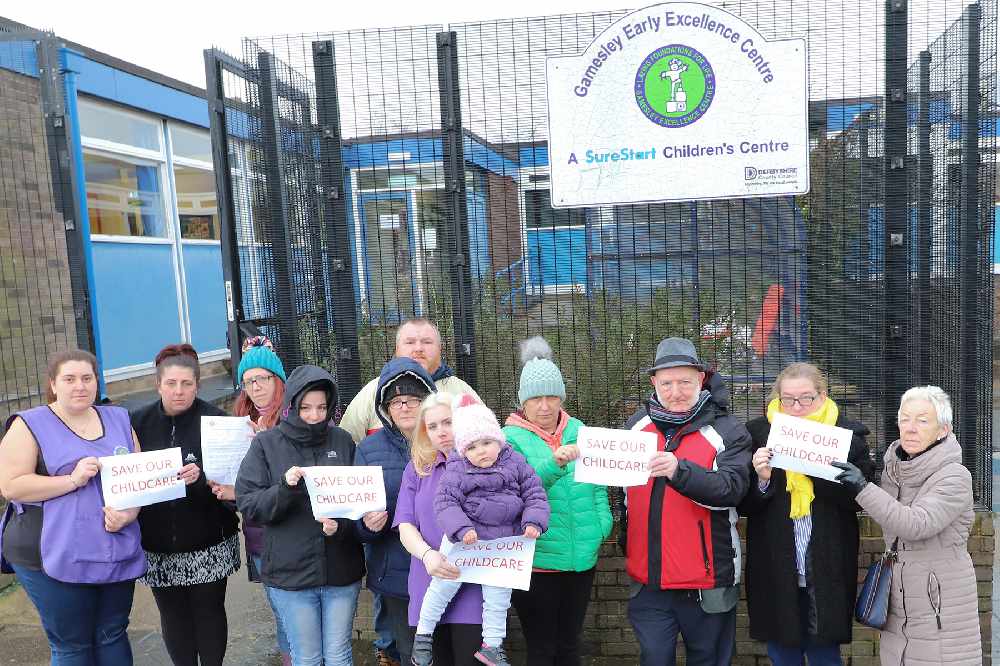 The company runs services in Gamesley Nursery for children under two years old and the out-of-school club, which runs all year round rather than just term time.

But in a letter to parents, CIC says a ‘number of significant costs’ means the company is no longer viable and its childcare services will end on March 31.

Liam Holly, who has organised the petition, said: “My little girl Abbi goes to day care at the centre. The childcare is run by the not-for-profit community company and employs 23 people, who will lose their jobs if it closes.When they heard the news, they were all in tears.”

Cllr Anthony Mckeown, a CIC director and the leader  of High Peak Borough Council, said: “The childcare community interest company was originally set up by the nursery to support and provide services, the nursery effectively offering a package of wrap around care.

“This is an example of the impact of national cuts on local services as the county seek to pass on the costs of running a building built for the purpose of providing childcare to others. But at the same time they are willing to build a duplicate entrance to serve the nursery on its own, without the wrap around care that so many have come to depend on and how long before this reduction in service has a wider impact than just the childcare company?” 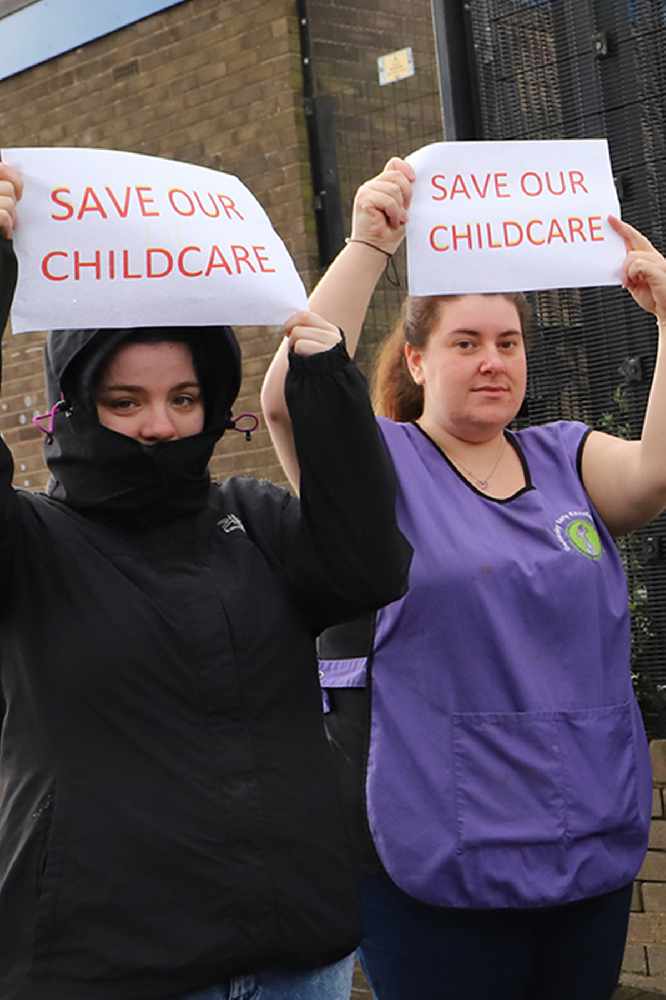 He said around 120 children currently access childcare with the Community Interest Company and that dozens of parents need it so they can go to work.

Cty Cllr Becki Woods said: “The retention of the childcare community interest company is crucial to this community, and I am in discussions with Derbyshire County Council to try to persuade them of this.

“The centre is the biggest employer in Gamesley, and its potential closure would leave 23 people out of a job, and the families of 120 children struggling. I will fight for this crucial service to be retained, along with parents, Cllr Anthony McKeown and local groups. We have to draw the line somewhere as services in Gamesley have been cut to the core and it’s time to say no more.”

A spokesperson for Derbyshire County Council said: “The childcare company was established in 2006 with money from central government to establish Early Excellence Centres. This substantial source of funding ceased years ago and since then the school nursery has subsidised the company. This has put pressure on the school’s budget and resulted in the school being overspent and having to make staff redundant.

“We’ve been working with the childcare company over the past year to agree a fair way of moving forward, but unfortunately it has taken the decision to close. We will be contacting the community interest company to offer a meeting to discuss the issues further and in the meantime we are working to put contingency plans in place.

“The school nursery will continue to operate from the building from 7.30am-4pm during the week and we’ll be contacting childminders registered within a mile of the nursery to see if they would be prepared to offer a pick-up service from 4pm for those who need it as an addition to the adequate nursery and after school provision on offer within two miles of the nursery.We’re also working to arrange replacement childcare for three to 11-year-olds in the summer holidays.

“All families can claim up to 15 hours free childcare for three and four-year-olds and many working parents can claim an additional 15 hours plus tax-free childcare to help pay for childcare not covered by the early years funding. Many low income families may also be able to receive funding for two year olds.”