Calls for authorities to act after yet another moorland fire 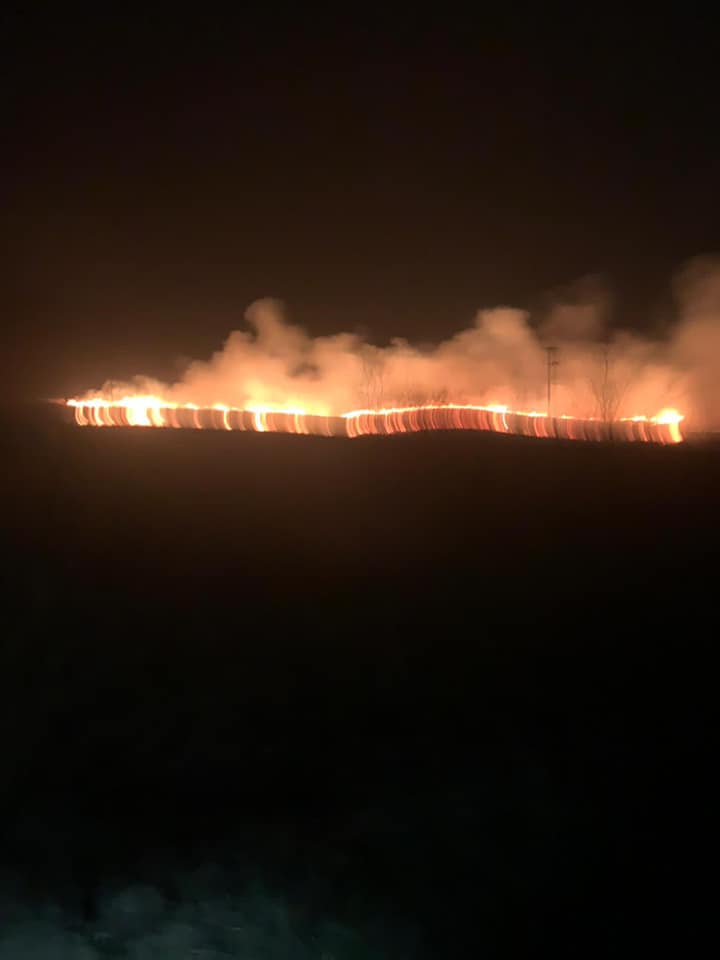 A grassroots group is calling on authorities to 'act decisively now' after helping firefighters to tackle yet another moorland fire in the Peak District.

Moorland gamekeepers as well as fire crews from Glossop, Hyde, Buxton and Greater Manchester were summoned to the blaze at Woodhead Tunnel on Wednesday evening (31 March).

The fire was in molinia vegetation and ended up burning an area of 350m x 150m before being brought under control. Forced air blowers, a unimog and a Command Support Unit were also involved in the operation.

Glossop Fire Station said rangers would be inspecting it at first light on Thursday morning, and once again stressed to people NOT to have BBQs or fires on moorland.

Peak District Moorland Group say gamekeepers have had to deal with 17 BBQs in the popular location of Longdendale Trail in just three days - since Monday morning (29 March) - amid the warm weather.

This is despite Derbyshire Fire and Rescue Service issuing a plea for people to act responsibly if out in the Peak District, after six fire crews tackled a moorland fire at Birchen Edge in Baslow on Tuesday evening (30 March) at around 6pm. The fire involved approximately one hector of bracken and grassland.

Peak District Moorland Group has again expressed its concerns that the "time bomb is still ticking for yet another Saddleworth scale fire".

In the summer of 2018, a wildfire broke out on Saddleworth Moor took more than three weeks to be fully extinguished. Around 100 soldiers were drafted in to help tackle it at its height. The fire covered an area of 7 sq miles (18 sq km) of moorland at its peak. Police said people were seen lighting a bonfire on the moors near Stalybridge, shortly before a call was made to the fire service.

"Everyone we deal with say they will be careful and are frustrated post lockdown - the frustration is very real for us too, we, and FRS, do not need this either," a spokesperson for the group said.

"The message of no open fires and BBQ's from Peak District National Park Authority is obviously falling on deaf ears/not working. In nearby West Yorkshire, signage is everywhere in hotspot locations along with warnings of a fine of up to £2,000 is being enforced?

"Surely authorities now need to act decisively, the time bomb is still ticking for yet another Saddleworth scale fire?"

Peak District Moorland Group was set up in 2015 by gamekeepers and land managers, to promote the positive contribution that good moorland management has on habitat, wildlife diversity, rural jobs, community, water quality and fire mitigation on moors in the Peak District.