Buxton MRT help a quad bike rider, a climber and a missing person 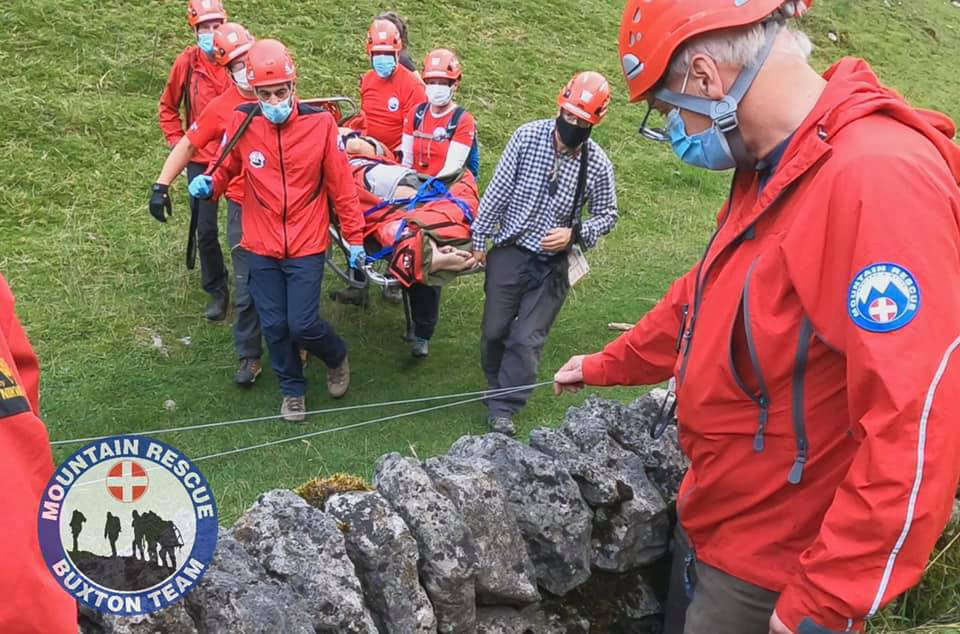 It has been a busy few days for members of Buxton Mountain Rescue Team as they went to the aid of a quad bike rider, a climber and a vulnerable missing person.

The quad bike rider sustained back injuries following an accident in a field to the south of the A623 near Sparrowpit on Sunday (26 September).

MRT volunteers assisted colleagues from the East Midlands Ambulance Service and Air Ambulance and the patient was flown to hospital for further treatment.

On Saturday (25 September), the team helped a climber who had fallen landing on very steep ground.

The injured climber was placed on a vacuum mattress on a mountain rescue stretcher, and a rope system was set up to move the casualty down the steep slope.

Once at the roadside, the injured climber was transferred to a waiting ambulance and taken to hospital.

While on Thursday evening (23 September), a training exercise at Tegg's Nose Country Park became a live call out.

Members of the drone flight team were taking part in their first night flight, to familiarise themselves with the lights and thermal imaging capability of the equipment.

Other members were taking part in an orienteering exercise and a group of trainees found a vulnerable missing person in distress, having fallen and sustained leg injuries. They were stretchered back to the car park before being taken to hospital.