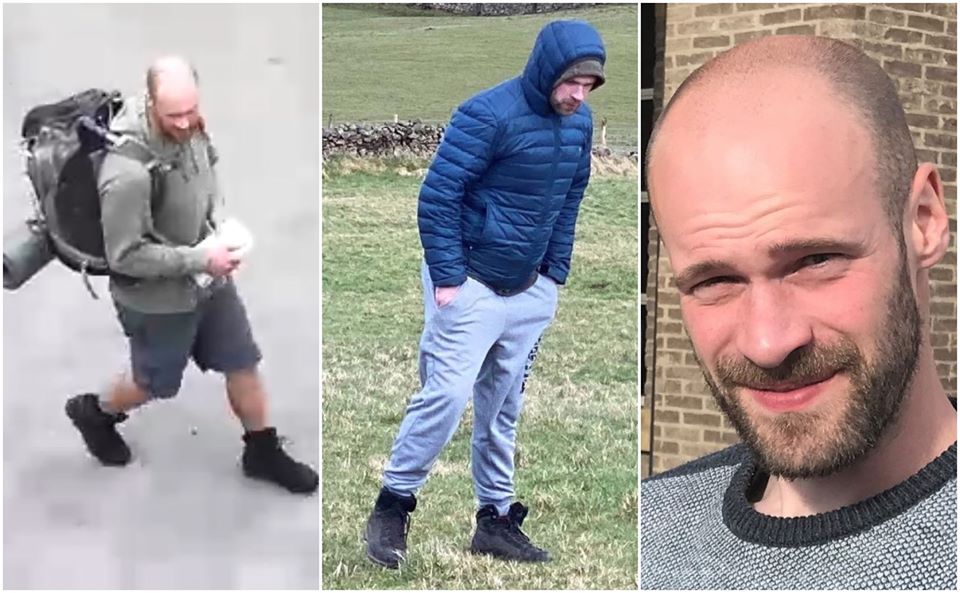 The family of a 32-year-old man from Buxton who has been missing for almost four weeks are desperately appealing for information to find him safely.

Christopher Coleby (pictured) was last seen at around 6am on Friday 17 July in Corbar Woods Lane and was captured on CCTV later that day in Chapel-en-le-Frith.

The 32-year-old is described as white and of slim build, with a bald head and a beard.

He was wearing light grey jogging bottoms, a blue t-shirt, a blue Berghaus jacket with a hood, and black walking boots when last seen. He was also carrying a large backpack with a green camping mat attached to the bottom.

Buxton Police Safer Neighbourhood Team are asking people to stay extra vigilant around the Ladybower area, after a possible sighting of Christopher was reported.

They also say that extra patrols will be carried out over all of the Hope Valley on Tuesday (11 August) by the Buxton SNT.

Last Friday (7 August), police said they believe he was sleeping rough in wooded areas and asked walkers who are out and about to call them immediately if they see him.

Christopher's family are deeply concerned with every hour that passes.

His mum Tracey said: "Please please continue to help us find our son Chris Coleby. It’s been 25 agonising days since we last saw him.

"Numerous sightings have been reported but still only one confirmed on the day Chris went missing. Please report anything urgently. We desperately need some more information."

Posters have been issued across the High Peak in the hope someone has any information which can lead police to find Christopher.

Anyone who believes they have seen Christopher is asked to call Derbyshire Constabulary on 101 or ring 999 in an emergency.