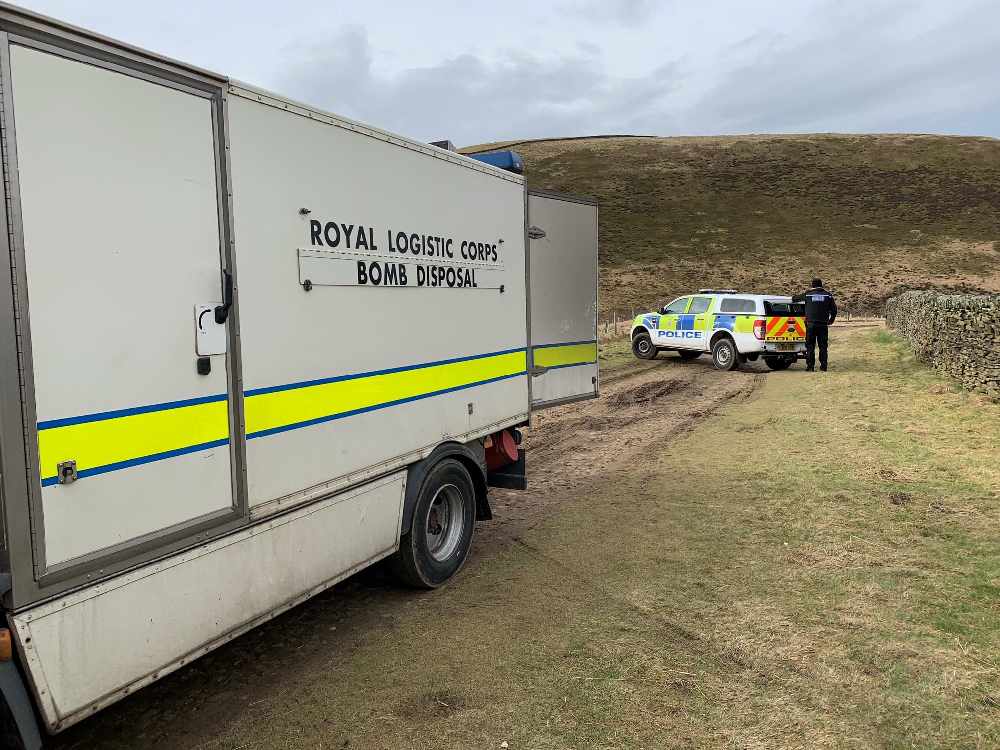 The bomb disposal squad were summoned to open moorland above Glossop at the weekend after an unusual device was found by a member of the public.

It was in fact identified as an unexploded mortar shell (pictured below). 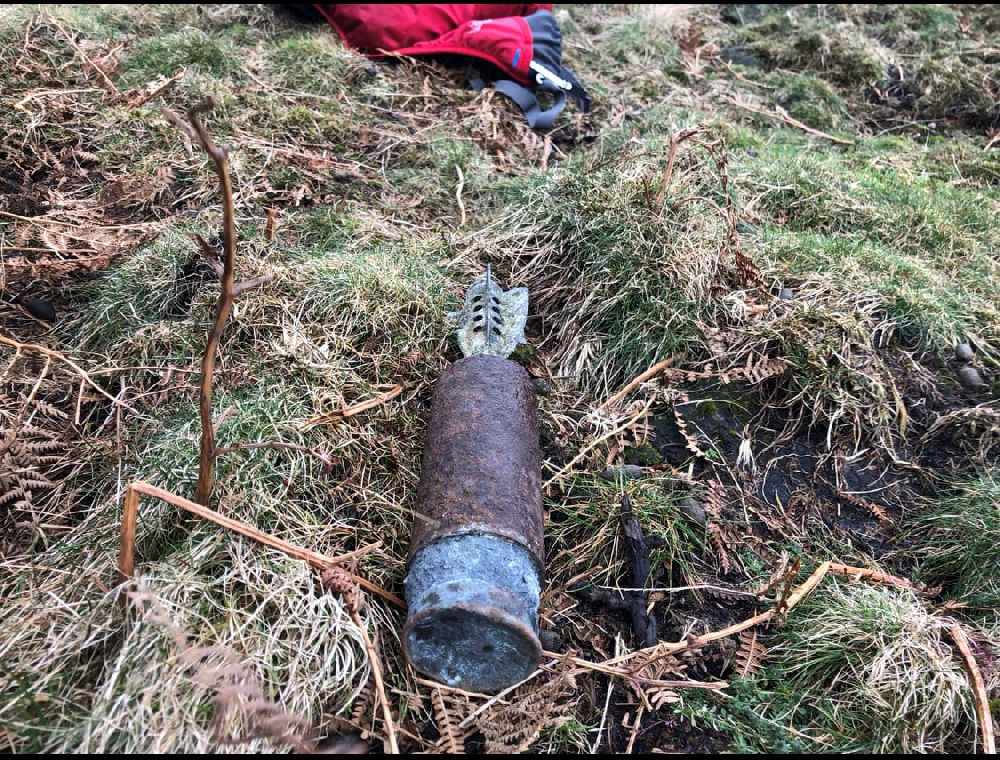 The Army Explosive Ordnance Disposal (EOD) team arrived on Saturday night and returned on Sunday to conduct a controlled explosion.

Police say anyone who sees a similar device in future should not touch it and get in touch with them.