Best of the bunch 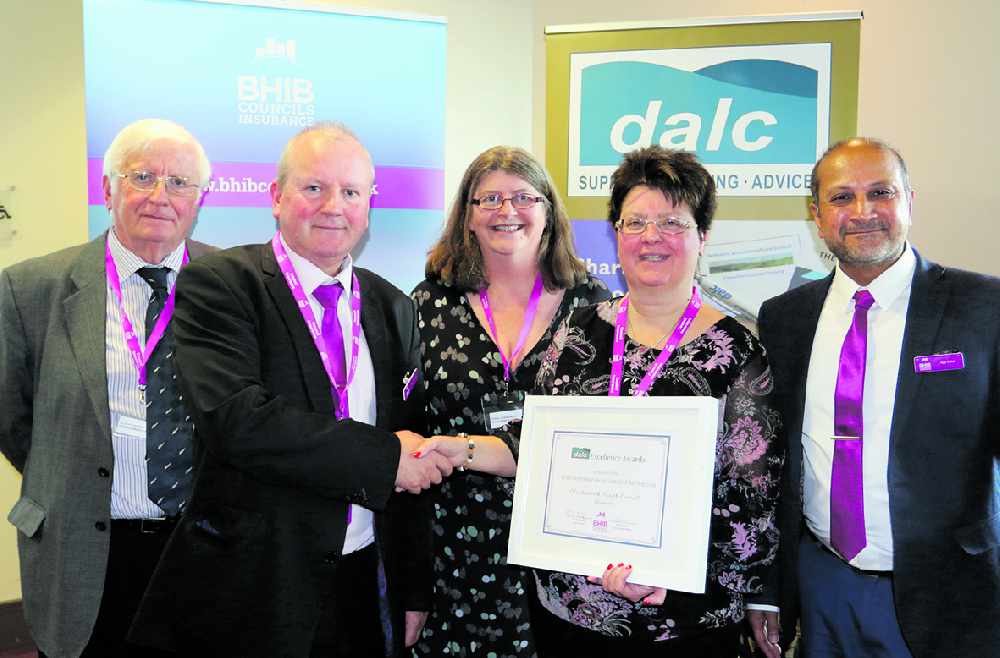 Twelve months of unprecedented success has earned Charlesworth Parish Council the title ‘the best in Derbyshire’.

Derbyshire Association of Local Councils has named it ‘BHIB Council of the Year’ after seeing its long list of achievements.

DALC’s Andy Heading said: “We ask people to make nominations of councils who have gone above and beyond the normal services they provide.

“The nominations go to a panel of judges and this year Charlesworth came out on top.”

Charlesworth, Ripley, Ashbourne and Kilburn, were the four finalists at the event at Chesterfield Football Club.

Despite being up against councils throughout Derbyshire, Charlesworth Parish Council were worthy winners.

Judges were impressed with the part played by the council in commemorating the centenary of the end of the First World War last November.

They were also interested in the torchlight procession when more than 200 people filed through the village in darkness to pay homage to local heroes, at a beacon in Chisworth.

The parish council was also nominated for its work and collaboration with Charlesworth Women’s Institute in getting working lights on the village war memorial for the first time in around 50 years.

The judges were also impressed with the efforts to provide Charlesworth Primary School with two crossing wardens.

This was the second year that DALC had held competitions to find the county’s top council, clerk and councillor.

Charlesworth Parish Council clerk Carol Lewkowicz said: “We are thrilled to be awarded Council of the Year at the Derbyshire Association of Local Councils AGM.”

The news came a couple of days after the council’s latest monthly meeting so any celebrations have been put on hold.

But there were several examples of planned action, including solving traffic problems, that could make the council contenders again next year.