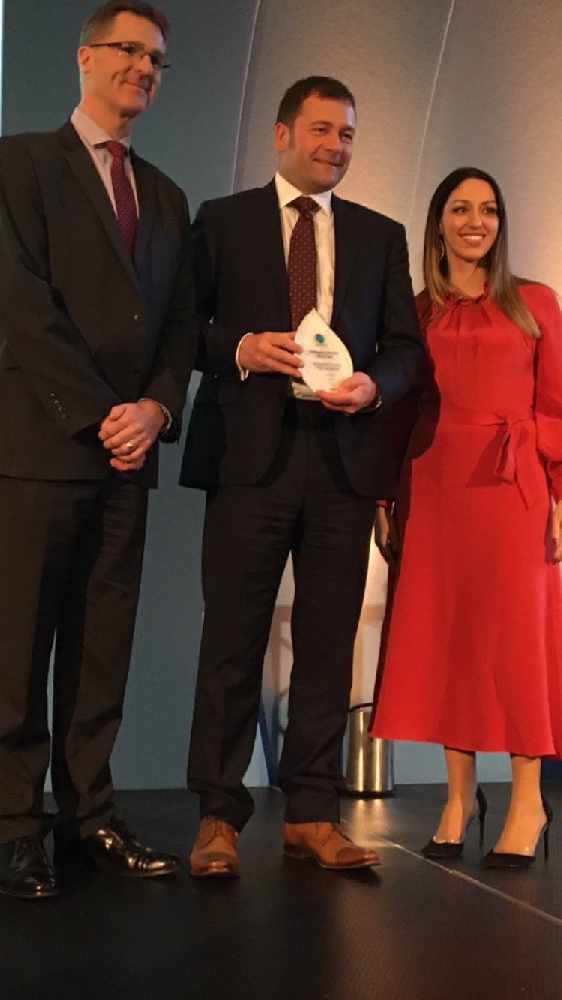 The fire service which covers Glossopdale and the High Peak has received a prestigious award.

Derbyshire Fire and Rescue Service (DFRS) was voted Emergency Service of the Year in the annual Fire Magazine, Excellence in Fire and Emergency Awards 2019 on Friday night.

The authority was nominated for the award in recognition of its work in response to the potential breach of Toddbrook Reservoir in Whaley Bridge back in August.

A major incident was declared as a result of the immediate threat to life and the town and surrounding areas were evacuated.

What followed was several days of disruption for thousands of residents when over 1,000 homes were evacuated with little warning, while emergency services worked together with partners to pump the water out of the dam and protect homes, businesses and the community.

Speaking after the award was announced, Chief Fire Officer Gavin Tomlinson said: “I’m absolutely delighted that Derbyshire Fire & Rescue Service has been recognised at the Excellence in Fire and Emergency Awards for our response to the incident at Whaley Bridge and that we have been voted Emergency Service of the Year.

“The impact of our response to Whaley Bridge was widespread across the Service, the frontline firefighters working around the clock to pump water out of the reservoir, control operators handling the calls, informative messages and ensuring resources were in place across the rest of the county to ensure business continuity and also our support teams who played an equal part ensuring everything from the correct kit and vehicles were available, accommodation was booked for visiting crews providing national resilience and also ensuring essential safety messages and updates were communicated to the community. It was a real team effort.

“Derbyshire Fire & Rescue Service prides itself on having hard working, professional, dedicated people who go out of their way to deliver our Services and this award is testament to each and every one of them – thank you.

“But of course I cannot accept the award without acknowledging the support and work undertaken by everyone responding to Whaley Bridge, our collaborative partners at Derbyshire Constabulary, the army, Kier Construction, emergency planning at the county council, mountain rescue, the crews responding from across the UK fire and rescue service under national resilience arrangements and many, many more. The success of the response in Whaley Bridge was down to everyone, specifically the community of Whaley Bridge.

“It was humbling to witness and receive so much support from the community impacted by the incident, and without that support, patience and understanding, our job would have been a lot more challenging.” 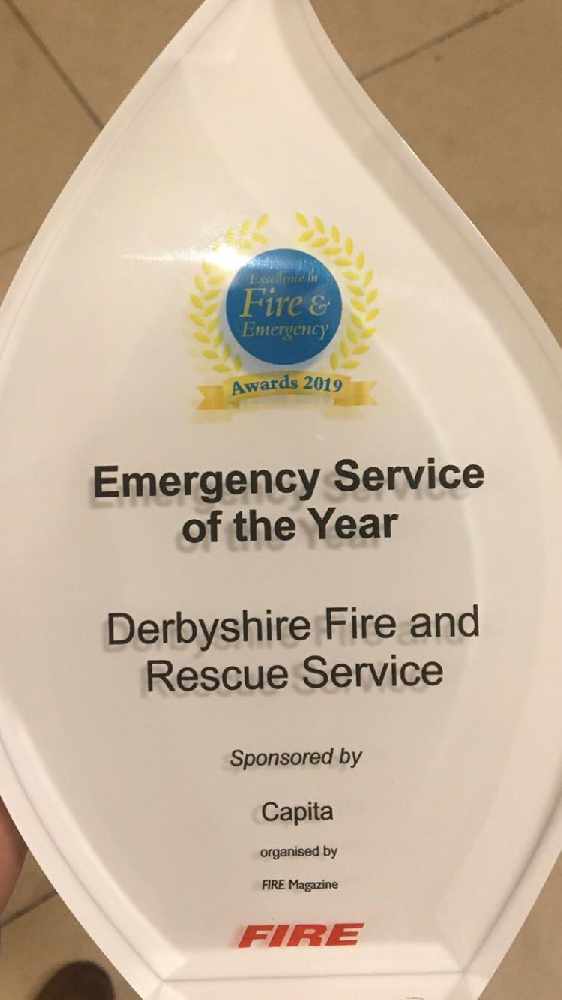 Derbyshire Fire & Rescue Service was nominated in three categories at the annual Excellence in Fire and Emergency Awards, which recognise and celebrate the achievements of the fire and emergency services in the last year.

Chief Fire Officers, their teams, industry supporters, suppliers and front line firefighters come together to celebrate the work of brigades, teams and individuals who have really made a difference.

DFRS was also shortlisted for Resilience & Learning from Major Incidents (For Whaley Bridge), and its Positive Action Officer Rachel Salmon was shortlisted for the most influential LGBT+ Individual award.

“We are extremely lucky to have Rachel working for the Service, promoting the fire and rescue Service and working really hard to ensure that everyone across the LGBT+ community and beyond is aware that there aren’t any barriers to the opportunities available in the Service.

“We are all equally proud that Rachel’s work has been recognised nationally.”