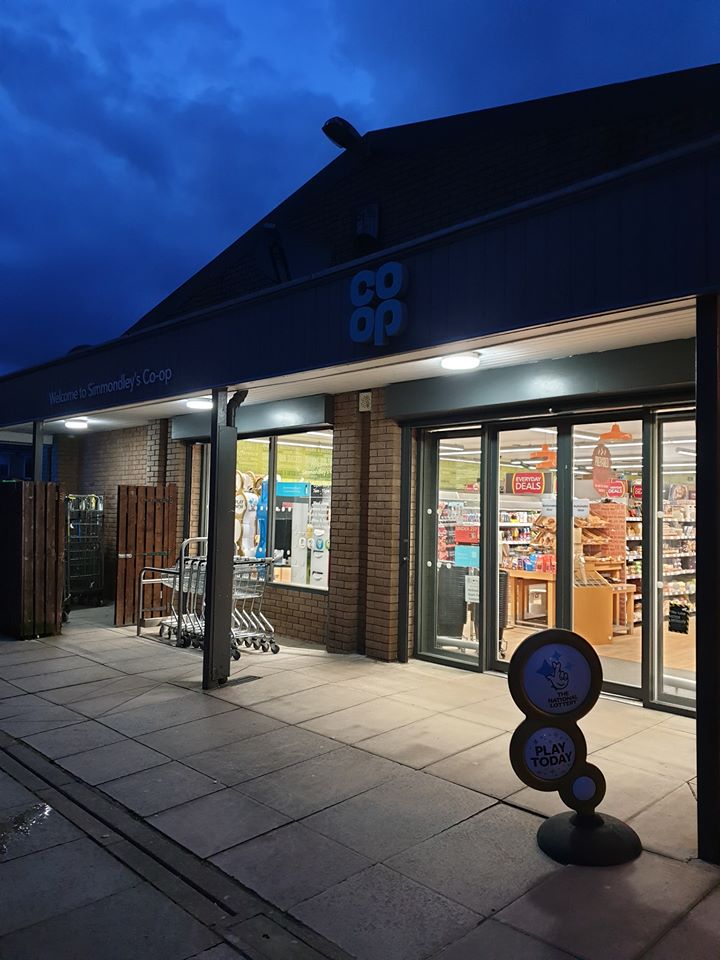 Police are investigating after three men, armed with a knife and an axe, stole a large amount of cash and cigarettes from the Co-op store in Simmondley on Saturday night (March 7).

It happened just as the store on Pennine Road was about to close, at around 11pm.

Three men entered the shop - two approached the tills and, while threatening staff with a knife, cleared the cigarettes counter.

A third man, who had an axe, went upstairs to the office to try to gain access to the safe. He returned to the shop floor shortly after to take a staff member upstairs to unlock the safe, before he took a large amount of cash.

All three men had their faces covered but one man was wearing a black jacket and grey tracksuit bottoms.

Co-op staff, who were understandably left badly shaken, believe the men may have headed in the direction of Charlesworth when they fled the shop.

Police are appealing for anyone who was in the area at the time who may have witnessed something or has dashcam footage from their vehicles, anyone living in the area who has any CCTV footage or if anyone has seen anybody over the last week acting suspiciously in the area, to get in touch with them.