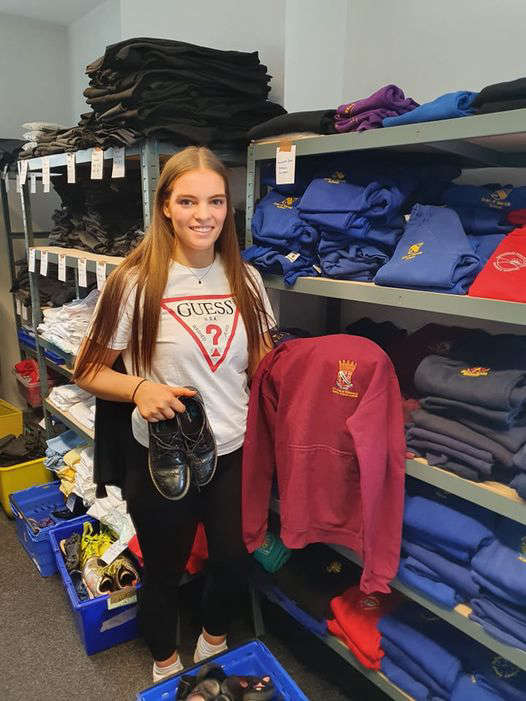 An appeal is being made for used school uniforms to re-distribute throughout Glossopdale.

A uniform swap shop will then be held throughout August by the Hummingbird Hub in Glossop.

She told the Chronicle: “We’re in the process of launching it. We want to collect as many uniforms as possible. It’s such a waste that perfectly good uniforms are being thrown out when they could be passed on.”

Jo Gregory, who runs Hummingbird, said: “Maddie’s been doing such a good job, delivering flyers, visiting schools and making them aware of the event. Local schools also hold their own uniform drives but they are donating left over items to us. They are also giving us their lost property uniforms which are mainly PE kits.

“We ran three events last year. It was challenging getting all the items to different places, but this year it’s all being co-ordinated at Hummingbird on High Street West. We will hopefully be working with other local groups. For people who can’t get to us, we can deliver. We really need to be accessible to people who need us.”

Maddie added: “I’ve been working hard to raise awareness of this event on social media, PR poster design, school engagement and social awareness. We really need to collect as many uniforms as possible and distribute them throughout August to help as many people as possible.”

You can find The Hummingbird Hub on Facebook at https://www.facebook.com/groups/hummingbirdhubs and in person at 174 High Street West in Glossop.

LISTEN: Hear more from Jo and Maddie speaking to our reporter Gill Garston below...