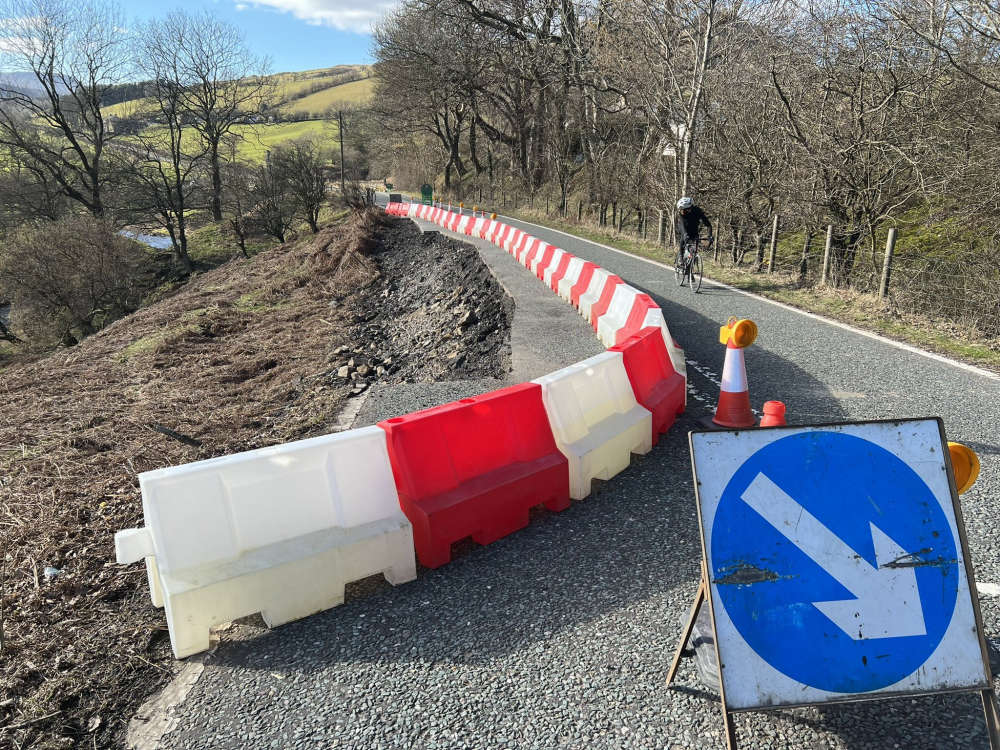 One of the landslips which prompted the closure of the major road. Image: Andy Flint.

The A57 Snake Pass has reopened to all traffic - including pedestrians and cyclists - after being closed for just over five weeks.

The closed signs were taken away at around 3pm on Tuesday afternoon (29 March).

But extensive restrictions are in place to prevent any further damage, including a weight limit of 7.5 tonnes and no high-sided vehicles allowed. 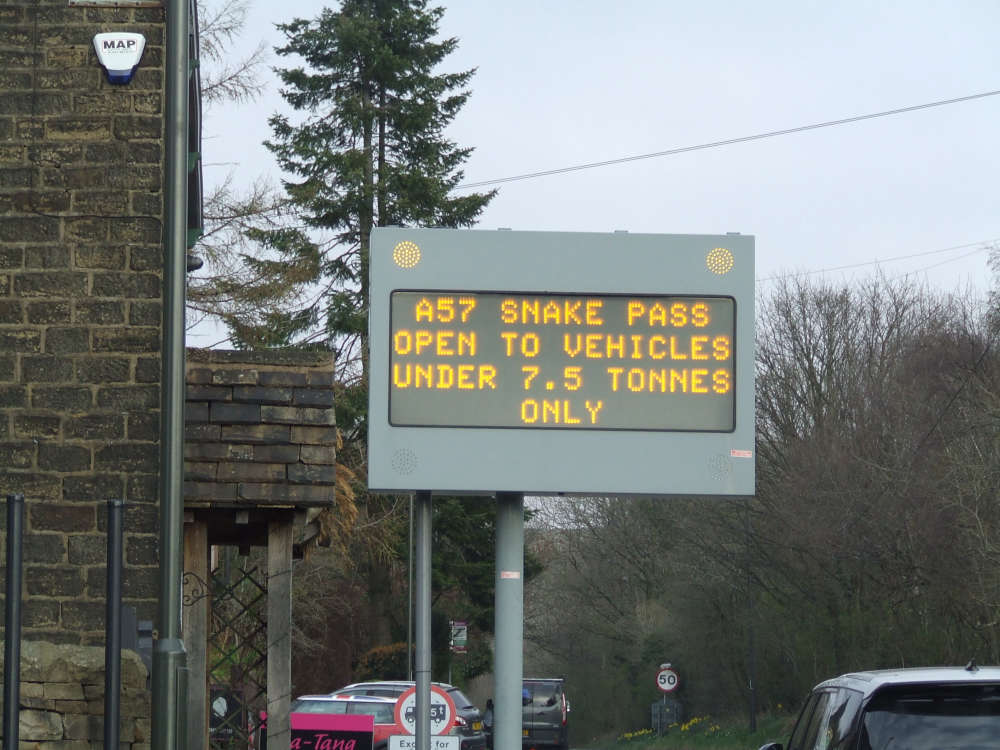 The message on the illuminated sign at the top of Sheffield Road in Glossop, at the bottom of the Snake Pass.

The major route between Manchester and Sheffield was closed on 21 February following damage caused by torrential rain as Storm Eunice and then Storm Franklin battered Derbyshire. 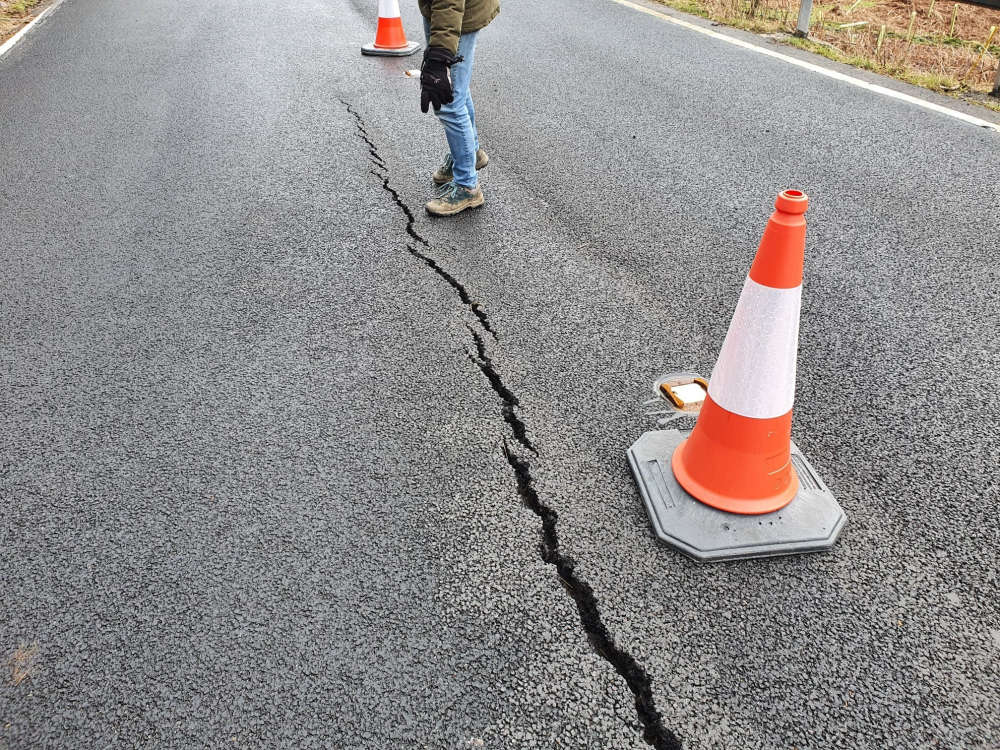 A long crack in the road surface on the Snake Pass caused by a landslip. Image supplied to Local Democracy Reporting Service.

Derbyshire County Council made the decision to close the road from Fairholmes car park at Ladybower Reservoir to Glossop to protect road users.

The closure was initially said to last a month while the site was investigated.

The authority say the road will reopen with ongoing inspections and monitoring and three temporary single carriageway restrictions - at Gillott Hey, Alport and Wood Cottage. Traffic will be controlled by temporary traffic lights and a 20mph speed limit will be in operation.

DCC say the road will continue to be monitored using a hi-tech portable laser scanner to check for any further significant movement.

A spokesperson said: "Analysis shows that the movement of the road has considerably slowed to less than 20mm in the past week, giving engineers the confidence to reopen the road to cars and vehicles under 7.5 tonnes.

"During the temporary road closure, the county council has used the opportunity to carry out general resurfacing works, pothole repairs and has rebuilt retaining walls damaged by February’s storms. Cracks in the road surface caused by the landslips have also been repaired using bitumen to create a flexible seal."

Historical records suggest that landslips have taken place along the Snake Pass, with closures dating back at least 90 years. 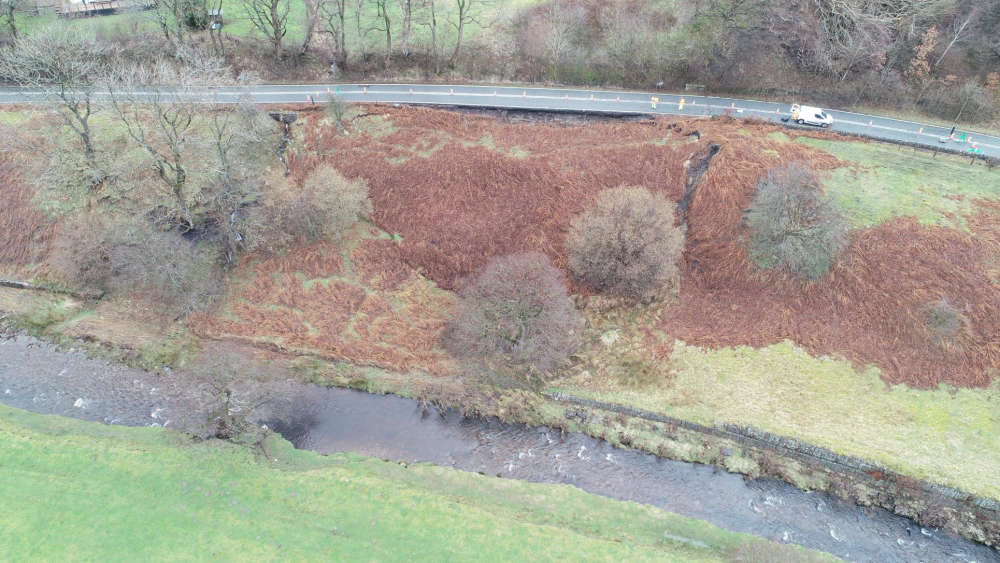 A drone image showing the extent of a landslip along the A57 Snake Pass. Image: Derbyshire County Council.

Councillor Kewal Singh Athwal, Derbyshire County Council’s Cabinet Member for Highways Assets and Transport, said: “I’d like to thank everyone who usually uses the Snake Pass for their patience during the temporary road closure.

“We recognise many road users rely on this route for their businesses and day-to-day work. Following very careful monitoring of the road during the past four weeks believe we have a sensible approach to reopen the road while keeping all road users safe.

“The temporary traffic lights will enable us to protect the part of the road which has moved from any further damage. The drier weather will also help to significantly reduce the risk of any further landslips giving us time to monitor and identify a solution to repair the road, which will require government funding.

“We have a responsibility to keep people safe on our roads which means that if we detect any further movement or risk of a landslip once the road reopens, we will unfortunately have to close the road.

“Please help us help you by allowing a little extra time for your journey, showing courtesy to other road users and keeping to the new temporary speed limit.”

Earlier this month, a mass trespass by around 100 cyclists and walkers took place one Saturday afternoon - organised by cyclist Harry Gray. 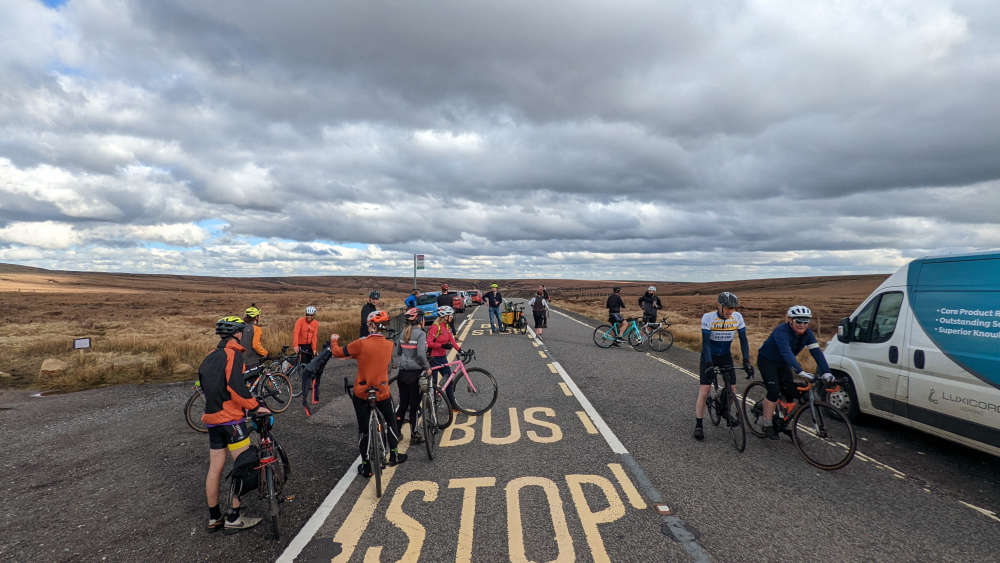 Protesters taking part in the mass trespass of the A57 Snake Pass. Supplied by Harry Gray.

It came after High Peak councillors Ruth George, Damien Greenhalgh and Anne Clarke wrote an open letter to Derbyshire County Council’s Executive Director of Place Chris Henning requesting parts of it be reopened, claiming they had been inundated with complaints.

However, the authority maintained that the pass remained closed for safety reasons.

The 12-mile section of the A57, known as Snake Road, is one of the highest roads in the Peak District and is used by more than 30,000 vehicles each week including 1,500 HGV’s.

The reopening also comes a week before roadworks begin elsewhere on the A57 at Mottram Moor. Lane closures and temporary traffic lights will be in use, affecting traffic travelling between Manchester and Sheffield on either Snake Pass or Woodhead Pass.