A closer look at the Mottram Moor gas works 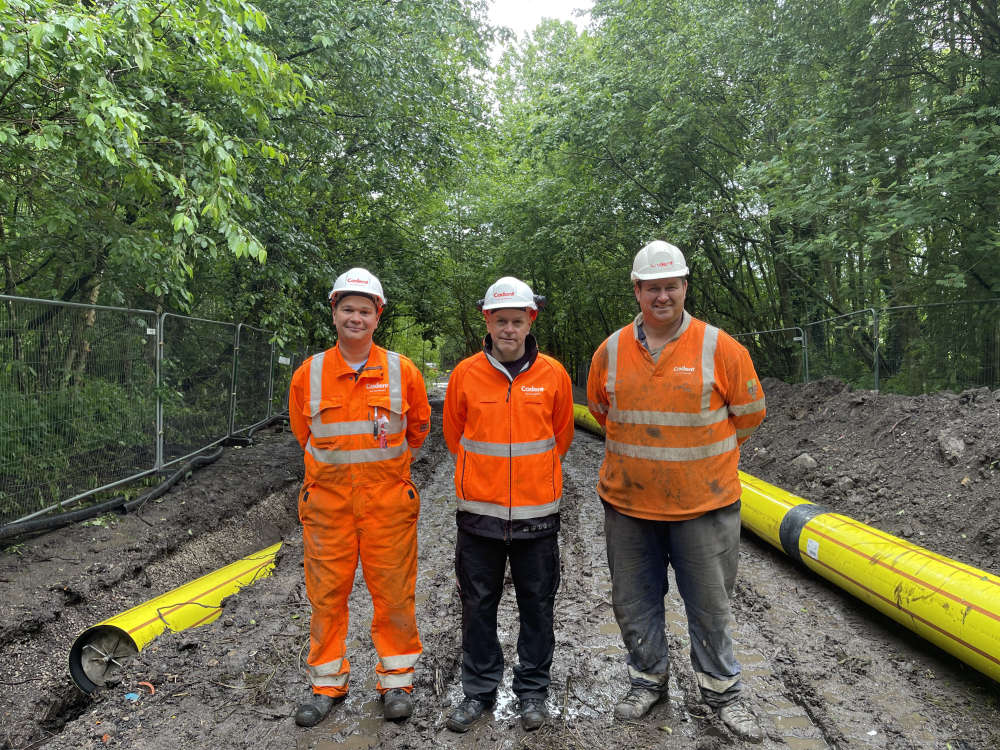 After some challenging weeks, the A57 Mottram Moor gas works is entering its final stages.

Cadent Gas, which manages the local gas network, has been installing a large section of new gas pipe in the notoriously busy area since 4 April.

The one-way system on Back Moor and Stalybridge Road in Mottram, which was in place for five weeks, inevitably led to delays and frustration for local residents.

But since it reopened last month, disruption has been minimal and traffic has been flowing much smoother. With work progressing well, it’s hoped the project will be complete in a few weeks’ time.

Kevin Hegarty, North West spokesperson for Cadent Gas, told us: “This has been one of the most challenging jobs we’ve been doing across the whole of the North West region for obvious reasons given the location and how big the job is.

“In total, it’s around 1400m of new pipe that we’re putting in. The job is to enable the local electricity generation site to have the gas it needs to produce the electricity, but also to alleviate some of the issues we’ve had further down the line in Hadfield and Glossop with regards to their gas supply so people can heat their homes. It’s a two-pronged approach if you like.”

The Reporter and Chronicle were invited to take a closer look at the work, including a section of work at the side of Woolley Lane and under one lane of the four-lane carriageway on Mottram Moor where new pipe – around the width of a car tyre in size – is being installed. 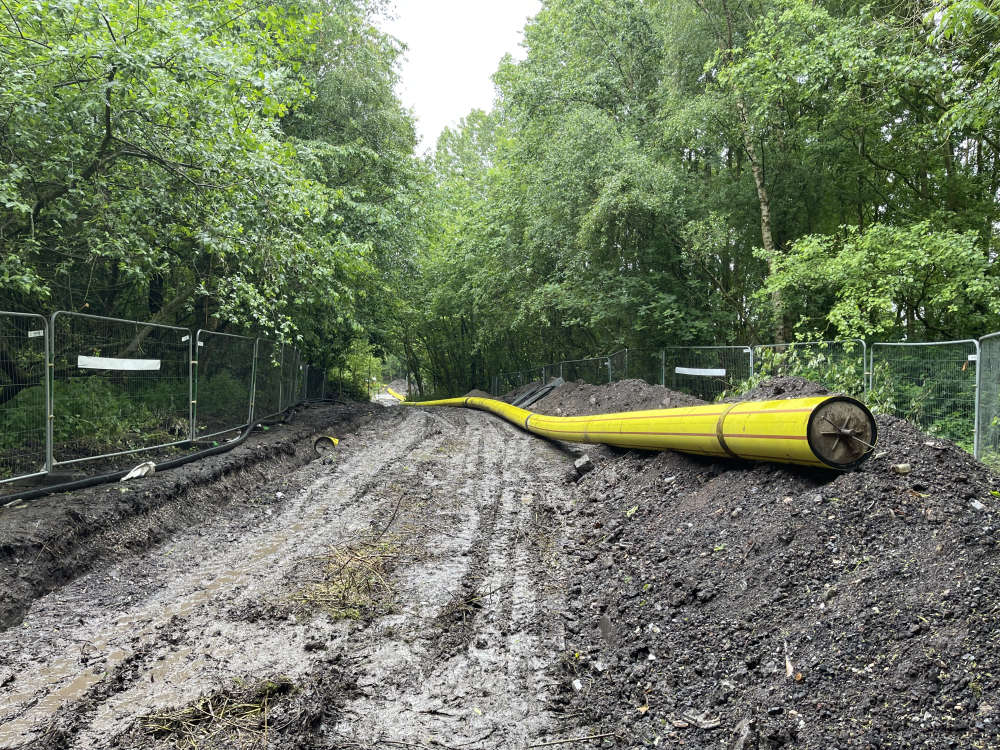 Kevin added: “Obviously that comes with challenges of how you can make sure traffic can keep going both ways. As part of the multi-disciplinary and multi-partnership approach, we’ve been working with Tameside Council and other stakeholders and local authorities to keep the road open so people can still travel in both directions.

“We know it’s still causing disruption and over the first phase of work it was very disruptive. We really appreciate everyone’s patience as we got through that phase but that five-week period, which we know was the biggest challenge, is done now. 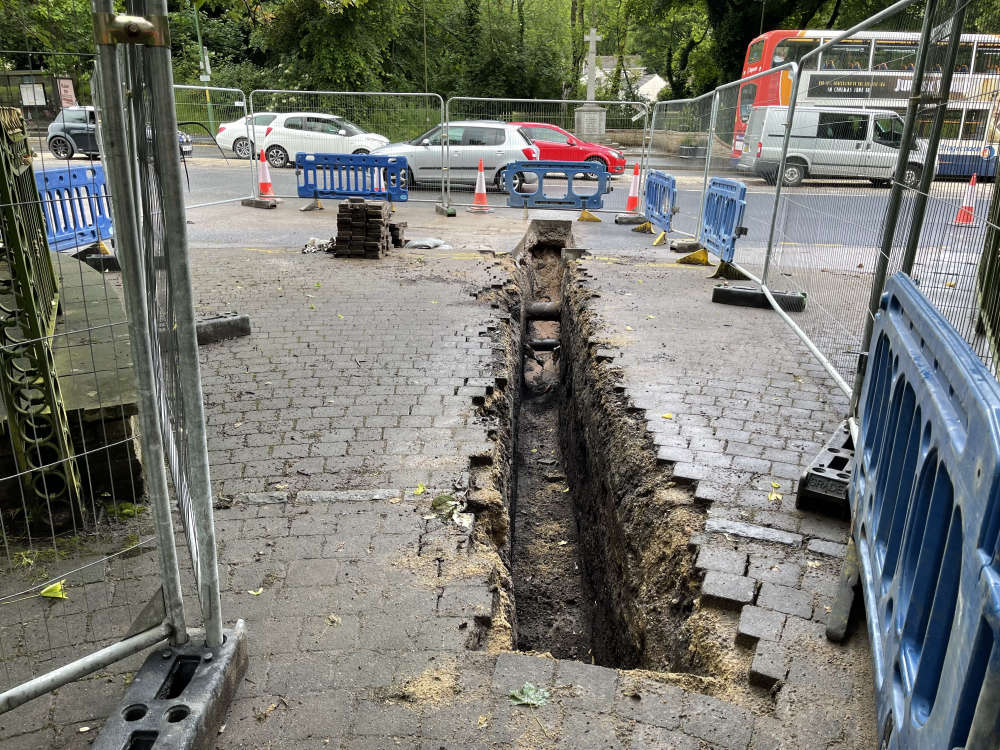 After discussions with Tameside Council, Cadent Gas engineers will no longer be installing a 160-metre section of new pipe under Woolley Lane in Hollingworth – which may have led to it being closed for several weeks.

“Woolley Lane was going to be a really big extra challenge for us so, when we looked at what we needed to do down there, it could have involved a closure which would have been very disruptive,” said Kevin.

“But what we’ve been able to do and brilliantly with the local council is identify a plot of land to the side of Woolley Lane where we can now take our pipe through.

“Instead of us having to be down Mottram Moor and then on to Woolley Lane and cause disruption on that corner opposite the Gun Inn, we’re not going to be anymore and can take the pipe through the land at the side, which is obviously great news for us but particularly those who use this road.” 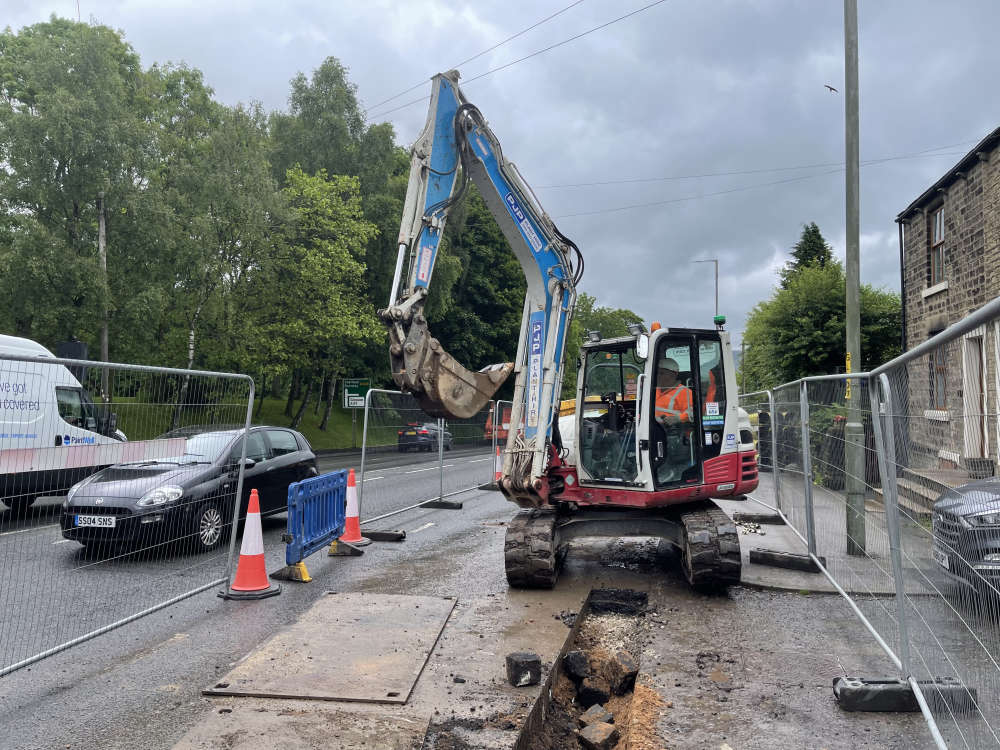 The work under the A57 – part of the main route between Manchester and Sheffield – has two main purposes.

“This is a brand new pipe so sometimes the work people will see us do is replace the old metallic pipes that we have in this area – this isn’t one of those jobs,” Kevin added.

“It’s a new pipe we’re putting in that enables this local electricity generation site to have all of the gas it needs to produce electricity. The gas powers the turbines that create the electricity for the local area – it’s really critical stuff that people need.

“It also brings in extra gas and extra volumes of gas that enables the local area to have enough gas to heat their homes, have hot water and cook their meals. Eighty-five per cent of homes in this local area use gas for central heating.

“What we’re also doing is making sure we’re future-proofing this part of the network so the aspiration in around five or 10 years is for hydrogen to be introduced to this network.

“Hydrogen is a much greener gas, unlike methane which comes through now and pollutes the atmosphere. Hydrogen does nothing other than heat your home and produce water – it doesn’t produce any carbon.”