What lessons can Bolton learn from Oldham? 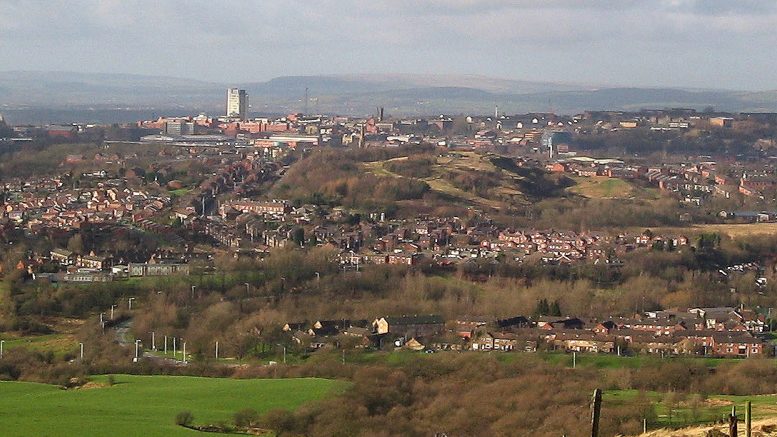 Bosses in Oldham say they can 'offer lessons learned' to Bolton on how to bring down a coronavirus spike after they narrowly avoided a full local lockdown.

In the middle of August the borough was balanced on a knife edge with the threat of an economic shutdown looming.

However nearly a month later and the number of new infections in Oldham has dropped significantly – although it remains in the ‘red zone’.

It had been feared businesses and hospitality venues would need to be closed to prevent the spread of the virus.

However across the region in Bolton, residents have not been so lucky.

After its infection rate soared to 131 Health Secretary Matt Hancock announced that pubs, cafes and restaurants in the borough must operate as takeaway only and close from 10pm to 5am.

Bolton council and health chiefs are hoping that these restrictions will help curb new cases brought about by people socialising.

And bosses in Oldham say they can ‘offer lessons learned’ from their own experience of how to tackle a dramatic spike.

“We have carried out a range of additional measures in the efforts to bring Covid-19 infection rates down,” deputy council leader Arooj Shah said.

“This has included ramping up testing across Oldham and looking to get approximately 1,000 people a day tested.

“This has included door-to door testing teams going to areas where numbers are increasing and these teams can educate people on what they need to do as well as getting them tested.

“Also we have carried out a range of communications initiatives to reaffirm infection control as well as testing and contact tracing messages.

“This has included using a range of traditional marketing initiatives such as ad vans driving around Oldham, as well using targeted social media messaging at key demographic groups such as young people.”

Coun Shah, who is also the cabinet member for Covid-19 recovery added: “Now is not the time to set ourselves up as the experts of how to beat this virus but we are there to offer lessons learned to others.

“The fall we have seen in our rates suggests that the approach we have been taking of promoting testing and contact tracing, providing advice and information to residents and increasing enforcement activity is starting to make a difference but there is still more work to do to reduce rates of infection locally.”

Katrina Stephens, Oldham’s director of public health said they have been in ‘constant touch’ with public health colleagues across Greater Manchester and they are there to ‘offer support and advice to each other when needed’.

“However Bolton will have its own very specific set of circumstances and plans will need to be based on the local situation,” she added.

Although Oldham’s numbers are broadly plateauing, the borough is not out of the woods yet and numbers could potentially jump again following the return of schools.

But Ms Stephens said that so far they have only seen a ‘small number’ of isolated positive cases and students and staff who have had to self-isolate.

“We will continue to monitor the situation and work with schools and colleges to ensure our young people catch up on the education they missed over the last six months,” she said.

“As we have seen over the past few months the numbers of positive cases changes on a regular basis.

“What is important is to have a robust and fluid outbreak plan based around clear messaging, testing and contact tracing and then to continue to work hard with our partners and communities to tackle the virus.”