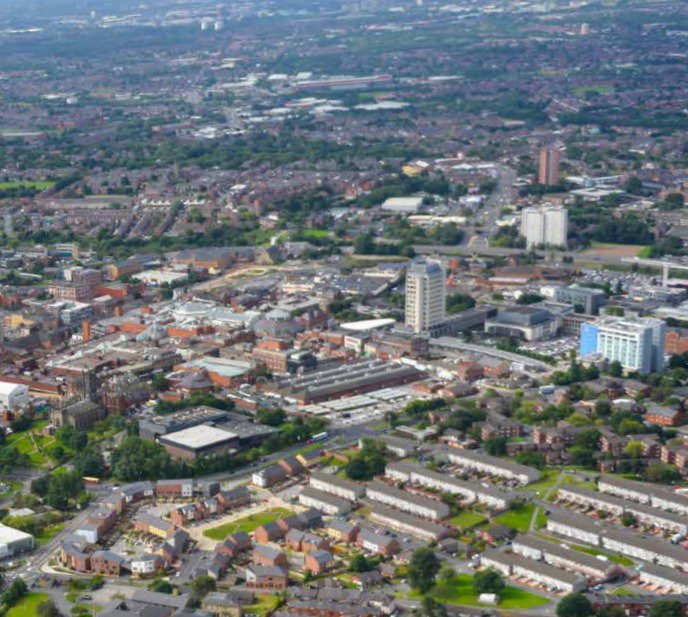 The tightening of lockdown restrictions across the whole of Greater Manchester has been branded 'confusing' and 'devastating' for communities preparing to celebrate Eid-al-Adha.

On Thursday night, health secretary Matt Hancock announced that the measures introduced in Oldham earlier in the week are being extended across the region and parts of East Lancashire and Yorkshire, effective from Friday, July 31.

It means people will be banned from meeting each other inside their homes or in gardens, and prevents members of two different households from mixing in pubs, restaurants and other hospitality venues.

Prime Minister Boris Johnson also confirmed at a press conference today that further easing of coronavirus restrictions in England – due to come in this weekend – has been postponed for at least two weeks, amid concerns over increasing cases.

It comes three days after Oldham council announced that restrictions on socialising and visiting other people’s homes were being reintroduced following a spike of 119 new cases in the borough.

Reacting to the latest news, leader Sean Fielding said he was supportive of the measures being brought back by government but criticised the way they were communicated.

“There is real concern about the way that it was announced, both the timing and lack of clarity,” he added.

“The amount of confusion and conflicting messages that were circulating on social media, it was really worrying.

“I wouldn’t be surprised if there are people out there who aren’t even aware that this has happened. Not everyone is up late at night or watching rolling news.

“We are in quite a serious situation where the coronavirus infection rate has started to climb again. These measures are needed but the way they have been communicated to us is at risk of undermining them.”

He added: “It is really hard to articulate the logic behind the announcements but I am supportive of the measures that the government is taking to try and bring the virus back under control.”

Oldham West and Royton MP Jim McMahon also took aim at how informatoin from the government about how to tackle the virus was being relayed.

“Yesterday the government was literally paying £10 each for you to mix with other households,” he tweeted.

“Today, they are taken aback by the mixing of households

“Lockdown was late coming in, early being eased, and still no sign of the ‘world leading’ track and trace long promised.”

Debbie Abrahams, the MP for Oldham East and Saddleworth tweeted that it was ‘not the case’ that people had been flouting the rules.

“Lockdown was lifted too early with the level of virus circulating in the community, as many of us tried to warn,” she wrote.

Reverend Jean Hurlston said she had received ‘quite a lot of messages’ from people upset and worried about the news, and its timing.

“It’s the frailer people in the community who are going to be really affected.

“We need to consider the needs of those that might not be getting the help and support they need that they had at the beginning of lockdown.”

The restrictions, which are designed to curb socialising among different households, will greatly impact Muslims in Greater Manchester who are celebrating Eid-al-Adha on Friday.

Founder of charity Just Breathe, Afruz Miah said it was going to be very difficult for people who had been preparing to mark the major religious holiday.

“It’s devastating when something like that is dropped on you,” the 47-year-old added.

“People have made plans and people are getting ready for holidays and to go out again.

“Everything has to be put back on hold. There are a lot of mixed messages, the lines seem to be blurred.

“Especially with Eid, even going to the mosque for me that sense of belonging feels like it’s been taken away.

“You have got to follow the government guidance, but I feel that if they were clear from the offset we wouldn’t be in this situation.

“They told us not to wear a mask, and now they want us to wear masks more and more. It’s confusing.”

He added: “Making this announcement the night before Eid has triggered a mis-targeted blame game, when in fact we should be working together to protect against this dreadful virus.”

Reverend Hurlston said that all places of worship had ‘really geared up’ and carried out stringent risk assessments to protect faith communities.

Coun Fielding said: “I think there is no connection between religious festivals and the timing of this announcement.

“It’s really upsetting and unfortunate that it’s coming at a time when people of the Muslim faith were intending on coming together to celebrate Eid.

“It’s sad that people will prefer to point the finger and seek someone to blame rather than ask ‘what can I do to fix this?’.

“Trafford – which has a completely different demographic to Oldham – is also seeing a rise in cases.

“To attribute it to a particular ethnicity is misleading and distasteful.”

New cases in Trafford rose from 26 in the week ending July 17 to 77 the following week – a more than four-fold increase in the rate per 100,000 people.

In Oldham 119 new cases of the virus were recorded in the seven days to July 25 – up nearly five times from the previous week, ending July 17, which saw 26 positive cases.