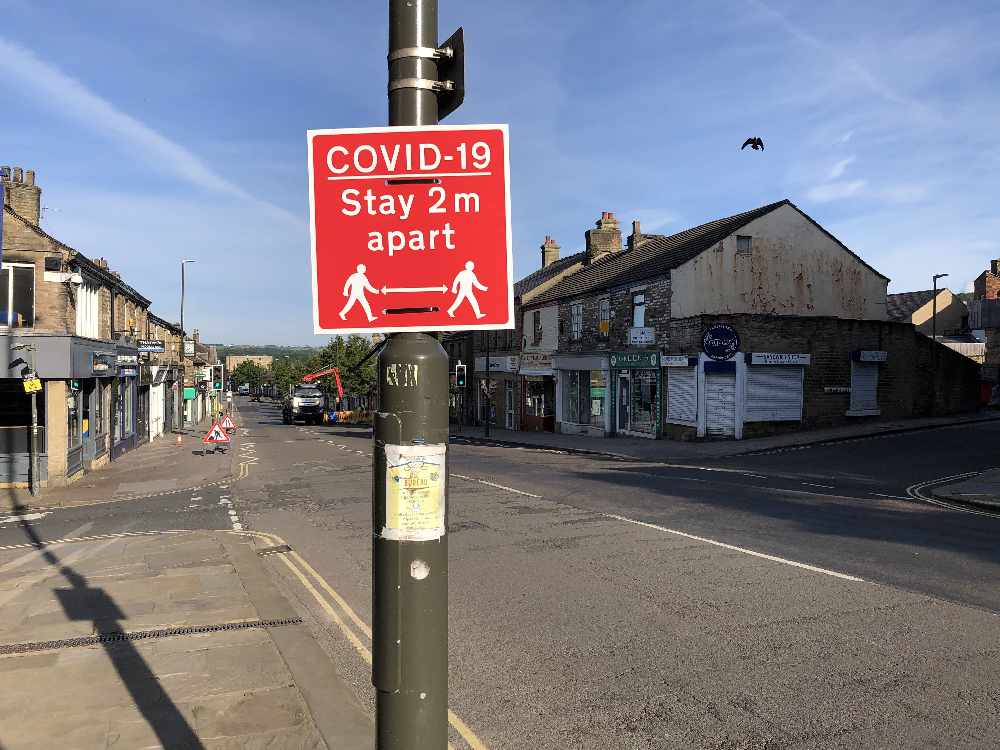 Councillors in "high alert" Glossopdale suggest tier 2 Covid-19 lockdown may not be enough and should have been brought in sooner.

Borough and county councillors representing Glossopdale, set to be under tier 2 restrictions from Wednesday (14 October), say they are not overly surprised at the area’s plunge into local lockdown.

This is due to a consistently higher number of cases in the High Peak compared to the rest of Derbyshire and Derby – and particularly in Glossopdale, which borders Tameside.

Cllr Robert McKeown, who represents Hadfield South on High Peak Borough Council, told the Local Democracy Reporting Service: “It doesn’t surprise me at all, we are right on the border with Tameside and a lot of people go to college and work there and the healthcare provider and the hospital – which had a bad run a while ago with cases.

“It is my personal opinion that we should all be wearing masks all the time.

“I think most people here are quite sensible and everybody looks after each other up here, especially the vulnerable.

“I think lockdown was lifted too soon and I think this should have been done sooner. I think if the restrictions had come in sooner I think it would have definitely helped it.

“Apparently in Glossop there are still large groups of people gathering late at night, I’ve had comments through over the past few weeks, people outside of pubs not social-distancing.

“People need to take notice of what is being said this time. Pubs will close at 10pm. The only issue with that is that everybody will be out on the street at 10pm.

“Quite often when I have been on licensing panels I have checked on what neighbouring premises do and argued to stagger the closing time so we don’t have everyone leaving at the same time.

“I am actually hoping that people realise that Christmas is only seven or eight weeks away and that if they want any sort of normal Christmas where perhaps they can have relatives over or visit relatives, they have got to abide by it, or this could go on until next year.

“Shops here like Aldi are doing all they can, with a traffic light system, people are trying but it comes down to individual people.”

'I'm worried about how businesses will be affected'

Cllr George Wharmby, who represents Glossop on Derbyshire County Council and on the borough council, said: “I am obviously disappointed but if it is essential, it is essential.

“We’ve got to respect people’s lives and if we can protect lives we should.

“The thing I am worried about is businesses, how they’ll be affected, although I know restaurants can stay open.

“I don’t think it is overkill and I am worried that we will go into higher measures over the winter in general – not necessarily just Glossop. That does worry me.

“I am worried about my own health, too, I am 70 and it (the virus) has an effect on everybody, including their mental health, it affects people in all sorts of ways.

“I am glad they haven’t totally locked us down, so that we can still go out to restaurants in households, but we have got to protect the hospital, it is always under stress in the winter and this will put on further pressure.

“We have got to have these measures to protect the NHS.

“This disease affects everybody. Certain age groups are more vulnerable but it can affect everybody. I am extremely careful when I go out, I wear my mask and use hand sanitiser, I wipe trolleys before I use them.

“I think if you’re very, very careful and you don’t mix too much when you go down the high street, you can keep yourself fairly safe, but not everybody does that.”

'Glossop has been unfairly targeted to a certain extent'

Cllr Rachel Abbotts, who represents the Howard Town ward in Glossop on the borough council, said: “Cases are rising in Glossop and because we are near to Manchester I would say it is probably important to implement this.

“Whether they have gone far enough, I am not sure. It would probably be better to do it for all of the High Peak.

“People from Glossop go to other places and people come from Buxton to go shopping here – as well as all the travel to Manchester.

“I do feel this should have been done sooner and the government need to get a handle on it. We have got winter coming up and cases are probably going to get worse.

“I do feel that Glossop has been unfairly targeted to a certain extent, people here are being careful and wearing masks, they aren’t spreading it on purpose.

“I do feel that this should have been for the whole of the High Peak, but that is up to the government.

“This probably won’t be enough, to be honest. I don’t think this is just people socialising, it is a combination of things and the hospitality sector has been punished.

“I think this will have an effect on the community as a whole.

“People here are being respectful and are keeping the distance, but we need to accept this and make sure we follow the guidelines and say safe.”

'We have got to get this down for Glossopdale'

Cllr Stewart Gardner, who represents Simmondley on the borough council, said: “We had probably expected it a bit, the numbers in Glossopdale have been rising for a little while.

“We are right on the border with Manchester and so close to Tameside Hospital. There has always been a spike here.

“Obviously, I would absolutely urge people to take this really seriously. We have got to get this down for Glossopdale, we need to reduce the level.

“We possibly could have brought this in sooner, but from a council point of a view we depend on what the government says.

“We are still in a position where if we stick to the guidelines we can get the level down.

“The big concern is people’s mental health, people are fatigued by the whole thing and there is a lot of worry.

“There will be extra challenges for people in the coming weeks. Glossopdale closing for most students is another example.

Cllr Paul Hardy, who represents the Old Glossop ward on the borough council, said: “I’m sorry this has had to happen, it has been coming for a few weeks, definitely.

“I think this has done just about right and the increase in the virus’s prevalent in Glossopdale hasn’t been as high as in Tameside, so it’s right we have been separate from that.

“However, I’m sure that social distancing in our pubs has not been done properly. I would list that as one of the main reasons we have had this increase.

“It has peaked in the last few weeks.

“I am sure cases will go down again, but I do wonder what will happen when people are let loose again.

“The football hasn’t helped either. People have been wearing masks in the stands but when a goal is scored they are all over each other.”

“I think 70 to 80 per cent of the population are doing the right thing and the rest don’t care. I think some of the younger generations aren’t doing as much because they think it won’t affect them as much.”

What the new restrictions are and where they apply

From tomorrow (Wednesday, October 14) residents in Glossopdale will not be allowed to mix indoors with other households, this includes venues such as pubs and restaurants.

There will also be an emphasis to travel only when it is essential.

Organised sport will only be allowed outdoors and spectators will not be permitted at amateur or professional sporting events.

Care homes will be closed to external visitors other than in “exceptional circumstances”.

Alongside these added restrictions, the rule of six will still apply.

The extra restrictions will be reviewed after four weeks.

The affected areas in Glossopdale includes:

The four key Glossopdale areas defined by Public Health England – based on populations of around 7,500 people – have been among the highest in Derbyshire, including Derby, for weeks.

Hadfield West & Gamesley is the local area with the most new Covid-19 cases between October 2-8 with 38 – the only place to have 30 or above in the entire county and city.

Meanwhile, Hadfield East & Tintwistle had 22 new cases during the same week; with 19 in the Dinting, Simmondley & Charlesworth area; and 19 in Glossop itself.