Revealed: How many Derbyshire residents have received a Covid-19 vaccine 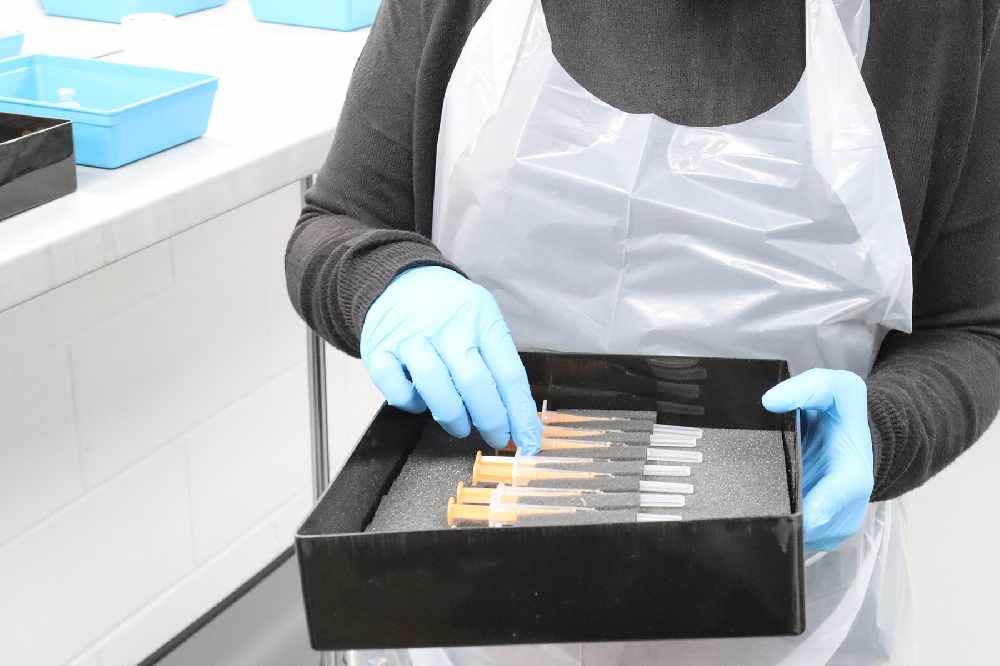 More than 90 per cent of all Derbyshire residents in the top four priority Covid-19 vaccination groups have now had their jabs.

The latest data from NHS England shows 222,792 Derbyshire residents have had their first Covid-19 vaccine doses, 92.5 per cent of all those in the top four priority groups as of February 4.

The 92.5 per cent figure is a sizeable increase from last week’s 70 per cent, which was preceded by 52 per cent and 28 per cent.

There are 240,829 Derbyshire residents eligible for vaccines in the top four priority categories.

Once these categories are vaccinated, the programme will move on to the next groups, as well as administering second doses to those in groups one to four.

Up to February 4, 3,557 Derbyshire residents have also had their second vaccine doses.

This number will increase rapidly through March as residents return for their second doses, 12 weeks (around three months) on from their first doses, which started in early December.

The shift to patients returning for second doses is expected to see the overall proportion of people vaccinated slow substantially.

Health chiefs also say it may be much harder to get as close to 100 per cent vaccination of key groups as the figure nears completion, with some either currently unable to have the vaccine, some making a personal choice not to have it or others who cannot be contacted.

In short, vaccinating the last few people in each category may take longer.

On Monday (February 8), Prime Minister Boris Johnson visited Derby Arena, the county’s mass vaccination centre, and said that the site had completed vaccinations for all those in priority groups one through four and would now be starting jabs for groups up to priority nine.

Derbyshire health officials have been approached for confirmation of this and clarity on the next steps.

Mr Johnson’s statement would put the Arena a full week ahead of the challenging national target to vaccinate all those in the top four priority groups by February 15.

Mr Johnson said vaccinators at the Arena were “going gangbusters”, “doing an amazing job” and “shooting the lights out”, and exceeded the national vaccination target.

He said the Arena was now “making great progress through the other groups (5-9) as well”.

Vaccination priority groups five to nine would include all residents aged 50 to 69 along with anyone aged 16 to 64 who has an underlying health condition which puts them at greater risk if they were to contract Covid-19.

A Joined Up Care Derbyshire spokesperson said the success of the vaccination programme in the county is down to all sites, not just the Arena, including those which have set up shop in hotels, churches and leisure centres.

He also confirmed that Derbyshire residents aged 65 and above would soon be invited for their Covid vaccinations, but must wait to be contacted.

The spokesperson said: “We are delighted with the success of all the vaccination sites across Joined Up Care Derbyshire in reaching so many people in the first four cohorts for the Covid-19 vaccination.

“This includes all people over the age of 70, so anyone over 70 who has not yet made a vaccination booking should call their GP.

“Hundreds of people across Derby and Derbyshire have contributed to the successful rollout of this vaccine, and will continue to do so over the coming months.

“Their success was recognised by the Prime Minister during his visit to Derby Arena, and his encouragement and praise reflect the efforts of all the teams from different organisations helping to deliver this programme.

“We expect that people aged over 65 will soon begin receiving invitations to book their vaccinations, marking the move into the fifth cohort of patients. However, people in this group should be patient and not contact their GP practice.”