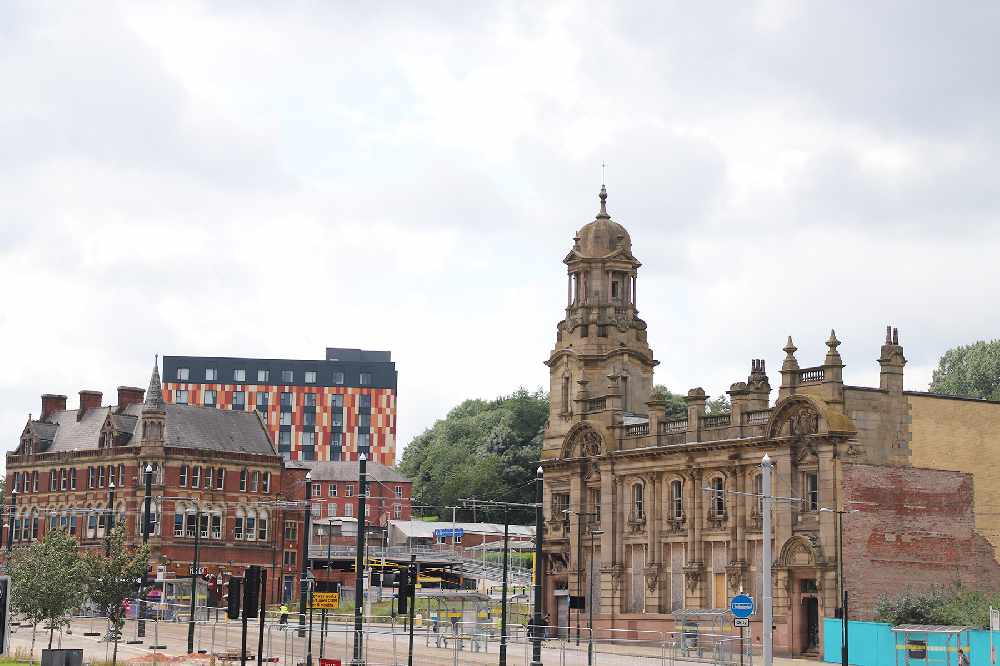 Coronavirus infections are on the rise again in Oldham's biggest hotspot, making it the third highest neighbourhood for cases in Greater Manchester.

Despite a recent steep fall in cases, the latest statistics show that there were 22 cases of Covid-19 recorded in Alexandra in the week ending September 3.

It is in the top three areas in the region for cases of the virus, behind only Bolton hotspots Breightmet South and Darcy Lever with 30 cases, and Tonge with 25.

Bolton’s rate of infection is the highest in the country, having now climbed over 120 cases per 100,000 people.

It’s believed the sudden increase in positive tests had come down to ‘socialising by people in their 20s and 30s’.

Oldham – which sailed close to the wind of having a full local lockdown introduced last month – has seen new infections plateau.

However there are concerning signs that the rate of infection is also creeping up once again.

Council leader Sean Fielding warned residents not to ‘blow it’ after weeks spent getting the borough’s numbers back under control.

According to the government statistics, there were 151 new cases of Covid-19 in the week to September 3. 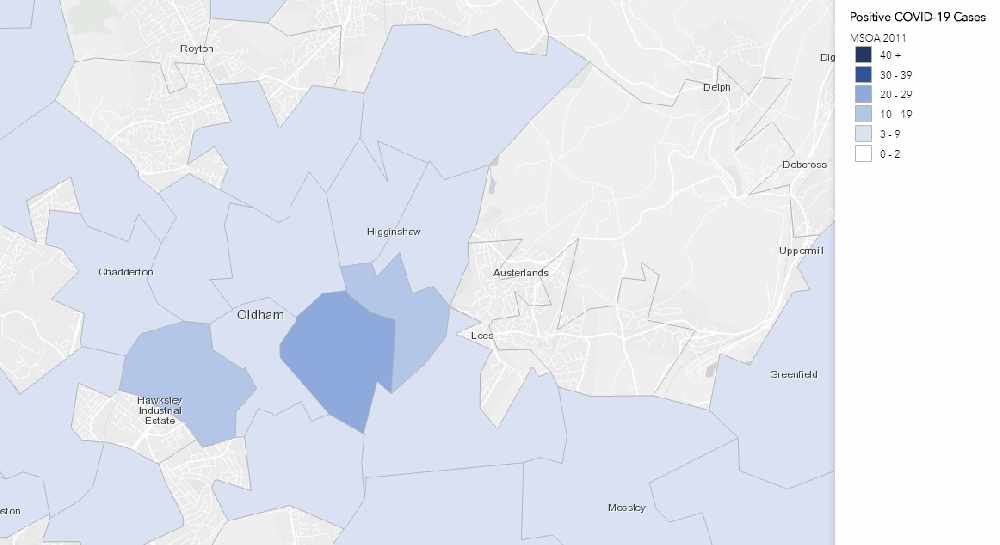 Cases of coronavirus in Oldham in the week leading up to September 3. Photo: Public Health England.

In that seven day period, the main hotspots for cases, Alexandra Park had recorded far fewer cases than in previous weeks – with just 11 confirmed incidences.

However those numbers have now doubled, according to the heat map which plots cases across the country.

The second highest area in the borough remains Werneth, with 13 new cases, followed by Salem with 11.

Derker and Greenfield and Uppermill have both recorded eight, while there have been seven cases in the areas of Moorside and Sholver, Busk, and Oldham Town South.

There have been six cases in Failsworth East, and five cases in each of Waterhead, Hathershaw, and Alt.

Across the areas of Oldham Town North, Chadderton Central, Chadderton South West, there have been four confirmed cases in each.

And three cases have occurred in the areas of Shaw and Crompton, Royton South East, and Chadderton North.

However the PHE data map excludes areas which have two or fewer cases, meaning other areas may have also seen incidences of Covid-19.

“Can’t stress this enough. The infection rate increase in Bolton is everywhere in all communities, Coun Fielding tweeted.

“With complacency and an ‘it’s not me, it’s them attitude’ we are not immune to following.

“So much work has been done to bring things back under control in Oldham. Let’s not blow it!”

The government restrictions put in place last month are also remaining in force.

It means residents are being told they have to limit the amount of people they have contact with.

They cannot meet people from different households in a home or garden, even if they live outside of the affected areas.

Residents can also only go to pubs, bars and restaurants with people they live with or who are in their support bubble.

However places of worship, shops, restaurants and other settings with ‘strict Covid secure arrangements’ remain open.

People should also not to share a vehicle with those outside of their household unless it is part of a school or work bubble.

A new NHS test and trace self-isolation payment scheme for low paid workers has also been launched in Oldham.

Eligible individuals who test positive with coronavirus will receive £130 for the ten day period they stay at home.

Other eligible members of their household, who have to self-isolate for 14 days, will be entitled to a payment of £182.