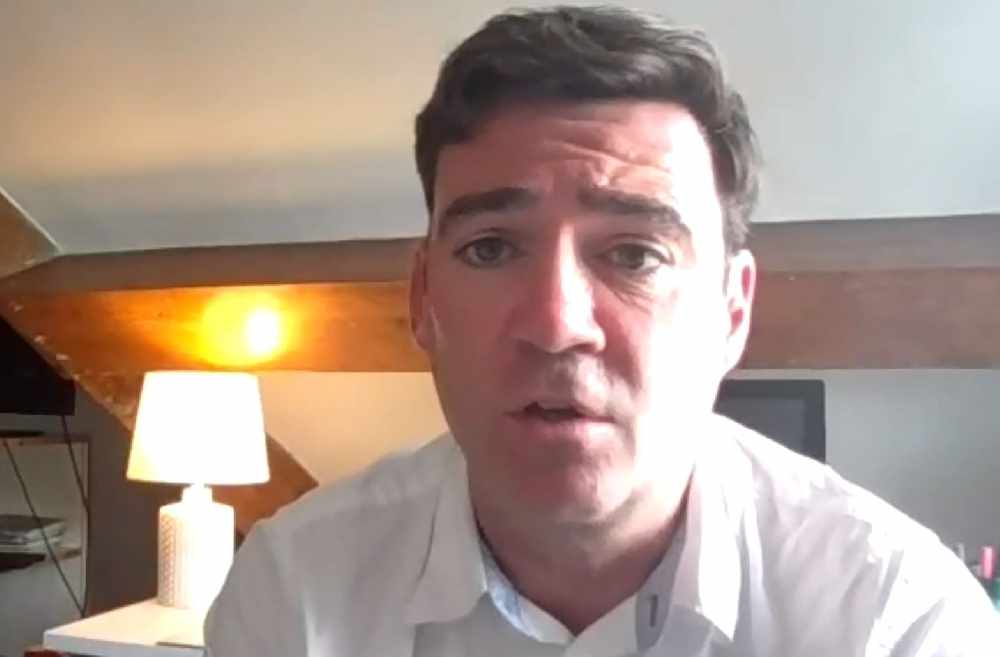 Greater Manchester's 'red wall' Tories appear to be split over whether Andy Burnham should carry the can for the collapse of Tier Three negotiations.

The blame game has begun after local leaders and the government were yesterday unable to come to an agreement over a financial support package by yesterday’s midday deadline.

Despite asking for £90m to cover an 80 per cent furlough scheme, It is understood the region was prepared to accept a £65m deal – but the government’s maximum offer was £60m.

A figure of £22m was announced yesterday to widespread fury – particularly given the larger sums agreed for the smaller populations of Merseyside and Lancashire.

The Prime Minister has now confirmed £60 million will be distributed among the region’s ten boroughs.

But communities secretary Robert Jenrick has since written to the region’s 10 council leaders inviting them to open talks on claiming their share of the £60m.

The move seems designed to cut Andy Burnham (pictured) out of any further negotiations.

The Mayor has enjoyed the backing of Conservatives such as Hazel Grove MP William Wragg and Bolton council leader David Greenhalgh during the talks, while others have taken a stance more in line with his position than that of the government.

Coun Greenhalgh is now in direct talks with the government in the hope of striking an ‘individual deal’ for his area.

Moves to shift the blame on to Mr Burnham’s shoulders have been reflected in a scathing letter signed by six of the region’s Conservative MPs asking the Mayor to ‘consider his position as a negotiator for the region’.

It reads: “Businesses in Greater Manchester are now at risk of closure as a result of the dogmatic stance you have taken. Your inability to work constructively for the good of the people of Greater Manchester is extremely disappointing – our current predicament rests solely on your shoulders.

“You have completely failed in your duty to the people of our city region.”

It adds: “In placing your own ego above that responsibility you have put hundreds of thousands of people in jeopardy.”

It comes ahead of a Commons vote this afternoon on a Labour motion seeking to set a national ‘template’ for Tier Three financial support, rather than leaving it to negotiations.

Mr Burnham has urged Mr Clarkson to vote for the motion to demonstrate support for hospitality workers and businesses in his constituency.

But not all Conservatives in the region are pointing the finger at the Mayor ahead of Tier Three restrictions coming into force against a background of financial uncertainty.

Altrincham and Sale West MP Graham Brady has also criticised the government for imposing Tier Three restrictions despite ‘considerable opposition’ from both Labour and Tory MPs in the region.

The lockdown-sceptic also questions the evidence that the new measures – which come into force on Friday – will have any significant effect.

And Bolton West MP Chris Green last week resigned his junior parliamentary position over continuing restrictions in Bolton, claiming the ‘cure is worse than the disease’.

He is an unlikely ally of Andy Burnham, but his most recent tweet suggests some sympathy with his position.

It reads: “This has always been a Government/Local Authority relationship until No.10 decided to rope in the mayors. MPs can push and support but don’t negotiate the deals. Mr B[urnham]’s position has shifted in my direction and I will do what I believe to be right. It is why I resigned.”