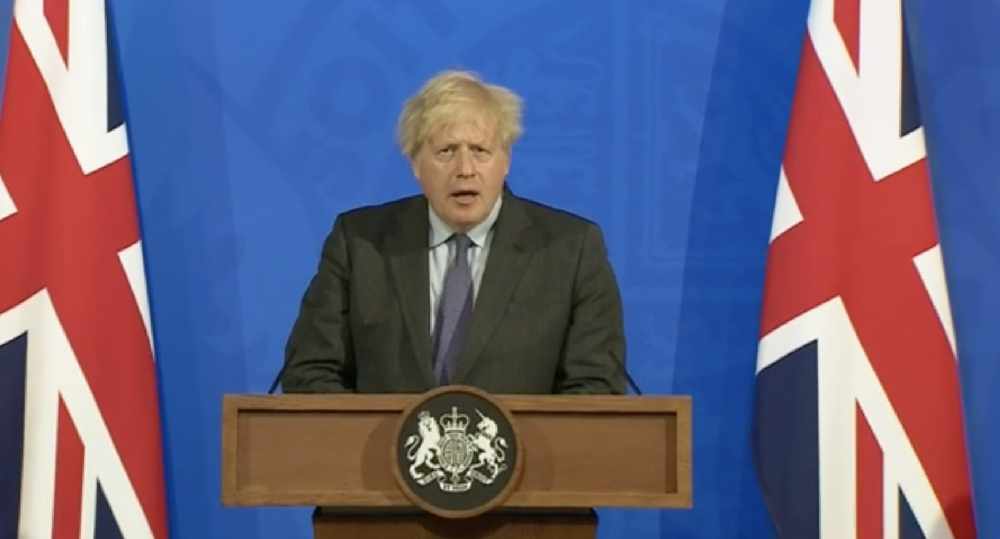 Boris Johnson has confirmed that there will be a four-week delay to the lifting of all restrictions in England beyond 21 June.

The prime minister announced on Monday evening (14 June) that step four of the government's roadmap for easing restrictions - the so-called 'Freedom Day' when all legal limits on social contact will be removed - will be pushed back to Monday 19 July.

The delay - which will be reviewed after two weeks - will allow more time for people to be vaccinated amid concerns about the Delta variant which first originated in India, Mr Johnson told the Downing Street press conference.

He went on to say that cases are growing by about 64 per cent per week and in the worst affected areas are doubling each week. Indeed, the average number of cases is 50 per cent up week on week and 61 per cent up in the North West "which may be the shape of things to come", he said.

The PM added that the link between cases and hospitalisations has been "weakened" but not completely severed.

He said that by 19 July the government aims to have double jabbed two-thirds of the adult population - everyone over 50, all the vulnerable, all frontline health and care workers and over-40s who received their first dose by mid-May.

In addition, Mr Johnson also said that anyone aged 40 or over will now only have to wait eight weeks - rather than 12 weeks - to get their second jab, while 23 and 24-year-olds will start to be offered a vaccine from Tuesday (15 June).

The government had previously outlined its aim was to offer all adults a jab by the end of July but this has now been brought forward to 19 July.

Mr Johnson said he is "confident" that no delay beyond then is needed and emphasised that the roadmap must be irreversible, but he once again warned that "we cannot simply eliminate Covid" and "now is the time to ease off the accelerator".

He also added that all four tests to allow unlocking of restrictions - the success of the vaccine rollout, vaccines being effective in reducing hospitalisations and deaths, infection rates do not risk a surge in hospitalisations, and assessment of the risks isn't fundamentally changed by new variants of concern - have not been met and he feels that it is sensible to wait "just a little longer".

The announcement came as the UK recorded another 7,742 Covid cases and three deaths on Monday. It's the sixth day in a row that new infection numbers have exceeded 7,000.

Some good news for weddings and care home residents

When asked about the subject of weddings from a bride-to-be whose wedding plans have been postponed twice, the prime minister confirmed that wedding ceremonies, receptions and wakes can go ahead with more than 30 people from 21 June - providing that social distancing is observed.

Any limits on guests will be set by wedding venues based on social distancing requirements, but some rules will remain - including bans on singing and dancing - except for the first dance - and the rule of six will apply for tables. Table service will also still apply.

Dance floors are forbidden inside while for private ceremonies outdoors, dancing will not be illegal but will be strongly advised against.

For weddings taking place inside private homes, the limit of six individuals will remain, with an exception in place for deathbed ceremonies where 30 people can attend.

Meanwhile, care home residents will also no longer have to quarantine for 14 days after going out for day trips or visits.

What does it mean for restrictions?

When setting out the government's 'roadmap' for easing Covid-19 lockdown restrictions in England back in February, Mr Johnson said this is what would happen in the fourth and final step:

In the meantime, 15 coronavirus pilot events will continue as planned before 19 July, including upcoming Euro 2020 games and some theatrical performances. The pilots include a mix of indoor, outdoor, seated and unseated events.

But other venues and events must continue to operate with capacity limits, and nightclubs must remain closed.

The news, of course, will have a huge impact on sport, music and other entertainment - while it will also come as a significant setback to airports, airlines and tour operators.

The delay will come just as government support for business through the furlough scheme and business rates relief starts to be wound down.

Mr Johnson said in the press conference that "we are not going backwards" and all the support measures are intended to last through to September, while in terms of business rates, local authorities have an extra £1 billion to cover those who need it.

Chancellor Rishi Sunak has also ruled out offering extra financial support, believing there is enough already on the table. It's understood that around 2.5 million people are still furloughed.

The delay will be particularly frustrating for pubs because it will restrict the number of drinkers who might otherwise have crowded in to watch the Euros football tournament.

The prime minister's announcement has also been met with fury by some Tory MPs, with a vote this month expected to lead to a possible Conservative backbench rebellion.

Scientists had spent the weekend defending a delay, saying that the rapid spread of the Delta variant first identified in India risks a substantial third wave of infection.