Pothole repairs to be delayed 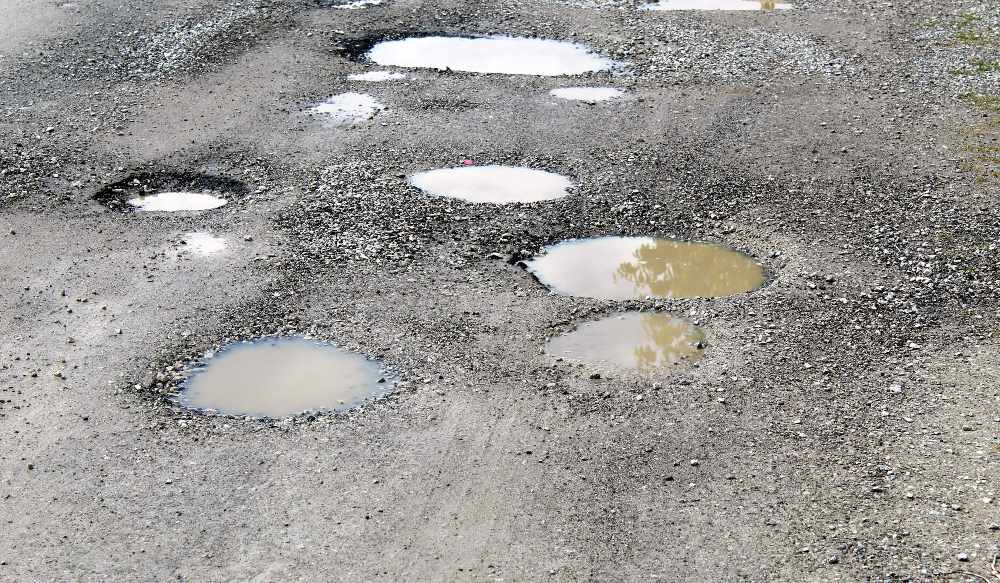 Less serious potholes would not be tackled and repair staff may be asked to focus on major infrastructure as Derbyshire County Council prepares to lose a third of staff to self-isolation.

Council leader Barry Lewis has also said that schools which have the resources to look after the children from a family which only has one key worker parent, as well as those with two,  ought to do so.

He has also asked members of the public to do their part in helping ease the pressure on local government by looking after elderly relatives and neighbours.

This would also include helping Derbyshire’s district and borough councils by picking up litter while out on walks – to help authorities which may have to reduce litter-picking and street-cleaning operations.

The Conservative leader has also said there is a rise in people knocking on doors trying to scam residents with so-called Covid-19 tests, which the authority’s trading standards team will be aiming to tackle.

Cllr Lewis told the Local Democracy Reporting Service: “As of a few days ago we had 83 people self-isolating and we are having higher numbers daily of people who are going to be working from home and others taking that decision for all sorts of sensible reasons

“That will increase over the course of the next week as well.

“A third of staff self-isolating is probably not far off what we will see and we will get a greater understanding as time passes. It is definitely going to have an impact on the way the council functions.

“We are already looking at functions to see whether we need to do them, and we have set up a Covid-19 response unit to organise community groups together.

“Statutory functions will continue, albeit with reduced numbers and we will have to redeploy people from elsewhere in the organisation to fill those roles.

“If you aren’t going to be cooking school meals, for example, we may deploy you to support the community response getting food to elderly people.

“In other areas, if you haven’t been doing a front-line role in health and care work, you may have to go back into those roles.

“We need to make sure we keep care homes going and ensure elderly residents get the services they need.

“Our countryside services teams, and I am not saying they will, but they could be deployed to fill potholes if we need to continue those sorts of functions, or those doing potholes may be deployed elsewhere to do other things that are more infrastructure-related to keep the county ticking over.

“I think there is going to have to be a degree of understanding from the public with regards to potholes. They will take longer to fill and the less serious ones may be left for the time being, until we get back to something like a normal service, hopefully by the end of June.”

When asked how members of the public can help ease the strain on local authorities, Cllr Lewis said: “People are still going out on walks, getting a breath of fresh air and if there is litter that they spot out on their walks or on the streets, can they pick those items up and take them home, it helps the districts and also to keep the area tidy.

“Districts will be paring back on their functions as well around litter picking and street cleaning.

“The key one is keeping an eye on vulnerable folks such as elderly neighbours – we need to keep an eye on those folks and to use things like greetings cards, help people with food shopping, there is a lot of community effort going on and I am massively proud of Derbyshire residents.

“There are lots of scammers out there at the minute and while we are seeing lots of goodwill out there, there’s always the small minority that want to spoil it for everyone else and we need to make sure our elderly are safe.

“There are people door-knocking and saying ‘would you like a test’, which is a popular one at the minute – people need to be alive to those more malevolent forces in our communities.”

On the pressure facing schools, which will have to remain open for some months to care for the children of “key workers”, an extensive list which includes emergency services as well as delivery drivers, teachers and many more, Cllr Lewis said: “Schools will be told that they need to provide education for key workers’ children and I understand there has been a lack of clarity about what constitutes a key worker but I think that has been resolved.

“Some schools are taking kids only if their parents are both key workers and others, I believe, are taking children if they have one parent is a key worker – that’s great and I think that’s probably the right way to go if schools can find the time and resources to do it.

“But I understand that some schools are going to suffer because teachers aren’t able to go to school for whatever reason. There are going to be challenges but I am sure the education system in Derbyshire will overcome those challenges.”