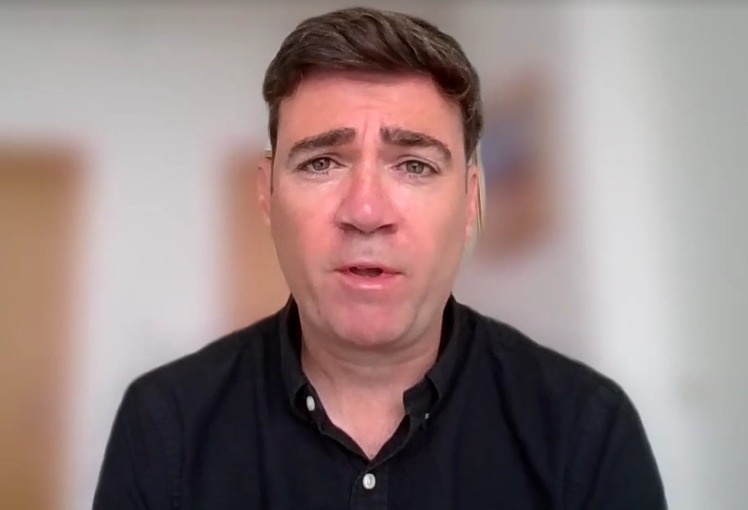 Greater Manchester leaders are expecting the latest national lockdown to last longer than expected and remain sceptical about the effect it will have on rising Covid-19 cases.

Mayor Andy Burnham (pictured) and deputy mayor Sir Richard say the success of the lockdown will depend on whether people follow the rules in the four weeks to December 2.

Any benefits that arise from the lockdown are unlikely to be felt until after three weeks after it comes into place on Thursday morning, they said.

Both leaders expect Greater Manchester to be in Tier 3-style arrangements after lockdown – but they are not ‘hugely optimistic’ that it will end as billed.

Mr Burnham told a press conference on Wednesday that more action was needed from the government in order for a shorter lockdown to achieve significant results.

The mayor stood by his view that only a ‘circuit break’ lockdown – including managed school closures – would have the desired effect of slowing infection rates.

When asked if he thought that the latest lockdown will end at the start of December, Mr Burnham said: “I personally am not hugely optimistic that we’re going to see the big change people might expect.

“It certainly won’t be like the change we saw in March and April and I think it’s important that we set those expectations now and that we’re realistic with people.

“On the current basis I’m not particularly optimistic that [the lockdown] would end come December.”

Manchester council leader Sir Richard agreed that it was unlikely that after lockdown the infection rates would suggest that the measures should be lifted.

He suggested that the outcomes of the ‘fire break’ lockdown imposed in Wales will give a better idea of what will happen in Greater Manchester and the rest of England.

“I wouldn’t be at all surprised to find [the lockdown in England] being extended for a couple of weeks,” said Sir Richard.

“Even if national lockdown ends the likelihood is that Greater Manchester will still be in some sort of Tier 3 arrangements.

“We cannot live like that indefinitely, Greater Manchester has now been in some form of restrictions since March.

“That is clearly something that is doing a large amount of damage unless we’re able to move into, at least if only for a period of time, some more normal ways of living.”

At the same press conference it was announced that half of all ICU beds in Greater Manchester hospitals are currently occupied by Covid-19 patients.

The city-region also recorded 50 more deaths from the virus on Wednesday – one of the highest numbers of deaths recorded in a single day in recent week.

It takes the regional hospital death toll to 2,811.