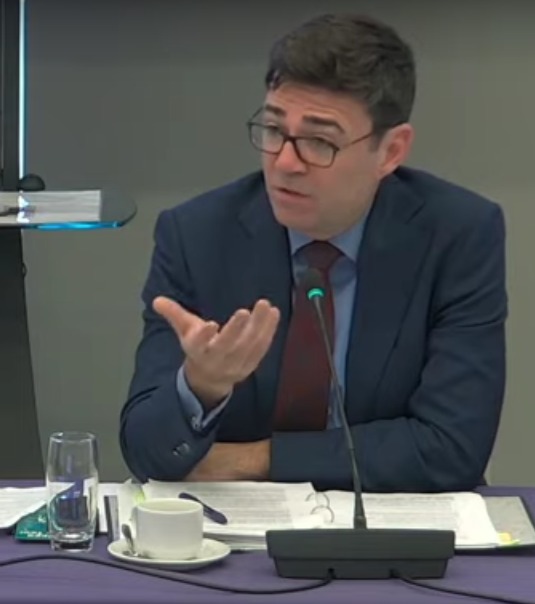 The city region’s mayor says its approach had kept local leaders in the dark and sown ‘anxiety and confusion’ among residents.

He fears ministers are in danger of ‘losing the public’ and is calling for a return to daily briefings led by expert scientists and medics.

Speaking at a press conference on Wednesday afternoon, he said it was critical that the government won back people’s confidence before the winter, warning that ‘lives are at stake’.

He said: “I think this is urgently needed, we have to win back the public trust and boost public understanding of some of the decisions the government is having to make.”

Mr Burnham said that,  as a former health secretary himself, he understood Mr Hancock had a ‘very difficult job to do’ – but the government was becoming harder to deal with, particularly in respect of how announcements are made.

The mayor pointed to three recent examples where he felt communication between the govenrment and local leaders had been lacking.

“A week ago today we had the situation with Bolton and Trafford where there was confusion about whether they were out of regulations – and obviously that was an avoidable situation but nevertheless caused confusion,” he said.

“If we come to this week and the closure of hospitality, that was not a decision in which I or the other leaders – bar the leader of Bolton- had any involvement in.

“We absolutely understand it was a fast-moving situation but, nevertheless, an announcement made yesterday lunchtime that took many of us by surprise.”

Finally he said that he did not ‘understand the logic’ behind announcing a ban on social gatherings of more than six people at 10.30pm last night ‘just as people are going to bed’.

He also warned the government  risked further confusion by introducing some measures with immediate effect – as happened with the hospitality restrictions in Bolton – while others do not come into force for several days.

“I don’t think we can carry on like this,” he said.

Mr Burnham said the reinstatement of daily briefings would bring a clarity to government messaging, and any changes should be explained by experts from the fields of science and medicine.

With the NHS expecting to come under extra pressure over the winter, and the impact of schools and universities returning not yet known, he said the country was entering the most serious phase of the pandemic.

“I think we need to get our focus back here, lives are at stake as we go into the remainder of this year” he said.

“The climate that was created in the summer around Eat Out to Help Out has had the effect if taking us in the wrong direction.”

Daily coronavirus briefings from senior government ministers and civil servants – including the chief medical and scientific officers – were brought to an end in June.