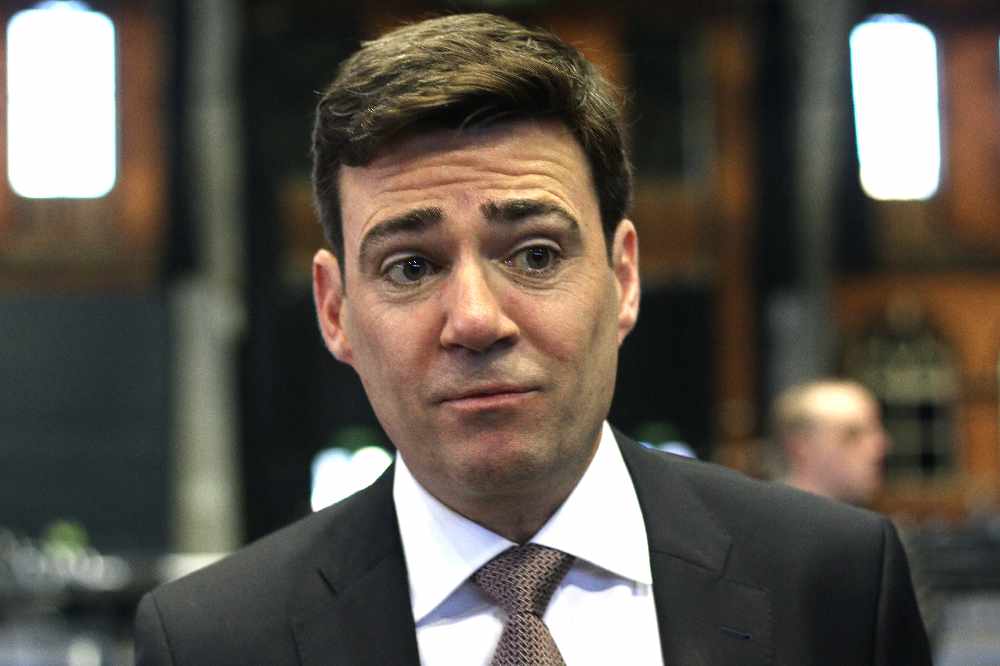 Greater Manchester leaders have unanimously opposed plans to impose the toughest coronavirus restrictions on the region, insisting they are "standing firm" and "fighting back for fairness and for the health of our people".

In a joint statement on Thursday afternoon (15 October), Mayor Andy Burnham and the region's 10 council leaders - including Tameside's Brenda Warrington and Oldham's Sean Fielding - say they have "communicated their clear and unanimous view to the government" that "it is wrong to place some of the poorest parts of England in a punishing lockdown without proper support for the people and businesses affected".

Their defiant stance comes after meetings throughout the day between Greater Manchester leaders (including MPs) and the government over plans to upgrade the region from Tier 2 'high' alert to Tier 3 'very high' in the coronavirus lockdown system introduced this week - but so far no agreement has been reached.

Mr Burnham held a press conference in Manchester city centre, in which he criticised the government's pushes for harsher restrictions.

'They are asking us to gamble our residents' jobs, homes and businesses'

A statement - issued by his office on behalf of the Mayor, Deputy Mayors and all 10 Greater Manchester leaders - described the government's plans for Tier 3 as "flawed" and "unfair", accusing them of "asking us to gamble our residents' jobs, homes and businesses".

They said: "Today we communicated our clear and unanimous view to the Government: it is wrong to place some of the poorest parts of England in a punishing lockdown without proper support for the people and businesses affected.

"To do so will result in certain hardship, job losses and business failure. It will cause harm in a different way - to people’s mental health - and is not certain to control the virus.

"Last night, the Deputy Chief Medical Officer told Greater Manchester Leaders that to bring the infection rates down any regional lockdown would require widespread closures way beyond pubs to stand any chance of working and would have to be done in tandem with other neighbouring regions. And, even then, it would not be certain to work.

"But here’s the point: the Government is not giving city-regions like ours and the Liverpool City Region the necessary financial backing for full lockdowns of that kind.

"That is why we have unanimously opposed the Government’s plans for Tier 3 – they are flawed and unfair.

"They are asking us to gamble our residents’ jobs, homes, and businesses - and a large chunk of our economy - on a strategy that their own experts tell them might not work. We would never sign up to that."

They also said that Greater Manchester and other parts of the North West are "being set up as the canaries in the coalmine" for "an experimental regional lockdown strategy" and once again outlined the support that people need in line with the proposed closures.

The statement went on: "While this is not necessarily Greater Manchester's view, the only thing certain to work, as the DCMO told us last night, is a national lockdown. But the Government told us this morning it is unwilling to do that because of the damage it will do to the national economy. And yet that is what they want to impose on the North West.

"So that was our conclusion from the No10 meeting this morning: they are willing to sacrifice jobs and businesses here to try and save them elsewhere.

"Greater Manchester, the Liverpool City-Region and Lancashire are being set up as the canaries in the coalmine for an experimental regional lockdown strategy as an attempt to prevent the expense of what is truly needed.

"The very least they should be offering the people of Greater Manchester who will be affected by these closures is:

"So far, they have not been prepared to offer that.

"Imposing damaging regionals lockdowns in this way won’t work. It will level-down the regions and make recovery longer and harder.

"To those who say this is all politics, let me remind you that, 10 weeks ago, myself, the two Deputy Mayors and all the Leaders become the first to work with the Government in accepting regional restrictions and people here have been struggling under them ever since.

"This is an important moment. Greater Manchester will stand firm. We are fighting back – for fairness and for the health of our people in the broadest sense."

'The government must listen and respond properly'

The case that @AndyBurnhamGM has just put set out is clear, correct and unanswerable. The Govt must listen and respond properly

Absolutely clear from @AndyBurnhamGM that Greater Manchester won’t willingly have an underfunded and ineffective but damaging Tier 3 imposed on us. Precisely what every MP on the call with the Minister said too. 👏🏻 https://t.co/Iq1tmsbHv4

No area should be forced into an agreement that;
- lacks evidence to support intervention
- a broken test and trace system
- inadequate business support
- inadequate financial support for workers affected by closures and reductions in business
- starved resources on the ground https://t.co/RpoCVQ5N3l