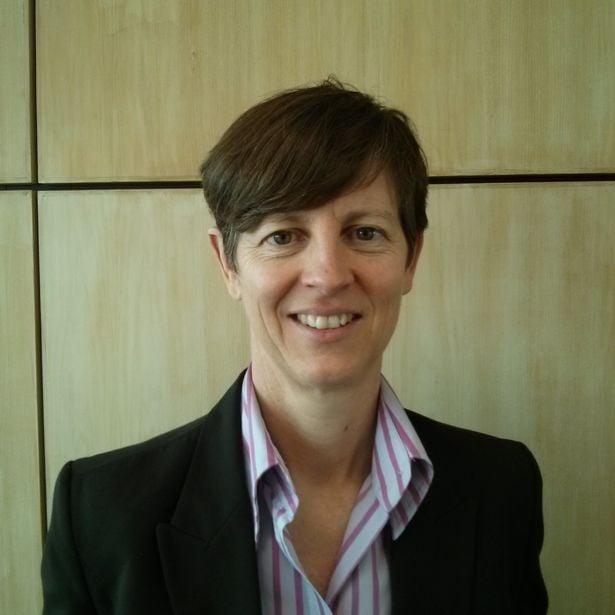 Health chiefs are growing increasingly concerned that Covid-19 cases in Greater Manchester are not falling as rapidly as other parts of the country, and the region could face being locked down for even longer.

One director of public health has warned there continues to be a ‘reservoir’ of coronavirus circulating in the community which is keeping infection rates high.

As of Wednesday, all ten boroughs of Greater Manchester recorded an infection rate higher than the England average.

Less than three weeks ago, on January 31, all were below the national average.

And the boroughs of Tameside, Bury and Bolton have in fact seen rates rise again in recent days, despite the strict lockdown restrictions remaining in force.

At his weekly press conference on Wednesday, Greater Manchester Mayor Andy Burnham revealed that while pressure is easing in the region’s hospitals the ‘flickering up’ in Covid cases in Bury and Tameside is a cause for concern.

Dr Jeanelle de Gruchy, Tameside’s director of public health and president of the Association of Directors of Public Health, said: “Generally our rates in Greater Manchester are coming down slower than other parts of the country and that is quite concerning because we’re still in lockdown.

“Some of our districts have actually gone up a bit, so Bolton, Bury, and now Tameside. The question is are we plateauing, are we hovering, or are we going back up?

“We don’t quite know yet, I think the trends are still emerging but if this is happening in lockdown we’d be really quite concerned about any easing of the measures.”

Prime Minister Boris Johnson has pledged to reveal his ‘roadmap’ out of the country’s current lockdown on February 22.

But locally there are fears that easing of restrictions could be based on a national picture of diminishing cases, and ignore warning signs from the north west that Covid-19 remains rife in communities.

“Our concern is that rates are going down quicker in other parts of the country and that might influence when nationally we start to ease measures,” Dr de Gruchy said.

“After the first lockdown Greater Manchester was probably not low enough, and at that time we were much lower than we were now, and it wasn’t the variant either.

“Because as much as we know that it is really important for some of the measures to be eased at some point, particularly our kids to go back to school, what we want to do is avoid a further rise and then having to lockdown again.

“You have to go with what the data says, not with what a particular date says.

“It comes across more that we’re going into a phase of easing, we’ve got vaccinations, the rates are coming down, but to be frank that’s not really where we’re at in Greater Manchester.

“I think people need to even increase their vigilance, their hand washing, face covering and social distancing and absolutely abide by the rules around getting themselves tested if they’re symptomatic, and self isolating.

“We don’t want to not be able to come out of lockdown. The last thing we want is for the north west and Greater Manchester to be under longer restrictions than everyone else.”

Bosses are keen to avoid a repeat of last July, where restrictions were lifted prematurely while Greater Manchester was still fighting the first wave of the virus.

An official report by Public Health England has shown that high coronavirus levels, deaths and deprivation go hand in hand, and in poorer communities it is effectively endemic.

And according to Dr de Gruchy, that situation has not changed.

“There is a concern that some of what we’re seeing is Covid circulating in particular communities due to some real structural issues,” she said.

“The kind of work that people can’t work from home, potentially living in cramped crowded housing, and potentially find it more difficult to self isolate either within the home because they don’t have spare rooms or spare bathrooms.

“Or because the nature of their employment is such that they can’t afford to stay off work – those things haven’t changed, and we are really worried that they have become more entrenched.

“We’ve still got high prevalence, in other words a high reservoir of people who are still infectious.

“And so if people aren’t really keeping to the lockdown rules and restrictions and with the variant it’s just more likely that we will continue to have the high rates that we are, which is really worrying.”

In the seven days to February 12, the latest hyper-local figures show there were an extra 29 incidences of the virus in the Hattersley neighbourhood, bringing the weekly case total to 40.

Dr de Gruchy said there has been a ‘particular spike’ in the area but there are no obvious outbreaks that would explain the rise.

Rather they partly attribute the cause of pockets of increasing cases to how ‘unforgiving of social contact’ the new, more transmissible variant is.

The ‘Kent’ variant of Covid-19 is now widespread, making up around 95pc of new cases and effectively displacing the original virus strain in most areas.

Dr de Gruchy explained that the ‘R’ rate of the original virus was 3 – meaning that without restrictions a person who tested positive was likely to go on to infect three others.

However the new variant is believed to have an R rate closer to 4, meaning it can spread even more easily.

“So that is a huge difference if you multiply that to the number of cases we’re seeing,” she said.

There is also ‘an element’ of people not sticking to the rules around socialising and staying at home where possible.

However that is only one part of a ‘complex scenario’ which is continuing to drive higher-than-hoped-for case numbers.

“If in Greater Manchester more people have to go to work and can’t work from home, and if we have more essential workers going into work, their children are at school and you can see that there is just more opportunity for people to be in contact with others,” Dr de Gruchy added.

“It’s not necessarily people not keeping to the rules but it’s just they can’t work from home and there is more opportunity for the virus to spread and it just reminds us how much more we have to be vigilant on this one.”

And while the roll-out of the Covid-19 vaccine continues apace, with more than half a million people receiving their first jab in the region, there are warnings that it is not yet a silver bullet to allowing life to return to normal.

Dr de Gruchy admitted it could potentially be ‘months’ before the vaccination programme begins to have an impact on transmission of the virus.

“We know at the moment the people that we are vaccinating aren’t the age group that’s going out and about to work and so potentially transmitting Covid. They’re at the end of the transmission chain,” she said.

“We need to remind people that if you’re vaccinated you’re still able to get infected and infect others, but you are much less likely to get ill if you did become infected.

“They really do need to be very careful still with what they’re doing.

“We can’t ease at the moment, we’re in a really tricky period I think. It will get better but we’re not out of the woods yet by any means.”