Glossopdale pubs are telling Tier 3 residents to stay away 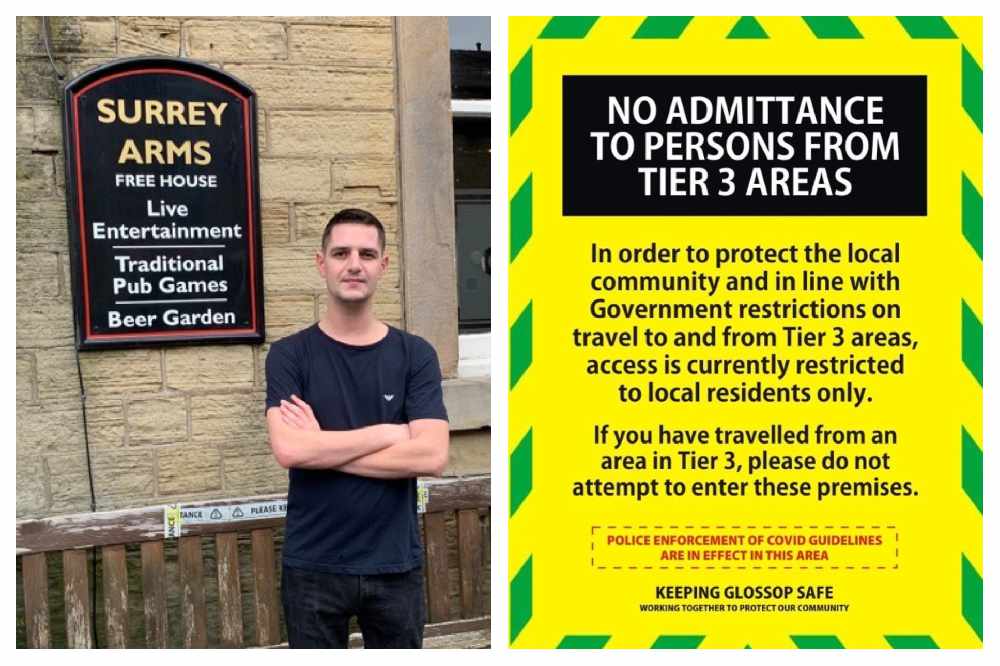 Many of Glossopdale’s residents travel into and out of neighbouring Greater Manchester for work and to visit friends and family, with those in the city area also travelling to the High Peak.

Landlords in Glossopdale, which has had a higher level of Covid-19 cases than the rest of Derbyshire for weeks and was put in local tier two restrictions last week, are fearing a “nightmare” weekend with Manchester area residents flocking to areas outside tier three.

Greater Manchester’s tier three restrictions come into force from one minute past midnight on Friday, October 23.

In tier two, travel between areas is allowed but different households cannot meet indoors, including in pubs, alongside the rule of six and with pubs closing at 10pm.

In tier three, travel into and out of the area is actively discouraged for all but essential reasons, with exceptions for work and education. Pubs which do not serve food would have to close.

So far, five pub landlords in Glossop have signed up to a pledge not to admit any customers from tier three areas.

They will not be asking for ID or proof of address but will be actively discouraging non-residents and promoting Government travel restrictions.

Leon Haynes, landlord at the Surrey Arms in Victoria Court for the past six years, is behind the Glossopdale scheme and has designed government advice-style posters which he is distributing to fellow publicans.

He said: “We are at the end of the train line which connects us to Manchester, it takes 40 minutes on the train to all the areas which will not be under the same restrictions as us.

“We have got a group of us, the other landlords in town, and I have made posters which say ‘In order to protect the local community and in line with Government restrictions on travel to and from tier three areas, access is currently restricted to local residents only. If you have travelled from an area in tier three, please do not attempt to enter the premises’.

“We are all sticking them up in our windows and we are trying to physically limit the number of people coming in from out of town.

“It is going to be impossible, but if we all stick together and we all do this, maybe it will put people off coming.

“There are five pubs on board at the moment, just from this morning, and I’m trying to get the majority to join us.

“I think people will still come down. I think Glossop is going to be a bit of a nightmare this weekend. I think a lot will jump on the train and try their luck, then our R rate will go up and we’ll be shut down.

“We are running at 20 per cent capacity at the moment, 20 tables in total, due to having to have one household or support bubble per table. I have eight people in right now and they are taking up eight tables.

“We are making less money than usual but more than we would if we were shut.

“However, if we move into tier three we will get support from the Government. Tier one was bad enough but now I’d welcome that.

“I think Glossopdale will be put into tier three before the end of this month. I think we could have a national lockdown where everything shuts and I think we should, to get things back on track and winter will be a nightmare.

“I think a lot of pubs won’t come out from the other side of this, it is going to be very hard. But I’ll stick it out because I don’t give up. People support local pubs, every pub here has its regulars and I think Glossop should be ok and people are travelling less, which has helped us.

“Glossop will survive but we have to work together.”

Duncan Wilson (pictured below), the landlord at the Corner Cupboard in High Street West, Glossop, for the past nine years, has signed up to the scheme. 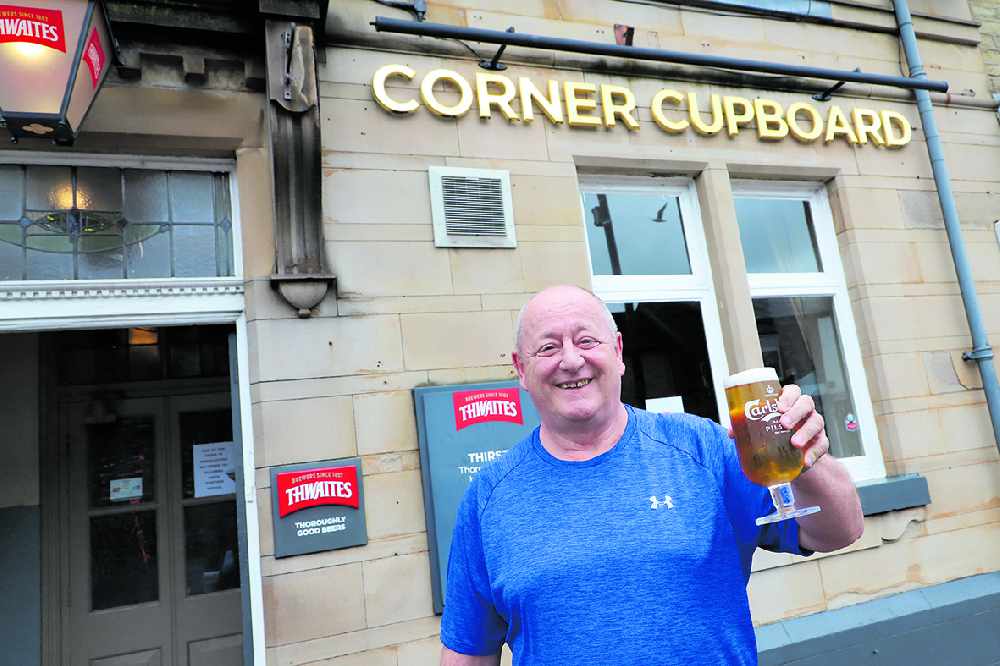 He said: “We are going to get people coming up from Manchester and Tameside to get a drink, I think it is going to be an issue.

“Unless you have marshals at the train station you can’t do much, but then they can just lie.

“As a pub landlord, from Friday I am only going to be letting my regulars in, the people that I know.

“Quite a few of us are going to be putting up notices saying if you’re from a tier three area you won’t be let in and won’t get served.

“Leon is getting us all on board and I am behind him a million per cent.

“During the football system we have always people coming up to us from Hyde if they can’t get in a pub there.

“We have Sheffield going into tier three and Greater Manchester and Tameside – and lowly Glossopdale is stuck in the middle.

“It has gone very quiet in the past week since we went into tier two. The 10pm curfew hasn’t helped. We have had people in, keeping social distancing and we are not letting people in without a mask and then I have to kick them out at 10pm, it is heartbreaking.

“It is also costing me about £1,600 a week in takings. My bills aren’t any less and my rates haven’t been reduced, the brewery still wants the rent for the premises.

“I think the winter is going to be absolutely shocking. I think you are going to see massive amounts of pubs and restaurants shutting down and not reopening.”

Cllr Rob Baker, who represents Tintwistle on High Peak Borough Council, which is also in Glossopdale’s tier two restrictions, adjoining Tameside, said: “It is going to be a very difficult situation for a lot of people.

“It has been difficult for businesses from the start, they are really going to feel the pinch from the loss of trade, especially at this time of year when people would usually be looking for things to do inside and pubs will expect the upturn in business but are perhaps not going to see that.

“I think it is inevitable that businesses go under. High Peak Borough Council officers have done everything they possibly can to support businesses and are working exceptionally hard to get the support grants we had.

“But there is going to be a tipping point where there simply isn’t enough trade to meet the costs and I hope some businesses can meet compromises with their landlords but best case scenario some may have to shut in the short term or close altogether, which is incredibly sad.”

The High Peak has the second-highest case rate in Derbyshire with 222 per 100,000 people, as of October 11-17. Glossopdale is the only area of the borough in tier two.

The four local areas which make up Glossopdale saw 127 new cases in the week to October 15.

Neighbouring Tameside, which will be in tier three from Friday, has a case rate of 364 per 100,000 people.

Leon Haynes from The Surrey Arms and the poster which Glossopdale pubs will be displaying.