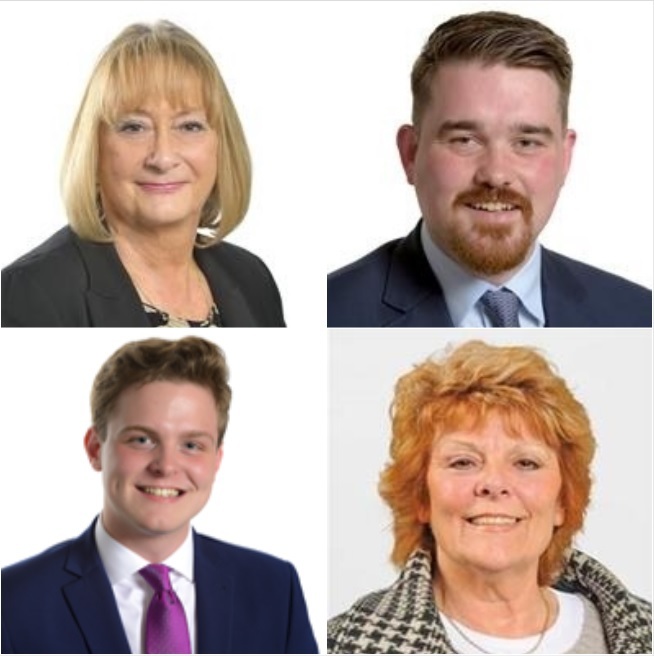 Councillors have clashed over the government's handling of coronavirus, with a top Tory insisting they have done 'a bloody good job' while Tameside's leader claimed it had led to 'unnecessary deaths'.

Council leader Brenda Warrington told a meeting of the full council that she had been left ‘disappointed and frustrated’ by the government’s reaction to the pandemic.

This included the delivery of personal protective equipment for key workers, which she described as ‘very poor and non-existent at the beginning’ to the ‘shambles’ of the test and trace system.

“And although we are improving it, it’s local people that are actually managing to make enough sense of the system to make it worthwhile, and we are still working on that,” Coun Warrington said.

“Time and again we’ve fallen short, particularly in comparison to other nations that are fighting the pandemic beside us.

“And the cost may well end up being counted in thousands and thousands of lives in our hospitals, in our care homes and in our communities. Unnecessary deaths in my view.

However leader of the opposition Tory Group Councillor Doreen Dickinson responded that she was ‘amazed’ at Coun Warrington’s comments.

“Hindsight is wonderful, nobody knows what the Labour government would have done, we know what the Conservative government have done because they were in power,” she said.

“I think they’ve done a bloody good job to be honest.”

A spat later broke out during the meeting over a council motion tabled by cabinet member for finance, Coun Oliver Ryan, which called on the government to give more funding to local authorities and a pay increase for its workers.

“This is not a motion of a council asking for a handout, this is a motion asking for fairness and respect for the staff and services our communities most rely on,” he said.

Coun Ryan thanked the ‘heroic staff’ at the council and in the health services for their ‘Dunkirk spirit’.

But he added that they have an £8m financial gap this year from the extra costs of Covid-19, which is not being met by the funding offered by government.

“We know we face an additional £74m gap over the next five years with just 18 months of reserves, and that doesn’t take into account the expected surges in areas such as primary care, mental health and statutory children’s and social services.

“While I think it’s important to praise government for this one year funding, it’s simply not enough.

“It only covers this year and we’ve had no structural funding commitments for our losses from the airport, council tax and business rates or expenditure over the next few years.

“The cost of Covid will be with this council for years to come and the government are essentially saying, it’s Tameside’s problem after this year, you’re on your own.”

However Stalybridge South Coun Liam Billington hit back, saying: “I’ve never heard so much blown up crock in my life for one person, honest to god.

“Oliver you absolutely have a nerve to demand that the government pays for Tameside’s share of the airport bailout.

“How ridiculous is that statement. The council has had over £29m in cash so far from the government to spend on coronavirus related pressures.

“It’s actually the government’s generosity that is keeping shops open and hopefully employment.

“It is constantly in review, this is an ongoing crisis which is developing. We received a couple more million pounds last week.”

Coun Dickinson added: “I think this government has done excellently so far in providing funds, and I don’t think it’s the end of it.”

But Coun Ged Cooney, cabinet member for housing, planning and employment said they were only getting 75pc of costs covered by the government.