'At the high holidays, we pray for life': how Covid changes this Jewish new year 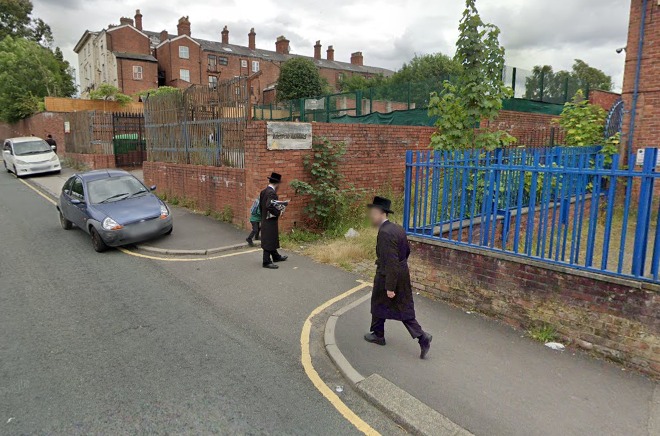 With the high holidays fast approaching, Jewish communities in Greater Manchester are preparing to celebrate a new year like no other.

Festivals and fast days are observed throughout the holy month of Tishrei which starts on Friday evening with Rosh Hashana – the Jewish new year.

Families and friends come together to celebrate at this time of year, and many congregate in synagogues to worship on the day of atonement – Yom Kippur.

But as coronavirus cases rise across the region, and restrictions remain in place, the community must mark the high holidays in a different way this year.

Russell Conn, the president of the Jewish Representative Council of Greater Manchester and Region, said community leaders have been working hard to keep everyone safe as they prepare for Yom Tov – Jewish holiday – activities.

He said: “Of course it’s going to be different. This obviously has a big impact.

“The Jewish New Year and Yom Kippur tends to be a family occasion celebrated in people’s houses.

“There are many Yom Tov meals and people tend to break the fast together.

“Nationally, you’re not allowed more than six people, but Greater Manchester has even tougher rules. So it will not be possible this year.”

Places of worship closed their doors for months during the lockdown.

But this summer, some synagogues have slowly started to reopen with strict rules such as sanitising, standing two metres apart and advanced bookings.

Attendees are also asked not to to sing or pray any louder than their normal speaking voice and no food and drink can currently be offered after services.

There will also be strict rules regulating the blowing of the Shofar, a musical horn, which must be heard at the new year service, according to the Bible.

Mr Conn was keen to stress that worshippers must also wear a mask indoors.

He said: “It’s the law. The Rep Council and local authorities have been working as hard as we can to make sure that’s enforced. We want to keep people safe.”

While synagogues belonging to the progressive movement have stayed shut and held online services instead, according to Mr Conn, the mainstream and orthodox synagogues have been holding regular services for months now.

All the main synagogues in Greater Manchester are asking their congregants who wish to attend a service to book in advance to control capacity, but also to help with contact tracing should one of the attendees test positive for Covid.

This policy will stay in place throughout the high holidays, Mr Conn said, and those who do not book, or are not congregation members, will be turned away.

But with some still shielding or self-isolating, synagogues – also known as shuls – have seen fewer congregants attending their services since reopening.

Rabbi Greg Bank of Yeshurun Hebrew Congregation in Cheadle, a synagogue which typically hosts 150 people at a normal Shabbat service, said around 40 people are now attending on Saturday mornings for the special ceremony.

He said: “A lot of people are still apprehensive about coming back to shul. But we’re not pushing anyone to come back.

“When the weather’s better, we pray outside. For Rosh Hashana, we’ll have a marquee outside. We’re planning to do services in multiple locations.”

Zoom events and other online activities will offer an alternative to the usual gatherings this year, the first of which take place this weekend as the more religiously observant of the community do not use electricity on a Yom Tov.

But community leaders say they are concerned about Tashlikh, a customary Jewish ritual which typically takes places on the afternoon of Rosh Hashana and is performed by bodies of flowing water such as rivers and streams.

Rabbi Bank is encouraging people not to go in large groups or gather.

He said: “Our number one guiding principle before anything else – a primary concept in Jewish belief – is sanctity of life above all else. That’s the main thing we have to ensure. That’s our guiding light.

“We try to hammer home the message all the time. Life comes first. After all, at the high holidays, we are praying for life.”

Patrols around “hotspots” have also been arranged by the authorities.

Mr Conn explained: “There will be patrols in what are identified as hotspots and if people are seen not to be sticking to and are actively in contravention of the new laws about gathering, then the authorities will deal with it.

“If they can’t get people to respond, then they will enforce.

“We need to get the message out to say this is the law and we have to obey it.

Mr Conn said the new national legislation banning gatherings of groups larger than six has not affected the community’s preparations for the high holidays.

This is because most of Greater Manchester, including the borough of Bury which is home to the region’s largest Jewish population, already have stricter restrictions in force forbidding different households from meeting indoors.

But he said any further changes to the law must be communicated in advance.

He added: “The Rep Council, in conjunction with local authorities, public health and Greater Manchester Police, are all working as hard as we possibly can to ensure the right messaging is out there well in advance.

“We’ve been nudging central government and local MPs to make sure we have the information in the right time.

“If we get it on a Thursday and it’s for Shabbos, it’s not enough. We need seven days.”

Higher Broughton is home to the Haredi community, commonly called the “ultra-orthodox”.

The neighbourhood has been the hardest hit by coronavirus in Salford and its Jewish population is one of the hardest-to-reach communities in the region.

Many of its members don’t watch television, own smartphones and, in some cases, have access to the internet, a councillor from the community has said.

Kersal councillor Ari Leitner said he and his colleagues at the council have worked with police and other authorities to communicate crucial messages.

This work has included translating adverts into Yiddish and setting up a hotline which the Conservative councillor claims received around 1,000 calls a day.

He said: “I would like to wish all those celebrating the Jewish high holidays ‘Chag Sameach’, and hope each and every one of you is able to enjoy the holiday in these strange times.

“We do ask that all communities in Salford take reasonable precautions whilst celebrating, in line with government guidance and the latest rules regarding lockdown restrictions.

“At any large-scale community events, transmission of Covid-19 is possible and any spike in cases could lead to our whole city being subject to more severe restrictions, impacting communities and businesses as well as our quality of life.

“Sticking to the rules during holidays can be difficult, especially when such holidays are rare occasions to meet with family and friends. But rest assured, working together we can help to control the spread of the virus, protect the vulnerable and get lives back to normal.”