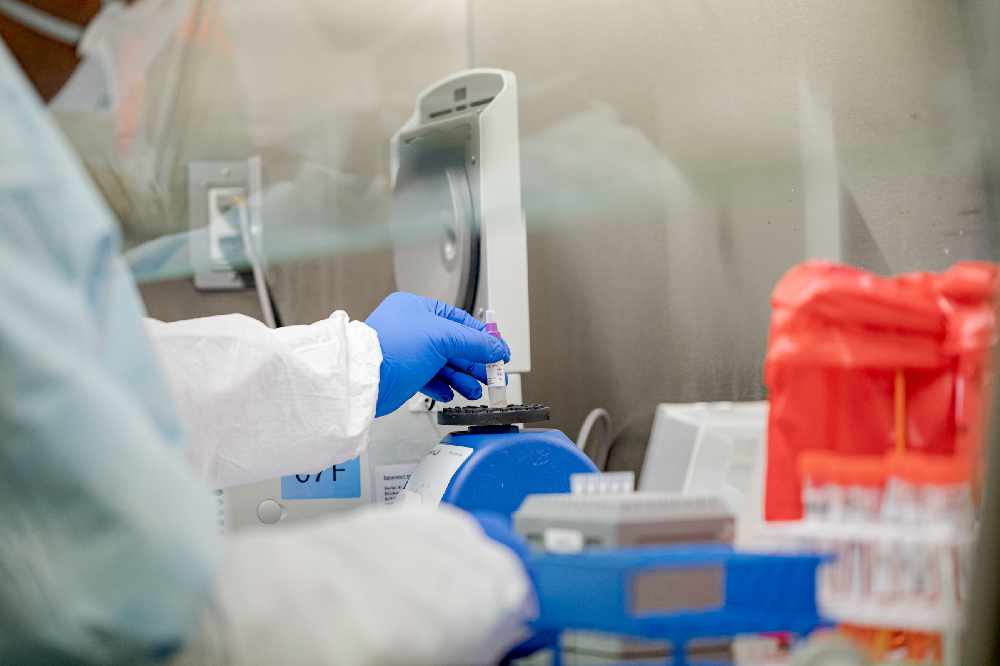 Tuesday was another day of chaos for the coronavirus testing system in Greater Manchester.

Things don’t seem to be getting any better. Local politicians say they’re still not being listened to by the government, while the health secretary didn’t exactly allay their fears in the House of Commons.

All the while, thousands of people across our region face days of uncertainty. Scores of people can’t get a test; can’t put their minds at ease.

This while much of the region is still living by local lockdown rules, with hundreds of thousands of people across two boroughs still facing even tighter restrictions.

One MP reported constituents being referred to a testing centre more than 700 miles away.

There are fears the entire system is about the collapse, with lab capacity and the number of tests available seemingly unable to cope with soaring demand.

Bolton  – which has the highest infection rate in the region –  has today urged the government to urgently address the availability of tests for people in the borough.

Its skyhigh number of cases is now pushing 200 per 100,000 people. Residents are subject to stricter restrictions than elsewhere in Greater Manchester.

On Tuesday evening, Royal Bolton Hospital issued a desperate plea for people to stop turning up hoping to get a coronavirus test.

Professor Donna Hall, who leads Bolton NHS Foundation Trust, said government’s strategy is ‘fundamentally flawed’ and that local health structures which could have managed testing in the borough have been bypassed.

“Two new test centres have opened in the borough with another to open in the next day or so, but we are seeing overwhelming demand for appointments, and residents consistently unable to access that extra capacity through the nationally run booking scheme.

“This is not acceptable, and we are asking the government to give us additional tests through the national portal for our symptomatic residents.”

The picture is similar in most other parts of the region, with problems arising in Salford, Manchester, Rochdale, Salford and Tameside.

Speaking in a Commons debate, Andrew Gwynne, MP for Denton and Reddish, said some of his constituents were being sent to the Midlands – and even Scotland – by the national system.

He said that while there were testing sites in the borough and close by, people were having problems getting tested there.

Instead, ‘too many are being offered appointments as far afield as Telford, Llandudno, and Leicester – and even the 716 mile round trip to Aberdeen’, Mr Gwynne said.

“Why is this ‘world beating system’ going so spectacularly wrong for them?”

Mr Hancock said an ‘enormous amount of testing’ is being undertaken in the region – as it is being prioritised as an ‘outbreak area’.

He accepted there had been ‘operational challenges’, but said ‘thousands of people were being tested in Manchester every day  in order to ‘get a grip of the outbreak’.

Those words will be little comfort for the parents of a four-year-old girl in Tamside, whose parents told the M.E.N. they’ve been unable to get her tested. She’s lost her sense of taste and she’s complained that her ‘nose isn’t working’.

The whole family is now having to isolate while they wait for home testing kits to arrive.

The girl’s father said: “Using a test on our four-year-old daughter is not going to be pleasant and apparently takes up to five days to get a result, which means we have to isolate for longer.

“My wife can’t work and she works for the NHS as an admin worker.

“I think it’s far from ideal there are new restrictions in place, we are being threatened with lockdown, and the facility that should be there to help us all out doesn’t appear to be there.”

“The crisis over testing has exposed the total and utter incompetence of this government,” she said.

“The government has had six months to get this right, yet my constituents – in an area where infection rates have been high and local restrictions have been in place throughout summer – are being sent to Kent or even Aberdeen, or even told there are no slots available.

“People are trying to do the right thing and get tested, but they are being let down by a government that is failing and then trying to blame the public for their own failures.”

Social media was awash with people telling of their frustrations with the system.

Posting on Facebook, Sania Rehman said: “I have been waiting for test results for four days now.

“My son was seen at an out-of-hours clinic on Friday to treat what turned out to be a chest infection. Without having the stated symptoms, they tested him for Covid and now we have to wait and self-isolate until we get the results so he can return to school along with my other two children, who are sitting at home twiddling their thumbs.

Laura Sephton, also commenting on Facebook added: “I’ve been trying since Sunday evening until dinner time yesterday to get my daughter a test. All I kept getting was ‘this service is very busy’ or they had no home testing kits or no walk-throughs.

“My daughter’s school ended up giving us an emergency kit.”

The picture appears no better in Salford, where Salford and Eccles MP Rebecca Long-Bailey says she is still being  ‘inundated’ with complaints from parents.

Children returning to school seems to be one of the key-drivers behind the increased demand for testing. More than 100 primaries and secondaries across the region have reported positive cases, with thousands of kids – and parents and teachers – now in self-isolation.

Although supportive of the return of pupils going back to school, Long-Bailey said it was imperative the move was made alongside a properly functioning test, track and trace system.

“So, when the inevitable raft of kids with snotty noses and bugs came along, we would not have to shut whole schools down and we would be able to identify serious cases and isolate them,” she said.

The MP said parents were becoming ‘increasingly frustrated’ by the system and that it was critical the government urgently ramped up resources.

Worsely and Eccles South MP Barbara Keeley said the situation was not improving – and that people are ‘really angry’.

“We hear all this about mass testing even before we get on that we can’t get the basic system to work, that’s why people are angry,” she said.

“You hear so much about it, and this is the reality.

In Oldham frustration reached boiling point over the weekend as people were turned away from walk-up centres as the situation descended into a ‘confused mess’.

Ramped up testing – including for people without symptoms –  played a key role in rescuing the borough from a full economic lockdown after rates spiked dramatically in the first week of August.

Concerns that for system is ‘close to falling over’ have naturally sparked huge concern in the borough.

Council leader Sean Fielding said the number of complaints had gone down significantly today, but there was still some lingering confusion.

“That situation does seem to have improved, but there’s a bit of a legacy now where people don’t entirely trust the system because of the confusion caused over the weekend,” he said.

He said Oldham IS still offering testing for people without symptoms. Although current government advice is not to do this, it does include an exemption for when people are asked to do so by their local authority.

People in the borough are still reporting difficulties with the system, however.

Commenting on Facebook, Lorraine Stephens said: “Been trying to get a test in Oldham for my daughter as requested by the 111 service for over 10 active hours! Sort it out!”

In neighbouring Rochdale, people are equally growing weary. The borough also had problems on Monday. Bosses have been stopped from testing asymptomatic people .

Like Oldham, Rochdale came close to having further restrictions imposed over the summer – although it is now subject to the Greater Manchester lockdown, which only Stockport and Wigan are currently outside of.

While rising infection rates have seen it put under red alert again recently ,  widespread testing remains a key part of its strategy for getting on top of the situation.

Rochdale council leader Allen Brett said: “There’s been no progress as they seem to have almost stopped testing and the system has become utterly shambolic.”

He added: “We are at a stage now where the government needs to get its act together and, if it can’t, hand over to local authorities, who seem much better doing things that are local, which is something we have been saying for a long time.”

“This is really a disgrace, it isn’t a joke, because this is affecting people’s lives,” he said.

“We were promised a world-beating test and trace system, this isn’t world beating.”

He added: “What I’m hearing locally is that people can’t get anything, they are just getting blanked out of the system.

“As far as I’m aware, there has been no change and I think you can guarantee there will be some special announcement along the lines of ‘we have solved another problem’.”

Gina-Louise Barnes said she has been unable to book an appointment in Rochdale since last week, with the system offering tests in Dronfield, Nelson and Birkenhead – but none before the end of October.

The 26-year-old, from Balderston,  had to resort to a home-testing kit, but is still awaiting the result.

“Which is frustrating as I’m not allowed into work until I get a negative result which I can not afford to be on the sick,” she said.

A spokesperson for Greater Manchester Mayor Andy Burnham has also issued a statement on the issue.

They said:  “At a time when Greater Manchester is being bit harder by Covid than any other part of the country it is not acceptable that people here cannot access a test locally.

“Our local authorities are doing all they can to increase capacity in places like Bolton but we are hamstrung by serious issues with the national booking system and nationally run sites.

“The government must act immediately to get this sorted and work with us to establish a better long term solution to this problem.

“We would ask people to try booking an appointment only if you have coronavirus symptoms or you have been asked to get tested.”