Almost half of Derbyshire adults have had a Covid-19 vaccine 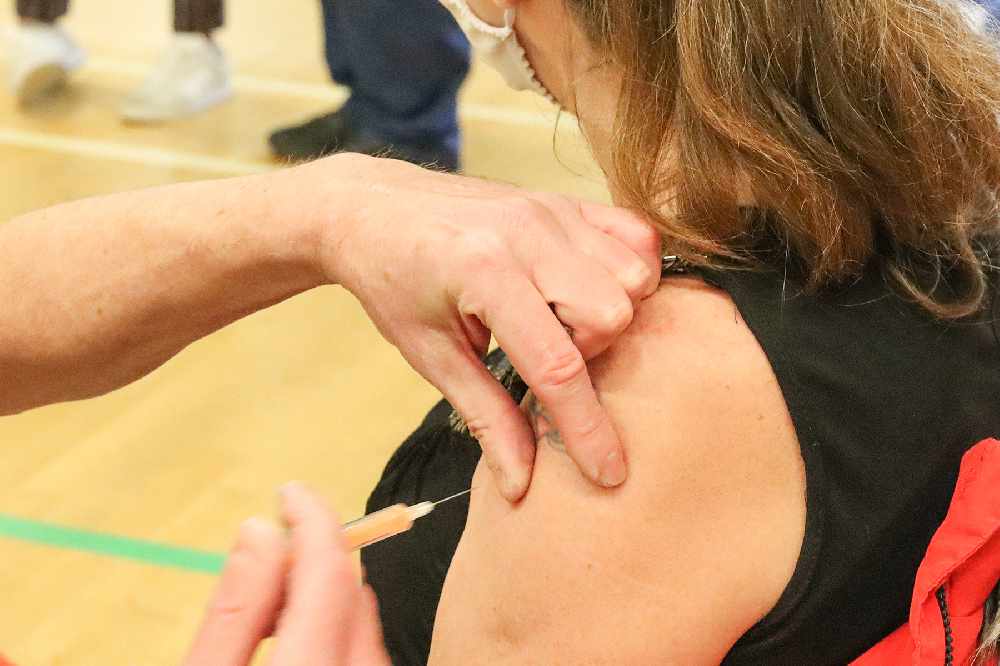 Nearly half of Derbyshire's adult population has been vaccinated against Covid-19 while supply shortfalls loom.

A total of 414,516 Derbyshire residents have received their first Covid-19 vaccine doses as of the most recent NHS England data, to the week ending March 14.

This represents 49.3 per cent of Derby and Derbyshire’s population aged 16 and above, meaning one in two adults in the county and city have now been vaccinated, just over 100 days into the roll-out.

Meanwhile, 96.83 per cent of the county’s population aged 65 and above has been vaccinated.

The number of weekly vaccines being administered is up from last week, but still below other weeks due to vaccine supply shortages.

In the past week the county vaccinated 37,565 additional people, compared to a high of around 54,000 in early February.

Vaccine supply shortages have dominated headlines in the past few hours with NHS England leadership writing to leadership saying there will be a significant drop in supply for a month from March 29 and until April 30.

Local NHS leadership and staff running vaccination sites in Derbyshire have been told not to book any additional first dose appointments for that time period and close all unfilled slots.

He also said that the shortfall would not have an impact on the lockdown easing roadmap – with the stay at home order still due to be lifted on March 29 and shielding ending on March 31.

This is despite one of the four tests for proceeding to the next stage being the continuation of a successful vaccination programme.

Derbyshire has seen a vaccine shortage throughout late February and March which is now showing through, but had, from March 5, been expecting a “significant increase” two weeks later.

Of those in Derbyshire who have been vaccinated, black, Asian and minority ethnic residents make up 6.35 per cent, despite representing 14.45 per cent of the county and city as of the 2011 census.

However, this is a further slight improvement from the previous week’s data.

In a Derby City Council meeting today, Dr Chris Clayton, chief executive of the Derby and Derbyshire Clinical Commissioning Group said that the county and city was not bottom, as far as vaccinating BAME residents goes, but “it is fair to say we have got work to do”.

Local officials are currently not getting in-depth data to show which areas or which communities are having particularly low uptake and are calling to receive this so that they can try to assist.

Dr Clayton said that there is more “ambivalence” (uncertainty and mixed views) towards the Covid vaccines in younger parts of the population, which may prove an issue as the roll-out continues.

This is due to the perception, he says, that the virus will have less of an effect on them, but he stresses the virus does still have “devastating effects” on a proportion of the young population.

Breaking down the vaccines which have been administered in the county we can see which districts have vaccinated the most and least of their respective populations.

The Derbyshire Dales has vaccinated the largest proportion of its 65+ population with 95.92 per cent – placing it 15th in England out of 314 districts.

Derby has vaccinated the lowest proportion at 91.87 per cent, placing it 226th nationally.

Derbyshire Dales has also vaccinated the largest proportion of its population aged 16 and above with 52.32 per cent, placing it 38th in England.

The Dales and North East Derbyshire are the two districts in the county to have vaccinated more than half of their adult populations.

Derby has vaccinated the lowest proportion with 41.14 per cent, placing it 204th nationally.

Breaking the districts down into hyper-local areas, of which there are 6,791 in England, we can see that Duffield, Quarndon & Kirk Langley in Amber Valley has vaccinated the highest proportion of its 65+ population with 97.48 per cent.

New Normanton in Derby has vaccinated the lowest proportion with 68.71 per cent, placing it 6,710 – the bottom 1.2 per cent nationally.

Looking at Derbyshire’s hyper-local areas and the proportion of which they have vaccinated their adult population, we can see Spondon North in Derby has vaccinated the largest amount with 60.25 per cent.

Meanwhile, fellow Derby area New Normanton, just six miles away, has recorded the lowest proportion of its adult population vaccinated with 21.23 per cent.

Here are the statistics for the proportion of respective population aged 65+ and 16+ vaccinated in each Derbyshire district:

Healthwatch Derbyshire, a patient watchdog, is running a survey to find out why residents in the county cannot or will not have the Covid-19 vaccine.

To contribute visit www.surveymonkey.co.uk/r/pressQ2TM2DT or call the Healthwatch Derbyshire team on 01773 880786.