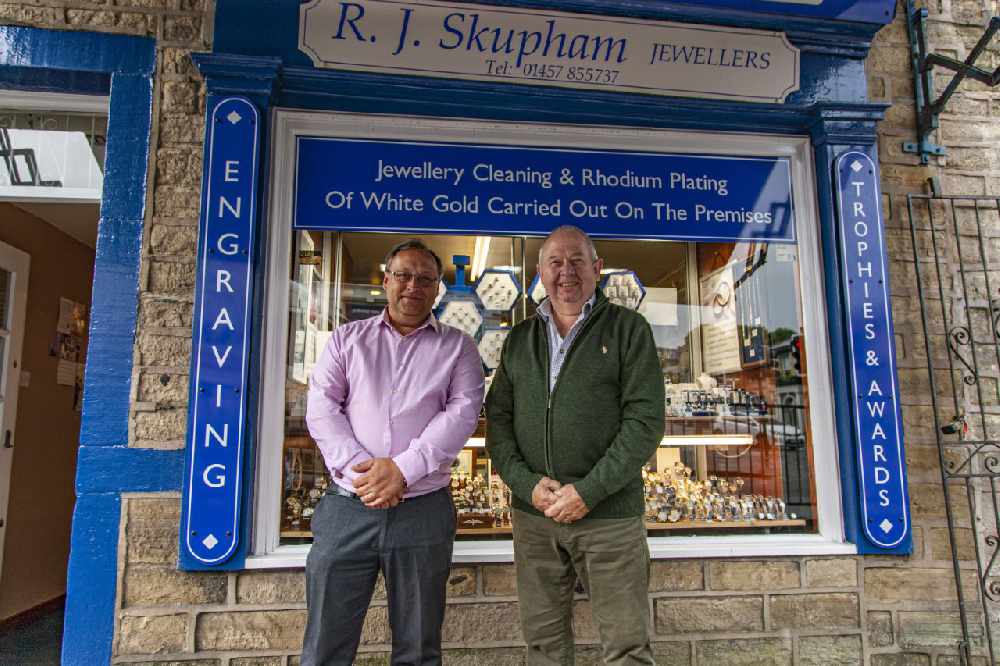 The tables were turned when the former YTS boy and his one-time boss met up to celebrate a big birthday.

This time, jeweller Howard Chadwick was in charge and Bob Skupham was the junior assistant.

The pair were behind the counter of R.J. Skupham Jewellers again, as the Glossop town centre business re-opened after the coronavirus pandemic lockdown was eased.

It was like old times as Howard - who began working for Bob as a 17-year-old in 1986 - and his old boss began to roll back the years.

Howard said: “I started working for Bob under the Government’s YTS (Youth Training Scheme), it was a kind of apprenticeship and lasted two years.”

Howard was at the High Street East shop for five years before he made his way to Manchester and Salford working at and later managing  some big name jewellery outlets.

Sixteen years ago, Bob wanted to sell the business in order to pursue other interests.

“We had always been friends,” said Howard.

Added Bob: “The 40th anniversary was actually in April, but we were not able to do much about it at the time.

“We thought to manage 40 years as an independent shop needed to be celebrated.”

So when the lockdown eased and non-essential shops were allowed to open they did just that.

Plenty has changed in the last 40 years, but not the shop’s name.

Howard said: “Bob has a good reputation in Glossop, he is well-known, trusted and liked so I decided to keep the name.”