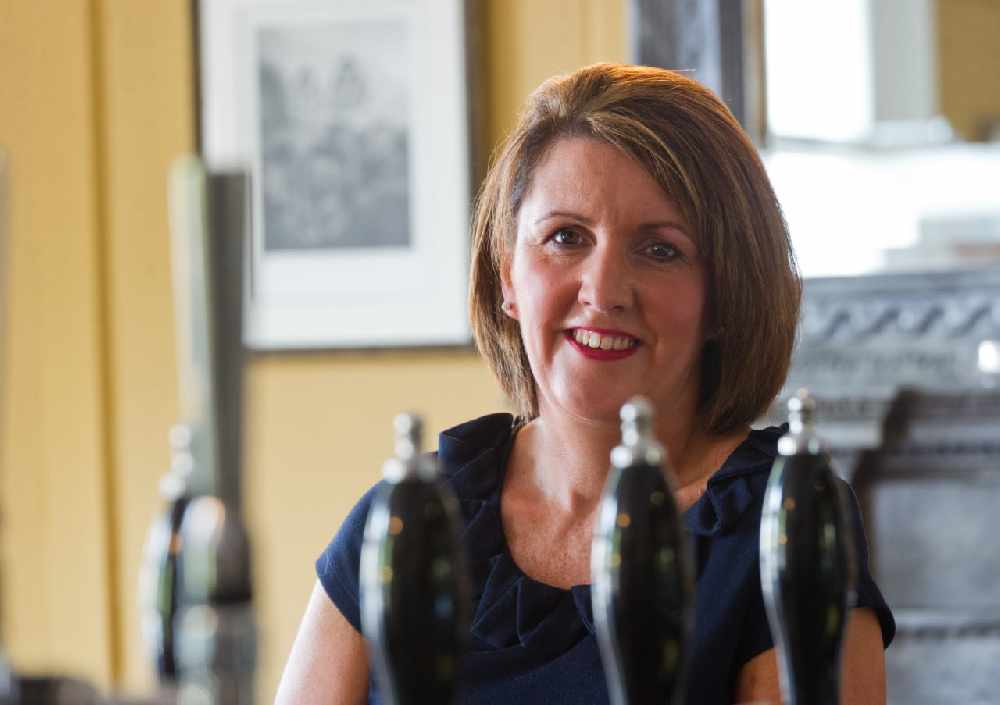 A dynamic and well-respected Saddleworth woman has won the prestigious Businesswoman of the Year prize at the 2020 Women's Business Awards.

Sue Rudden (pictured), owner and manager of the distinguished Grassington House Hotel Group, was voted the winner during a Zoom ceremony celebrating the best business women across the UK.

The awards were presented by the Women’s Business Club, founded by Angela De Souza, who set up a national network aimed at serving  business women in their growth, success and encouraging feminine leadership.

Sue claimed the top accolade, which was seen as "a huge achievement and given to the woman who has been outstanding in their career and business".

The proud mother-of-four said: “I am absolutely delighted and never thought it would be me. I salute all the other nominees. This year has been tough for everyone and I feel very humbled and happy.”

Sue, who was born in Ashton but lives in Springhead, began her upwardly mobile career at the White Hart at Lydgate 30 years ago.

She said: “Initially, I worked two shifts at The White Hart in Lydgate to pay for my twins, James and Adam, to go to playgroup. And when Charles Brierley bought the business four years later, I did bar work and housekeeping to make ends meet.

“I was promoted to bar supervisor, then brasserie supervisor and, as the business grew I worked wherever I was needed. Charles taught me every role building up my confidence as being such a young mother I had none.”

Twelve years ago, Sue and her award-winning chef husband, John, decided to take a chance on the nine-bedrooms Grassington House Hotel and restaurant in the Yorkshire Dales.

Sue, 52, built the hotel around their community and for many years provided AA Rosette food and service to locals and visitors from around the UK.

But the onset of the pandemic, and with the hotel and restaurant team on furlough, Sue identified community needs and launched two new businesses.

Ruddens Rations was born with a selection of fruit, vegetables, meat and household staples, providing an online ordering service and contactless payments for those socially distancing on the hotel terrace.

Sue also personally served the locals and built a following as 'Super Suey the Fruit Lady' swapping a piece of fruit with any child who brought a picture for the hotel or the NHS.

In addition, the couple launched a selection of Tapas, cooked on the hotel terrace in front of the customers for them to choose what they would like for their 'fakeaway' night.

And she launched The Pod to cater for families in isolation, pregnant women, people undergoing chemotherapy and those at the greatest risks.

Long hours, no sleep, store cupboard deliveries for the vulnerable  and looking after the staff were taking their toll on Sue and  her youngest daughter Jessica was diagnosed with Covid in September when she returned to school.

Although she had not been near the restaurant, the hotel and business had to shut for two weeks.

During this time, Sue planned the winter wonderland decorations to give everyone a great Christmas and a much needed community boost.

And she ran a series of competitions over half term for local children and offered a 'Pay It Forward' option where you could keep the prize or give it to a family who would appreciate the gift.

The second lockdown provided Sue the opportunity to launch exciting Christmas and New Year's Eve Hampers for two to six people with easy to follow instructions.