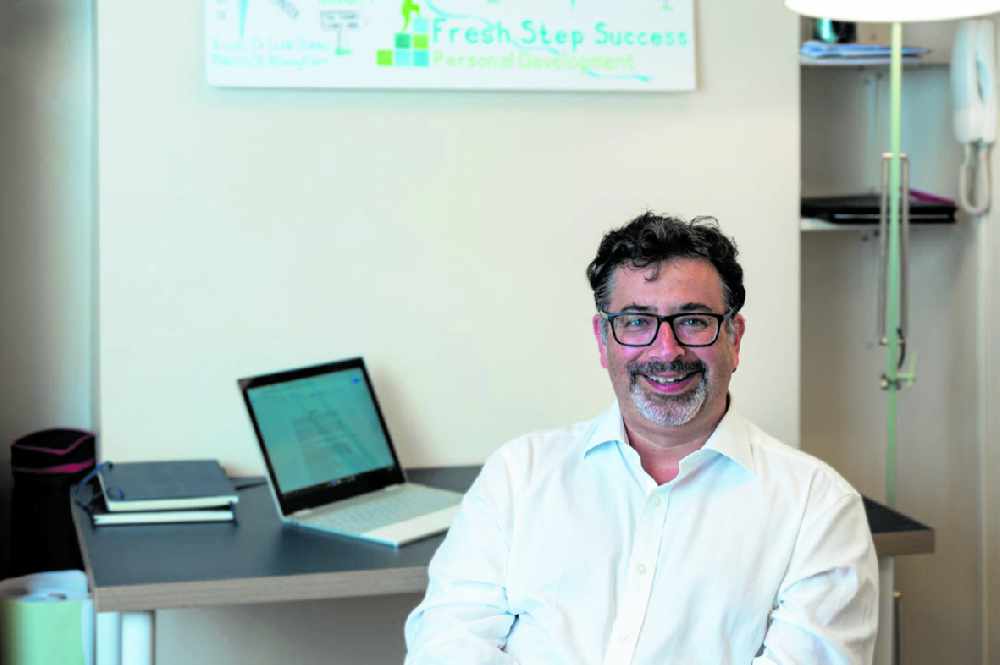 A personal development coach is offering free help to local people suffering from a fear of needles and injections.

Rod Hahlo, from New Perspective NLP, explained: “I realised that there would be many people out there whose genuine fear of needles and being given injections would prevent them from having the inoculations against Covid-19.

“This is so important currently that I just felt I’d like to give something back and help as many people as I could overcome their fears.”

Rod had a working life in learning and development in organisations, including the NHS, before going fully self-employed early last year.

He works with people who need ‘to find empowerment and take back control of their lives’, tackling problems like anxiety, impostor syndrome and self-limiting beliefs to find confidence.

He became a trainer and master practitioner in Neuro Linguistic Programming (NLP) – the study of excellence, how people think and create their behaviours to reach success.

He has since helped a large number of local business people and individuals. He also trains people to become NLP practitioners.

The extreme fear of medical procedures involving injections or hypodermic needles has an official name - trypanophobia - and is thought to affect as many as 10 per cent of the UK population. This fear often relates back to a childhood experience.

So far, Rod has had great success with his NLP work in this field and is currently working online. He stated that most people usually needed two to three sessions of 45 minutes to an hour each to lose their needle fear.

“I’ve been really pleased with the results so far,” he added.

“People have overcome their fear of needles and having inoculations and say they now feel confident about having theirs when they’re offered them.

“One client was able to accompany his wife to get her inoculation last week and he told me he could watch the whole procedure without any worries at all.”

Rod’s offer of free needle phobia removal runs until February 28. To find out more call him on 01204 282717 or email rod@newperspectivenlp.com.