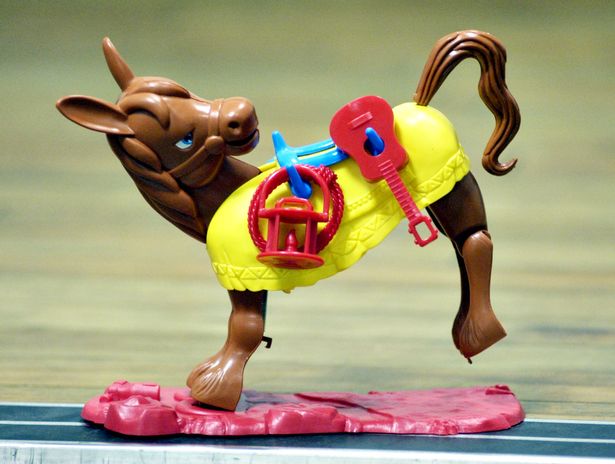 Besides small parts flying everywhere when the thing that happens, happens, the anxiety and stress in the room waiting for Roo to buck is palpable

I want to Bite your Finger 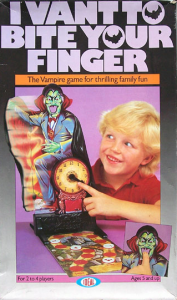 If waking a vampire isn’t scary enough for a child in this so-called game, then the punishment for doing so is to stick a finger in the Count’s mouth so that he can bite you.  It might only be red felt-tip markers masquerading as fangs but it’s enough to cause years of trauma and sleepless nights. 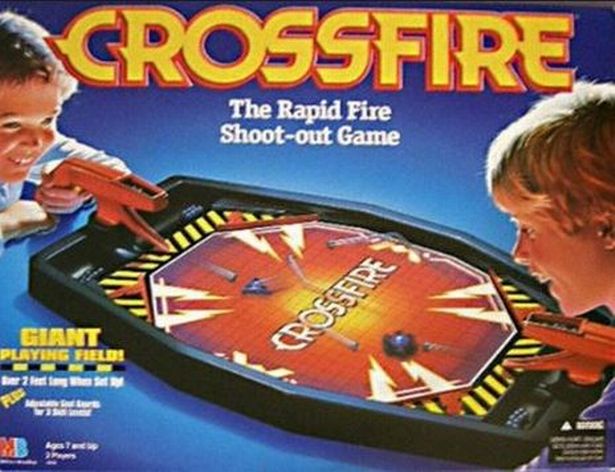 Ice hockey meets football. You push pucks into the opponents’ goal by shooting small metal ball bearings which tend to re-bound into players’ faces resulting in regular trips to the local A & E.

A simple game of repeatedly pressing (or hammering) a lever on your hippo to gobble up plastic marbles. As a result of over enthusiastic and excessive participation, some players now suffer from a medical condition known as Hippo Finger.

A game for contortionists everywhere. I enjoyed watching elderly relatives lose their footing on the slippery mat and end up on their backsides, usually with legs pointing skywards. 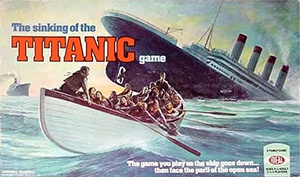 The Sinking of the Titanic

Let’s play a hugely entertaining game for all the family about a real-life tragedy where a ship sinks and people lose their lives. Players have to get off a ship before it goes down and then survive the open seas with the first one to a rescue boat the winner. Such fun. 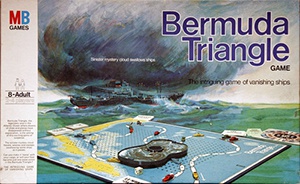 A massive 70s phenomena that spawned books, TV shows, a film, a          Barry Manilow song (let’s gloss over that) and this, a board game that like the Titanic equivalent is about evading death. What’s not to like?