Santa, or “Father Christmas” or however you have come to know the festive gift-giver has been a staple in the customs and traditions of both Christians and non-believers for hundreds of years now.

His jolly demeanour and glorious beard have become the most iconic of all Christmas images, making Santa one of the most famous faces in the world.

But he wasn’t always the same as we see him now. Much like many other legends and tales of old, the story of St Nick has changed over the years to keep up with the times.

Here are a few things you might not know about Santa:

Back in the early days of the Santa story, he had be dressed in a multitude of different clothing types and colours including, but not limited to: Purple, Green, Brown (yes, really) red etc.

As time went on, it became clear that the red version of our favourite Christmas hero was a particular favourite amongst children and it pretty much stuck.

But it wasn’t until the 1930’s when Coca-Cola used a grand painting of a jolly red St Nick in one of their most successful marketing campaigns of all time.

And the rest, as they say, is history! Santa is and forever will be red!

He didn’t always have reindeer

Yes, it is true! The reindeer that have become almost as synonymous with Christmas as the big man himself weren’t always around.

The first mention of Santa’s affiliation with his trusty companions was way back in 1822 when the popular poem “Twas the Night Before Christmas” was released.

It describes many of the attributes we now recognise with Santa, including him driving a magical sleigh powered by Reindeer.

Back then, the reindeer were described as “tiny” but in the decades and centuries that followed, people’s imagination gave birth to the story of Rudolph and gave names to the rest of the pack.

But once again it is true! St Nick was a solo flyer for the majority of his early existence.

In fact the first mention of Mrs Claus in any form was only in 1849 in the short story “A Christmas Legend.”

But after this publication, the Saint’s wife began appearing in more and more holiday stories until she became an integral part of the Santa Claus legend.

Santa was real! In a way…

No, we’re obviously not saying that Santa flies around the world delivering presents to the world’s children each and every December 25th… that would be impossible!

But St Nicholas of Myra was very much a real person and was known as a prolific sharer of presents in his homeland of Turkey.

He was especially well known for offering gifts to disadvantaged children, which makes it understandable why he was made the patron saint of children soon after. 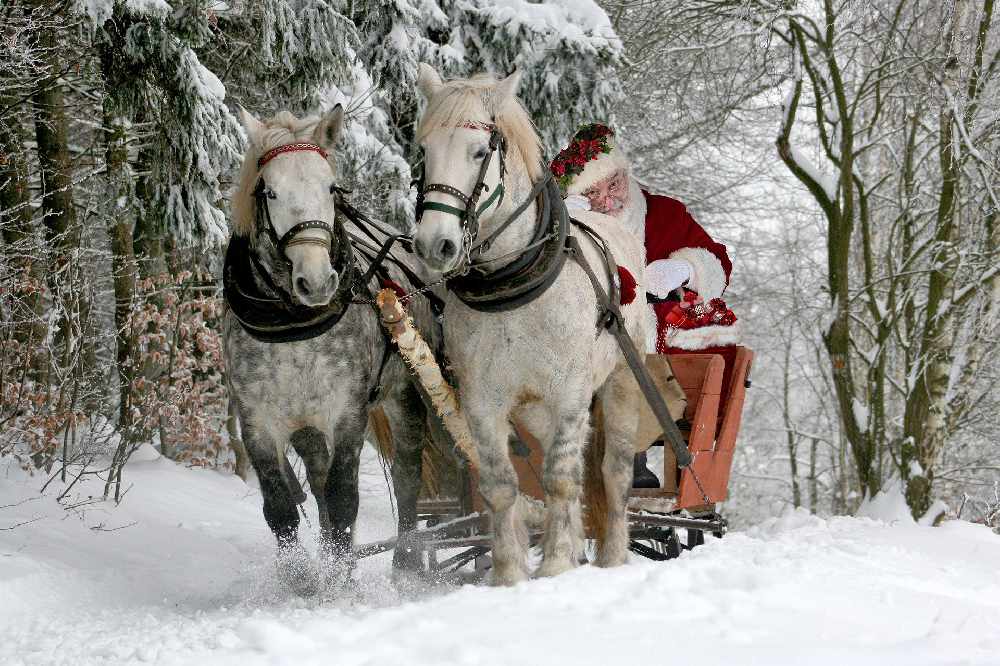