Little Does She Know (Kursaal Flyers)
(1976) ... quirky, one-off hit with lyrics that are firmly tongue in cheek ~ getting 'spin dryer', 'detergent' and 'underwear'  into the same song must have taken some doing 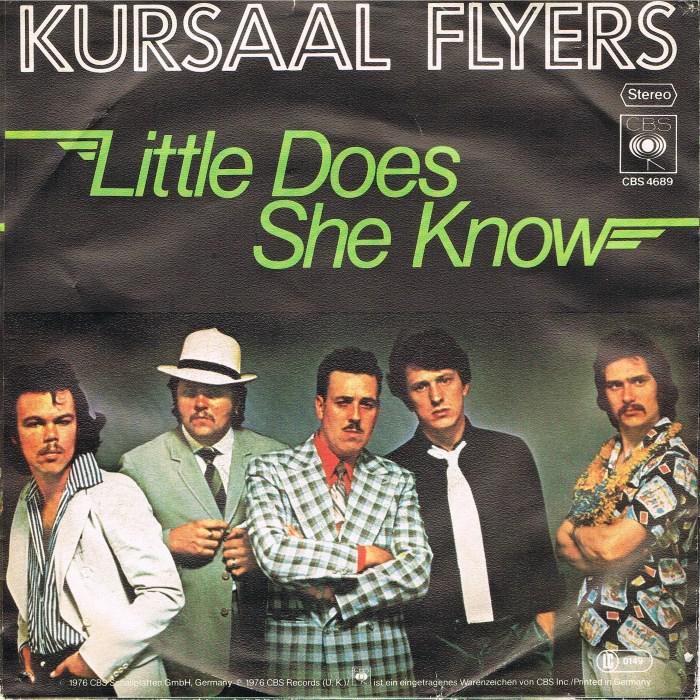 A  Lover's Concerto (The Toys)
(1965) ... based on a familiar classical melody, the Minuet in G Major from The Notebook for Anna Magdalena Bach ~ composed by her  husband, Johann Sebastian 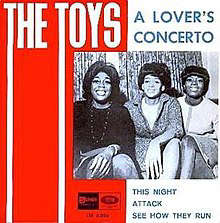 This Is How It Feels (Inspiral Carpets)
... their chart debut in the first of today’s featured years. The band officially hailed from Oldham, but in their early days, they often crossed over the Tameside border to rehearse at a studio owned by their keyboard player Clint Boon, who features prominently on This Is How It Feels, with its distinctive organ sound

From A Window (Billy J Kramer & The Dakotas)
(1964) ...... a Lennon & McCartney song, like three of their previous hits, Do You Want To Know A Secret, Bad To Me and I'll Keep You Satisfied. Billy J was a leading light of the Mersey Sound, even though the rest of the band were mostly from Manchester

Up On The Roof (The Drifters)
(1963)... written by Gerry Goffin and Carole King reaching number 5 on the US pop singles chart and number 4 on the R&B singles chart. In the UK it was a top ten success for Kenny Lynch 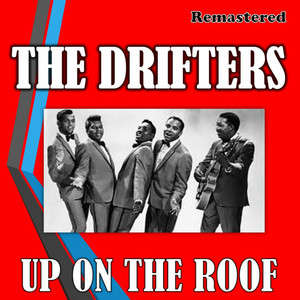 Passengers (Elton John)
(1984) ...   stands out in Elton's vast back catalogue as different to almost anything else he has ever done. Based on a South African folk tune which Elton and lyricist Bernie Taupin discovered and adapted. Unusually, Davey Johnstone, long time guitarist with the Elton John Band, also shares the writing credits along with Phineas Mkhize who recorded the original song 'Isonto Lezayone'  in 1963. Passengers - second of two Top 10 singles from the album Breaking Hearts - borrows the whistle riff and chorus melody from Mkhize's version  [W] 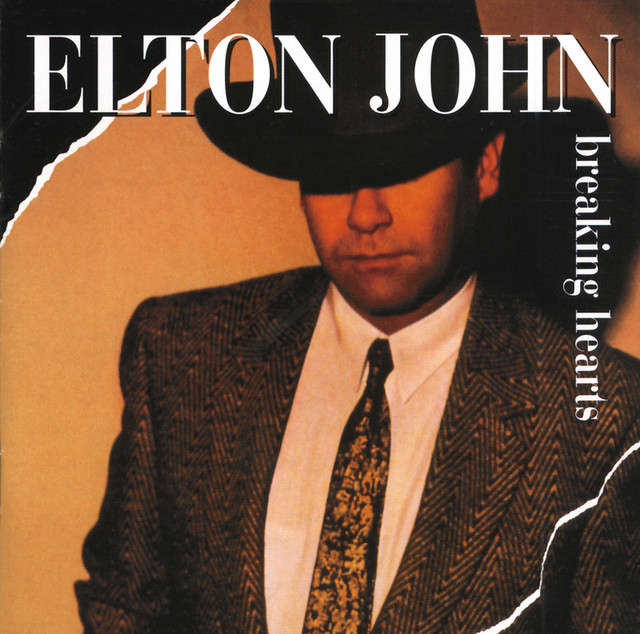 Dub Be Good To Me (Beats International)
... not so much a group, more a fairly loose collective gathered together by Norman Cook, formerly of The Housemartins and eventually better known as Fatboy Slim. Beats International was his first venture into electronic dance music ~ this re-working of The SOS Band's Just Be Good To Me, with vocals by Lindy Layton spent  four weeks at # 1. Meanwhile, the band launched by two other former Housemartins also had a successful year *

Everybody Needs Somebody (The Blues Brothers)
... Top 20 hit taken from the album The Blues Brothers Band Live In Montreux – recorded during a reunion tour  celebrating the feelgood music and spirit  of the original Blues Bothers film 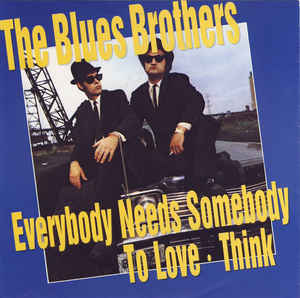 My Book (The Beautiful South)  *
...  single which stalled at a lowly # 43, from their second album Choke

I Want To Stay Here (Dusty Springfield)
... working with those Pet Shop Boys in the late '80s successfully revived Dusty's chart career, three decades after her debut. The album Reputation followed in 1990, which Neil and Chris co-produced. It included I Want To Stay Here, written by Gerry Goffin and Carole King, which had been a big hit for Steve Lawrence and Eydie Gormé back in '63 when Dusty was enjoying her first taste of success [W]

Birdhouse In Your Soul (They Might Be Giants)
... timeless, classic pop ~ it could be from almost any era, through to the present day, but would still sound just as wonderful 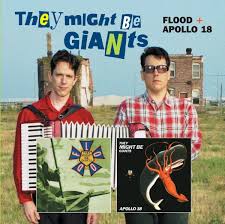 Strawberry Fields Forever (Candy Flip)
... not many bands would be brave enough to cover one of John Lennon's most iconic songs with The Beatles, but the duo Candy Flip succeeded in making it sound fresh and appealing to a new generation 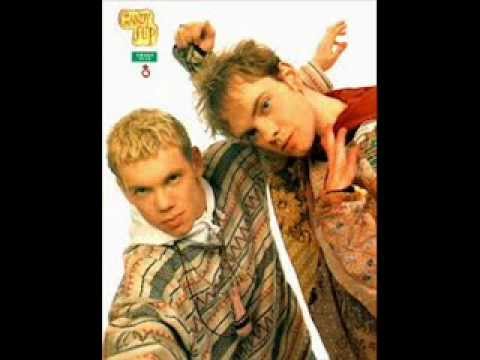 Better The Devil You Know (Kylie Minogue)
...  Stock Aitken Waterman song widely seen as a turning point in Kylie's chart career, as she began to move away from the girl-next-door in Neighbours to a more sophisticated image and sound 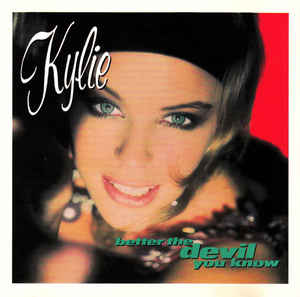 I Think We're Alone Now (Tommy James & The Shondells)
(1967) ... never a hit in the UK, the original version of the song which Tiffany took all the way to the top, two decades later

Ashes to Ashes (David Bowie)
(1980) ...  chart-topping lead single from the album Scary Monsters (and Super Creeps) featuring the return of Major Tom, the anti-hero of  Space Oddity.  Regular Sunday afternoon listener Jeanette, having recently seen the much travelled tribute show Absolute Bowie has rated Ashes to Ashes as one of the highlights. The whole show comes highly recommended ~  the next time it will be a reasonable travelling distance from Tameside is on Saturday 2nd July, at The Parish, in Huddersfield. It promises to be an extra special performance ~ billed as an 'exclusive double album spectacular in which the albums Aladdin Sane and Station To Station will be performed in full, plus an encore of even more hits' 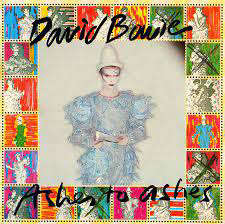 Please Mr Postman (The Carpenters)
...   teaser track for our second featured year ~ Top 10 cover of an already familiar song that suited their style down to the ground. The Marvelettes' original in the early '60s was never a hit here, but millions knew the song from The Beatles' version on the album With The Beatles (1963) 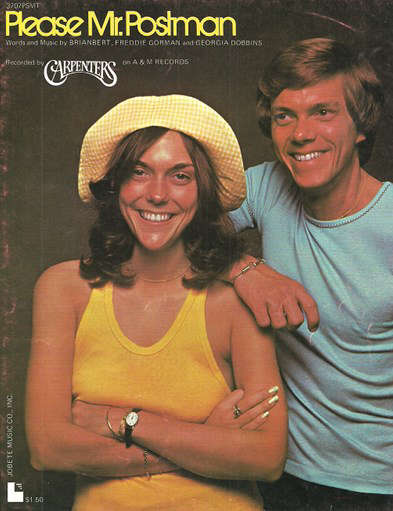 Chariots of Fire (Vangelis)
(1981) .... instantly recognisable Oscar winning theme from the mega-successful British film about two athletes striving for glory in the 1924 Olympics. Played today in tribute to Vangelis, the Greek musician and composer who died a few days ago, aged 79. He first came to prominence in the late '60s with Aphrodite's Child - the band which also featured  the later massively successful solo singer Demis Roussos.  From the same era as Chariots of Fire, chart-watchers will also remember Vangelis hits with Yes vocalist Jon Anderson, credited to Jon and Vangelis (I Hear You Now - 1980, # 8 and I'll Find My Way Home - 1981, # 6) 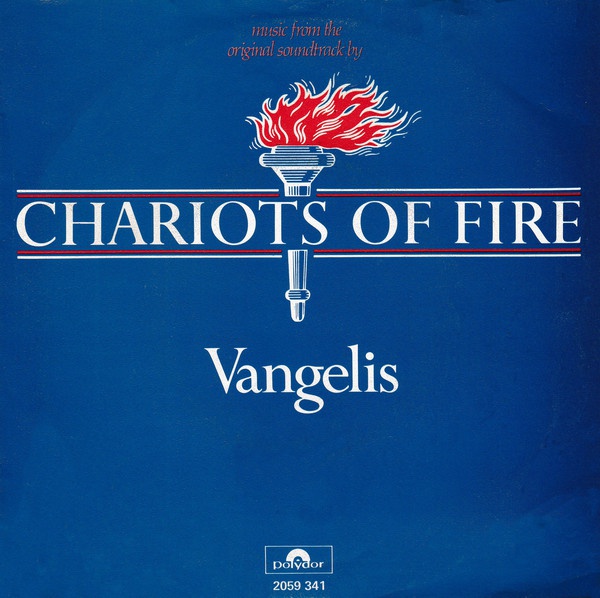 Rhayader (Camel)
(1975) ... melodic classic rock from the album The Snow Goose, inspired by the short story of the same name (by Paul Gallico)

Miracle Cure (Daniel Takes A Train)
(2022)... the latest song from the '80s time-warpers who released their first album 30 years after splitting up. Miracle Cure is all about self-help gurus, health and dietary fads and the quick fix culture, with a powerful drive-time friendly rock groove reminiscent of Tears For Fears, Prefab Spout, Simple Minds or Big Audio Dynamite in their mid-1980s pomp 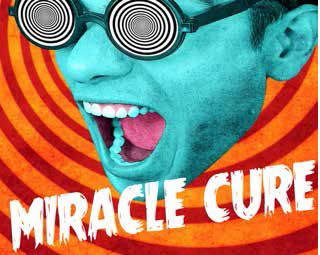 Let Me Be The One (The Shadows)
... flying the flag for the UK at Eurovision, Hank Marvin sings lead in a rare vocal outing for The Shads without Cliff. They finished a close second, pipped at the post by the Netherlands song **

I'm On My Way  (Dean Parrish)
...  Northern Soul dance floor classic which was re-released due to popular demand  and finally became a hit on the chart

At Seventeen (Janis Ian)
...  ...  much-loved, much-played song by a critically acclaimed singer-songwriter with lyrics which  many of her audience could immediately relate to.  In the UK it was the closest she ever came to success in the mainstream of pop, while across the pond, it made the Top 3, and deservedly so 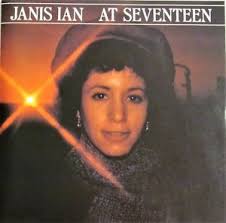 Swing Your Daddy (Jim Gilstrap)
... prolific session musician and singer who stepped briefly into the spotlight with a Top 10 hit in his own right. In the early '70s he was one of  Stevie Wonder's group of backing singers, Wonderlove and probably best known for singing the first two lines of the US No.1 and UK Top 10-er You Are The Sunshine of My Life. Other artists he has worked with include Quincy Jones and Elkie Brooks [W] 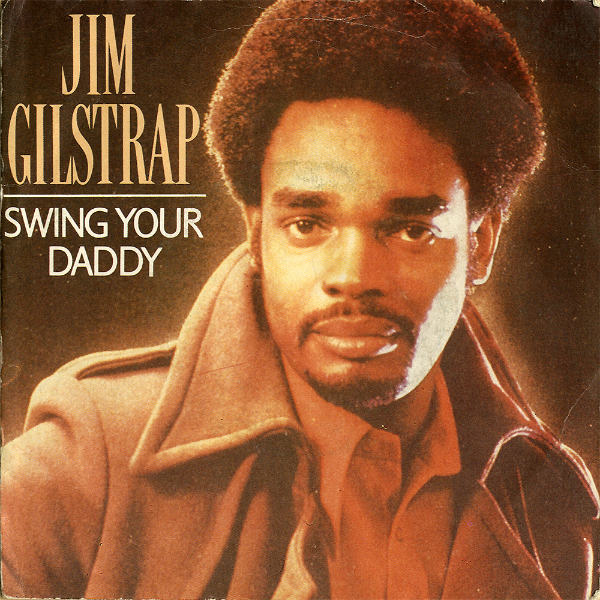 Oh Boy! (Mud)
... their third and final #.1, a brilliant, re-imagining of the song originally recorded in 1957 by Buddy Holly & The Crickets

Ding A Dong (Teach In) **
... on a night of  Eurovision triumph for the Netherlands, Teach-In were worthy winners, with one of the catchiest songs ever!   I think it's fair to say the song and performance owed much to Abba's phenomenal success the year before...but is still a whole lot of fun 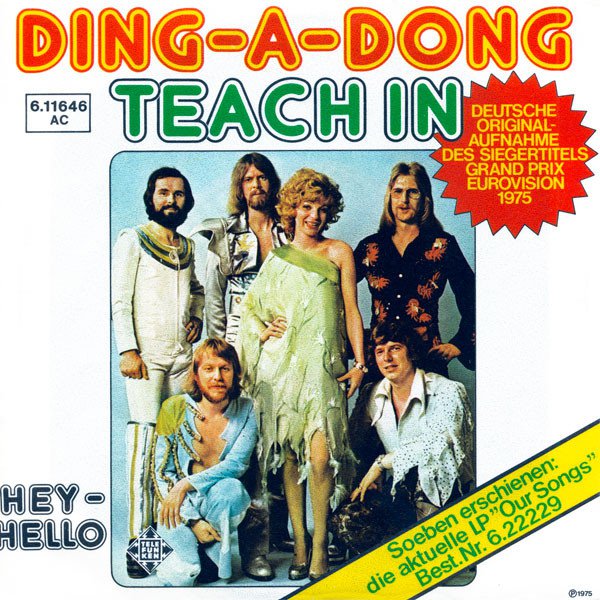 Only You Can (Fox)
... British-based band featuring the uniquely quirky vocals of Australian singer Susan Traynor, aka Noosha Fox. Only You Can gave them a Top 3 chart debut. The follow up Imagine Me Imagine You made the Top 20 and they completed the hat-trick the following year with S-S-Single Bed (# 4) 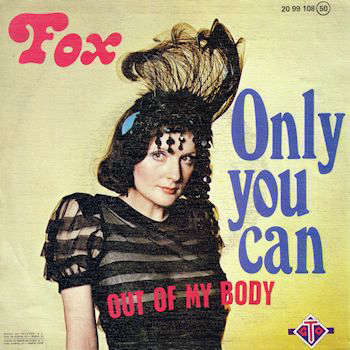