Three Little Birds (Bob Marley & The Wailers)
(1980) ... the title is tucked away deep within the lyrics which explains why it is better known by the oft-repeated hook line 'Don't worry 'bout a thing' 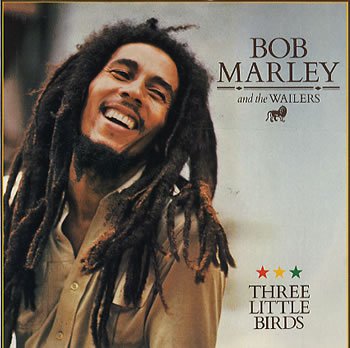 Nothing Rhymed (Gilbert O' Sullivan)
(1970) ... chart debut for Gilbert who immediately stood out from the crowd with his cloth cap image  but more importantly, the pure quality of his songs, lyrics and music. The cap was a fairly shortlived gimmick which did the trick and got him noticed. Fifty years on, he is still writing songs and performing live

King Of The Road (The Proclaimers)
...  from the first of today's featured years ~ twins Craig and Charlie Reid usually write and sing their own songs, their cover version of a classic '60s country chart-topper by Roger Miller being a rare exception, but slipping seamlessly into their repertoire 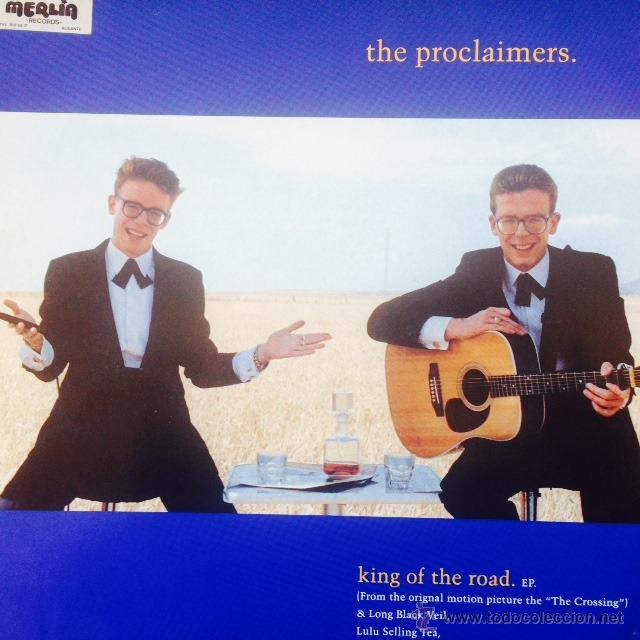 Peace and love across the decades
... from the heyday of the Fab Four to Paul McCartney flying solo

Words of Love (The Beatles)
(1964) ....  considering that Buddy Holly was one of their heroes and a major influence on their music, it was not until Beatles For A Sale, their fourth album that they got round to recording one of his songs. A reminder of how far ahead of his time Holly had been in his tragically short career - Words of Love sounds almost as though it was a Fab Four original, or at least written specially for them. More Beatles later...

Pipes Of Peace (Paul McCartney)
(1983)  ...inspired by the famous 'Christmas truce'  of 1914, during the First World War ~ in the video, two soldiers on opposite sides meet in No Man's Land and exchange photos of their loved ones while others exchange friendly banter and play football.   A different  song written about the same event is on the way # 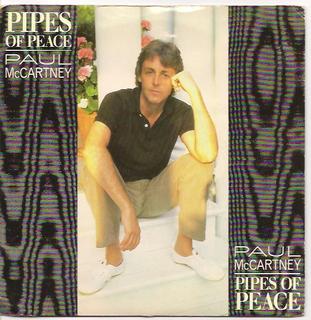 It's Going To Take Some Time (The Carpenters)
(1972) ... a Carole King-Toni Stern song which had appeared on Carole's recent album Music - covered by The Carpenters for their latest long player A Song For You which included the hits Goodbye To Love and Top of The World.  Richard Carpenter recalled choosing the songs from a pile of 7" singles he had to listen to. As soon as he heard It's Going to Take Some Time, he knew it would be a hit. The Carpenters' version was released as a single in the US and reached # 12 on the Billboard Hot 100 (Source: Wikipedia)

Reach Out And Touch Somebody's Hand (Diana Ross)
(1970)...  her first single after leaving The Supremes  - the group also recorded a version with their Motown label-mates The Four Tops for an album they made together The Magnificent Seven 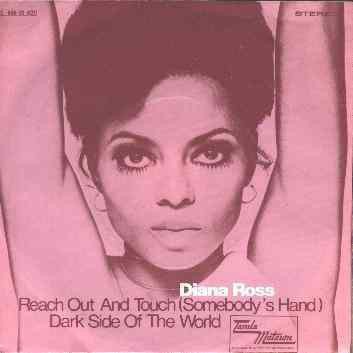 All Together Now (The Farm)  #
... signature song by the Liverpool band linking some of their favourite subjects ~ socialism, brotherhood... and football. Peter Hooton wrote the lyrics in his early 20s after reading about the Christmas truce of 1914.  With No Man's Land as its title, the song first saw the light of day as part of a John Peel BBC Radio 1 session in 1983. The chorus was added much later, after bandmate Steve Grimes suggested putting the lyrics of No Man's Land to the chord progression of Pachelbel's Canon. To shorten the song for radio, producer Suggs cut the song to three verses from its original six. It has been used by numerous football teams since, as well as by the Labour Party for their 2017 General Election campaign, often played during rallies (Source: Wikipedia)

I'll Be Your Baby Tonight (Robert Palmer with UB40)
... a one-off combining of talents, taking an old Bob Dylan song and creating a gently uplifting reggae ballad, similar in style to some of the slower songs in UB40's own repertoire. Another Dylan 'cover' is coming up towards the end of the show * 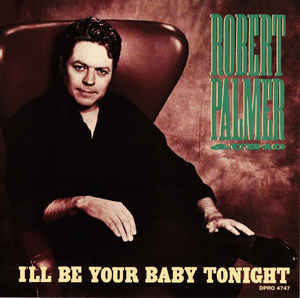 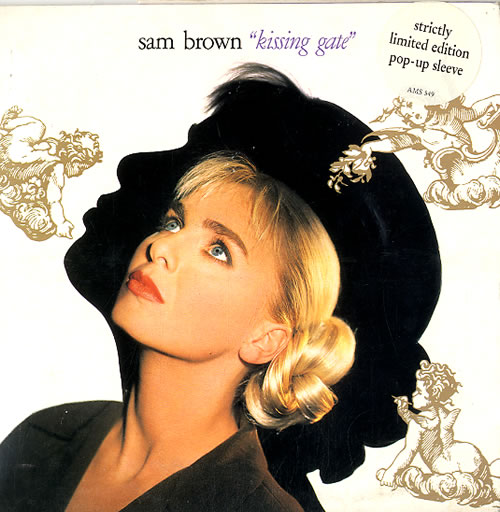 Hold On (Wilson Phillips)
... like Sam Brown, Carnie and Wendy Wilson have a famous dad, Beach Boy Brian Wilson. Chynna Phillips is the daughter of Michelle and John Phillips who were in The Mamas and The Papas 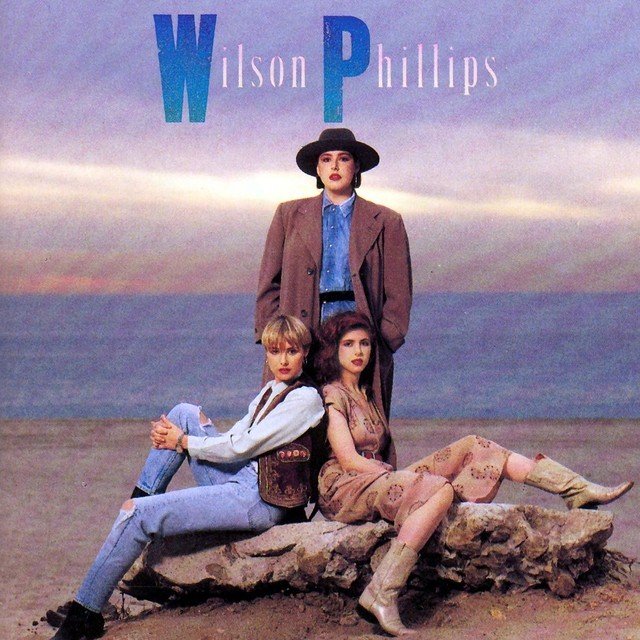 I'll Never Fall In Love Again (Deacon Blue)
... 'A ' side  of the EP  Four Bacharach & David Songs which gave them their highest ever chart position (# 2). The other three songs are: The Look of Love, Are You There (With Another Girl) and Message to Michael

What the World Is Waiting For (The Stone Roses)
..., one side of a double A side, coupled with Fool's Gold which returned to the chart a year after reaching the Top 10 as the Madchester scene went 'large'

Come And Get It (Badfinger)
(1969-70) ...  multiple Beatle connections ~ written and produced by Paul McCartney for the film The Magic Christian - which had a starring role for... Ringo Starr, along with Peter Sellers.  It became the debut chart hit for Badfinger - band from Swansea, previously known as The Iveys who had signed with The Beatles' Apple Records.  McCartney had recorded the original demo a few months earlier while working on Abbey Road, the Fab Four's final studio album. This version remained unreleased - bootlegs aside - until 1996 when it was included on Anthology III 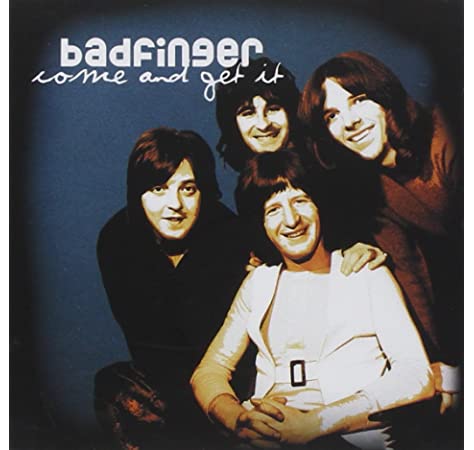 You're The Best Thing (The Style Council)
(1984)... one of their stand-out songs of which there were several ~  now available as part of a new 'definitive' collection Long Hot Summers -The Story of The Style Council, co-compiled by the man himself, Paul Weller. A TV documentary of the same name, featuring interviews with Weller and other long term band members Mick Talbot, Steve White and Dee C Lee aired last weekend on Sky Arts 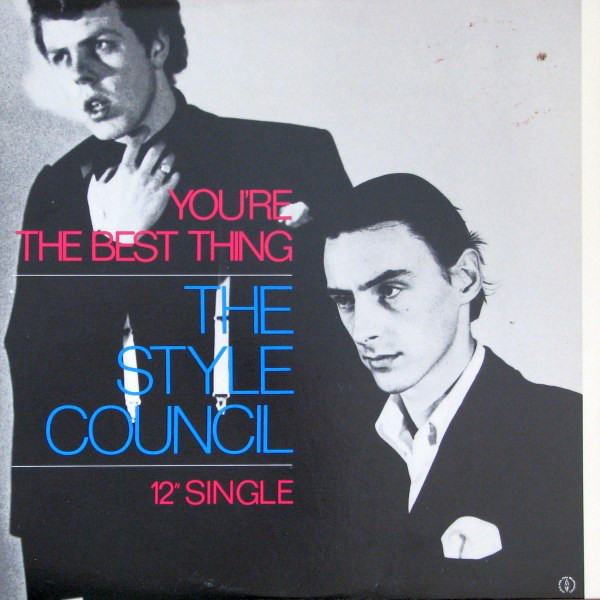 Some of Your Lovin' (Dusty Springfield)
... teaser track for our second featured year ~ Dusty gives a soulful performance of the Gerry Goffin-Carole King song her second consecutive Top 10-er to peak at # 8, following on from the pure pop sing-a-long In The Middle of Nowhe

Chariots Of Fire (Vangelis)
(1981) ...Oscar winning theme from a mega successful British film about two athletes striving for glory in the 1924 Olympics

Borsalino (Bobby Crush)
(1972) ...  piano-based theme tune of a French gangster movie, played by the then 18-year-old winner of the TV talent show Opportunity Knocks, who went on to receive the Variety Club of Great Britain award for 'Best New Artist' of 1972. He performed at the London Palladium already having achieved an album in the Top 20 and a Top 40 hit single with Borsalino (Source: Wikipedia)

(What's So Funny 'Bout) Peace Love and Understanding (Brinsley Schwarz)
(1974) ..... much played turntable hit, which failed to break through on to the chart, written by the band's lead singer and bass player Nick Lowe, who went on to find solo success (I Love the Sound of Breaking Glass, Cruel To Be Kind). What's So Funny 'Bout... was later covered by Elvis Costello & The Attractions 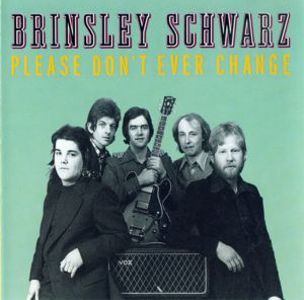 Yellow (Jodie Whittaker)
(2019) ... the first woman to play the Doctor in Doctor Who was one of several well known actors not previously noted for their musical ability challenged to sing for last year's charity album BBC Children In Need Got It Covered. Jodie takes the Coldplay classic and gives it her all. Her voice sounds completely natural, like a breath of pure, fresh air, unmistakeably Northern - Yorkshire born and bred, from Skelmanthorpe, a village on the outskirts of Huddersfield - and proud to be so!

Catch Us If You Can (Dave Clark Five)
...   Top 5 song here and in the US, from their big screen adventure of the same name 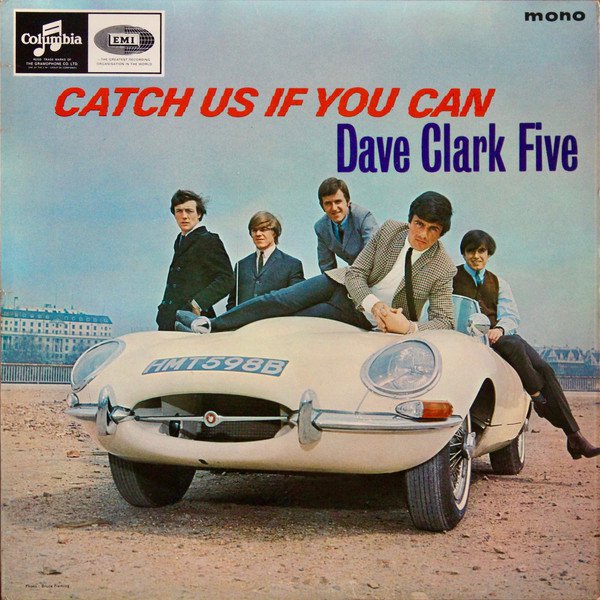 Yesterday Man (Chris Andrews)  (unfortunately not played, on the show due to pressure of time - see note ***/### below)
...  singer who had already written a string of hits for Sandie Shaw. Yesterday Man reached # 3 in the UK, and # 1 in Ireland, New Zealand, Germany and Austria 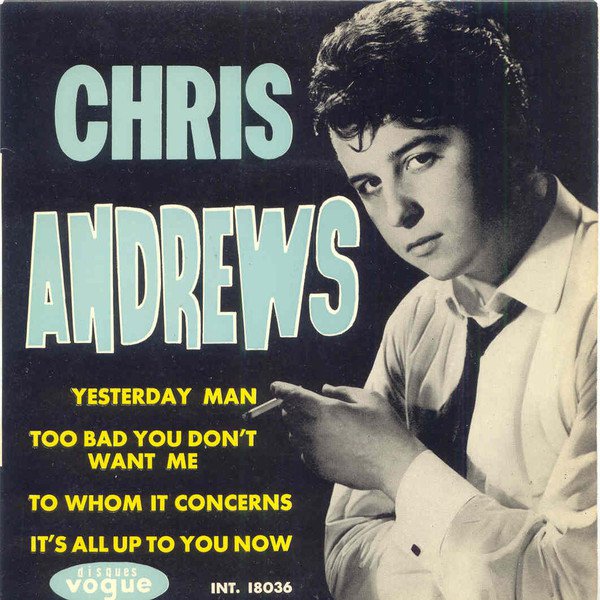 What's New Pussycat (Tom Jones)
... yes, it's another film song, this time by the one of the year's breakthrough performers, the recently discovered Voice of the Valleys

All I Really Want To Do (Cher) *
... one of two hit cover versions of the Bob Dylan song which made the chart at the same time - the other was by The Byrds.. Keeping up the connection... 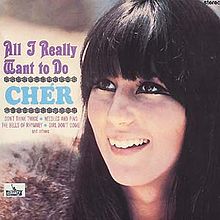 Norwegian Wood (This Bird Has Flown) The Beatles)
... the Dylan influence is clear from the start of this John Lennon song for the Rubber Soul album, released in December '65

Here It Comes Again (The Fortunes)
...   Birmingham group's second time in the Top 10, following You've Got Your Troubles earlier in the year 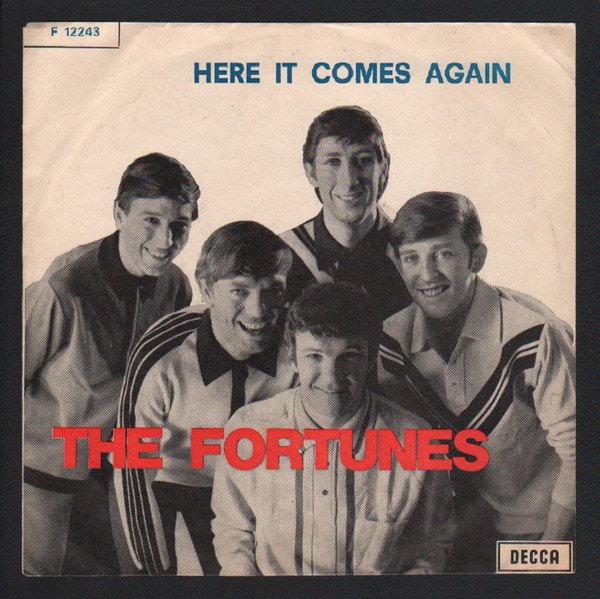 ***/### As I prepare the weekly music blog a couple of days in advance, the track-by-track information may not always match the exact running order of the live show which is later available 'On Demand; via the website. Sometimes I might squeeze in an extra song or short instrumental up to the news, or may have to leave out a song which I'd planned to play.