The Tameside Radio presenter, who has reached an impressive milestone in his weight loss journey this week, talks about the government's recent law change to add calories to dishes on menus.

Counting calories is something I haven’t done this year at all, yet I’ve managed to lose two stone! I know this sounds a bit like a humblebrag, but stick with me. It’s relevant!

I’ve written a few times in this column about my Slimming World journey so far, and I honestly think my favourite thing is that my clothes actually fit properly for the first time in years. I’ve also never eaten as much baked apple Skyr from M&S. 1.5 syns for the whole pot, but don’t tell anyone. It’s our secret.

The beauty of the Slimming World programme for me is that, in essence, there is a recognition that you have to live your life.

You can’t sit at home, avoiding social interaction, and listening to the clock ticking. Life is for living. Every now and then, a blow out needs to happen! It’s about planning for it, enjoying it to the max, and then getting back on track afterwards. You may have recently indulged on Easter treats, and I absolutely wouldn’t blame you!

I firmly believe life needs to have treats of the properly decadent, throw caution to the wind variety. We’ve all spent a lot of time since March 2020 apart from friends and family, unless we had a famous London address. Now is the time to get out there and grab life with both hands!

Next time you’re out for a slap up feast at a local restaurant, do you really want to see the calories of every dish plastered all over the menu?

I know some chains have done this for a while anyway, but a law came in recently obliging large businesses with over 250 employees, including restaurants, takeaways and cafes, to “display calorie information of non-prepacked food and soft drinks”. Smaller businesses are “encouraged” to follow suit, and we’re told it’s part of plans to “level up the nation’s health”. They do love that levelling up phrase, don’t they?

Jim Pickard, a journalist for the Financial Times, tweeted a photo of a menu last week, which proclaimed the sticky toffee pudding with butterscotch sauce and vanilla ice cream was a shirt button-popping 1579 calories! Tagliatelle of green vegetables comes in at over 1000 calories, presumably because of the lemon and chive cream sauce. Two Eton Mess puddings are a mere 866 calories, so on that basis you’d plump for those over the veg. Madness!

With at least 1.25 million people in the UK suffering from eating disorders, I worry that slapping calorie counts on menus is a pretty crude move that will do absolutely nothing to help them.

It’s been done in America since 2018, and I don’t see the obesity problem getting much better there. It feels more a case of “something needs to be done”.

Will restaurants begin to curate dishes based on whittling the calorie count down a bit, rather than making them as tasty as possible? I’m not saying we should eat a sticky toffee pudding every day with careless abandon, but is it really helpful to be told we’re scoffing 1579 calories when it’s a treat?

I know I’ve become something of an evangelist for the Slimming World way of life, but I love the fact I can eat unlimited fruit and vegetables, boiled eggs, gherkins, salmon and lean steak. I never have to even look at the calories any more. They are simply one measure, and not the whole picture. And I appreciate gherkins will divide the room.

There is an interesting loophole in the new legislation too. Specials on offer for 29 days or less don’t need to have the calories stated. I’m guessing we are going to see a lot more dishes going on the specials board, and therefore exempt from the calculator of shame.

My ultimate worry is that the people whose dining out experience will be most affected by this change are not the people who might benefit from watching what they eat a bit more.

Ultimately, I honestly don’t believe it will do anything to change the nation’s burgeoning average waistline measurement. The experts seem to agree. Stuart Flint, who is an associate professor of the psychology of obesity at Leeds University, recently told the Observer newspaper : “Obesity is very complex. If it was as simple as eating less or more, people wouldn’t gain weight to the extent we have at the moment, and people would be able to lose weight more easily.”

The brilliant Jay Rayner wrote earlier this year about recovering from a calorie counting addiction, and said that restaurants were a refuge for him in those obsessive days, remarking: “my weight worries were outweighed by the company, atmosphere and sense of occasion”.

The risk of all this is that it could turn what should be a thing of joy into an ordeal for those who suffer from eating disorders, whilst for the rest of us, the small numbers on the menu will quickly blur into insignificance. There has to be a better way. This legislation is an Eton Mess. 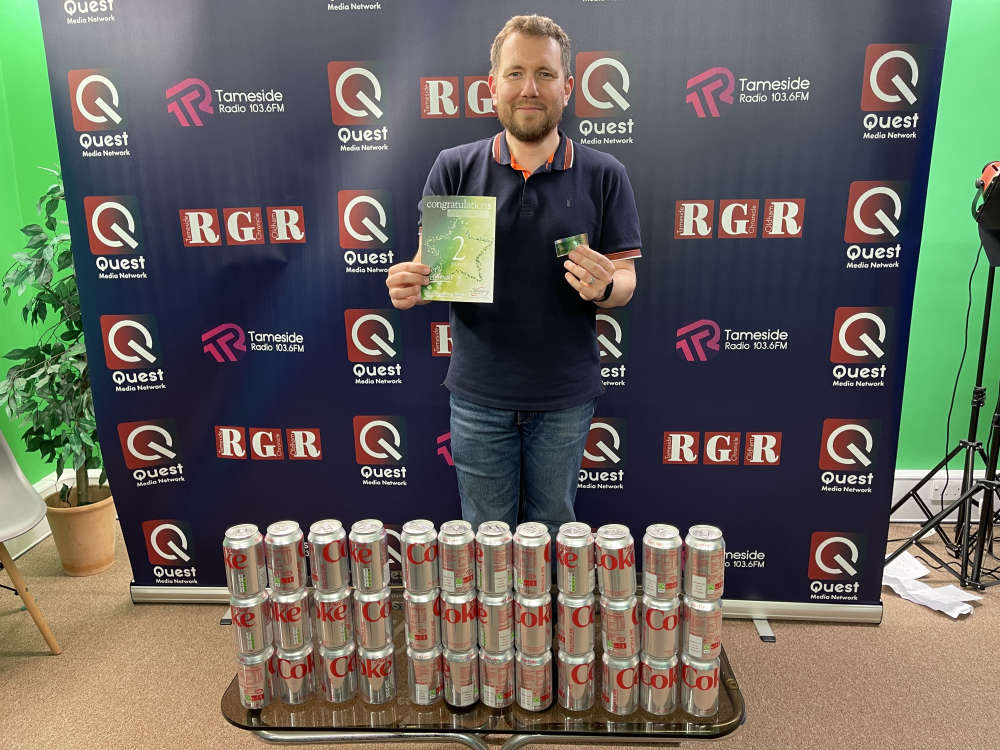 Congratulations to Tameside Radio presenter Alex B Cann, who has lost the equivalent weight of 36 cans of Diet Coke since the start of the year!